Teaching "stranger danger" to children confuses them and ignores abuse that can come from people they know, a police advisor says. 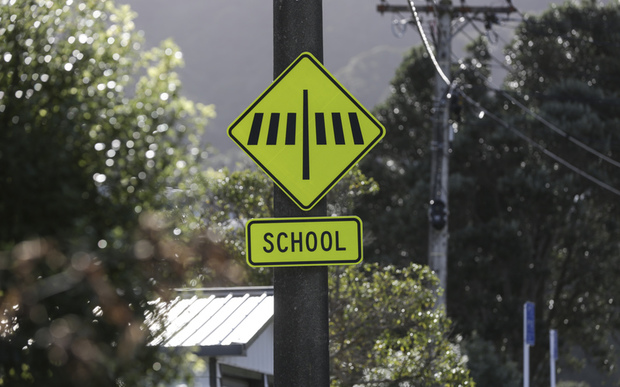 Roland Hermans, who helps put together educational programmes for the police, said older methods for teaching children about risks were outdated and didn't work.

Current school schemes had moved away from the "stranger danger" theme that was so prevalent in the 1980s and 1990s, he said.

"By honing in on stranger danger, it means that the non-stranger abuser has an easier job.

"They don't wear their raincoat, they haven't got the bristles, they're not mean and nasty."

Most abusive relationships started with the abuser acting nice, and that confused children, he said.

In another study, children were asked if they knew how to identify a stranger, and many answered "if I saw one, I'd recognise one".

"They're really thinking about this cartoon character," Mr Hermans said.

Keeping Ourselves Safe - a programme that has been running in schools for over 30 years - instead focuses on teaching children the types of behaviours to look out for.

"Learning about feelings, learning about different types of touch, no matter who it comes from," Mr Hermans said.

These tools allowed children to be alert to abuse, and encouraged to report it, even when it did come from someone they knew.

"What's important is they recognise that the behaviours can come from anyone, whether it's a person unknown or a person right up into that family situation."

In some situations, he said, abuse could begin with something that felt safe, and by the time the child realised something was wrong they were afraid of telling someone.

"By that stage often the child thinks 'if I tell someone I'm going to get into trouble'.

"These are the sort of situations that Keeping Ourselves Safe talks about, so that they are much more equipped to recognise those behaviours rather than focusing on people."

Those tools would also come in handy when dealing with a real "stranger danger" situation - as highlighted by a recent incident in Wellington.

In July, a primary school pupil from Ngaio School was walking home when a man attempted to grab them from a car.

The child struggled and broke free, only to be chased to a nearby railway station.

"Our focus had been more on bullying and food safety."

She said, following the incident, parents were encouraged to have conversations with their children about sticking to safe routes while walking to and from school, and avoiding shortcuts and isolated areas.

Two weeks ago, a similar incident occurred, she said.

"A child wasn't actually grabbed, but felt hugely concerned walking to school and seeing a van parked in a bush area and reported that when they got to school."

Ms Millar said, by giving children the tools to identify danger and report it, it gave them and their parents more confidence about walking to school.