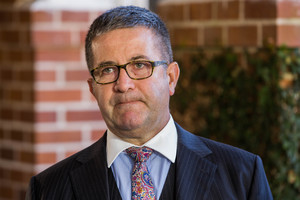 The technique has been used several times, most recently in the case of Tawera Wichman, who was jailed last week for the manslaughter of his baby daughter.

It was also used to convict Kamal Reddy of the murder of his ex-girlfriend and her three-year-old daughter in 2006.

When police put a Mr Big scheme into practice, they essentially set up a fake criminal gang, and entice the suspect to join, on the condition they must confess any previous crimes to the fake gang's leader.

Such operations have attracted controversy and accusations of entrapment in Canada and Australia, and the technique is not used in the United States or the United Kingdom.

Lawyer Jonathan Krebs has defended a client who was involved in a similar police sting to Wichman, and was also the lawyer for Teina Pora, who was famously the victim of a false confession.

He told Nine to Noon the tactic created a risk of false confessions and shouldn't be used.

"I can understand that there will be a lot of people who will think 'well, if it solves crime then let's just get on with it'. That's a slippery slope.

"The pendulum in my view has swung too far, we certainly want crime solved but we want to have it solved in a way, which is consistent with our rights and what is a fair approach."

He said he could understand the standard undercover approach, and wasn't worried about that, but the Mr Big technique raised questions.

"The undercover operations I think most people are familiar with are generally where police officers have posed as criminals and managed to inveigle themselves into a criminal operation to observe, to take notes, to see what goes on and later give evidence against those that have committed the crimes in court," he said.

"But what were talking about with the Mr. Big situation is something quite different. It's all after the fact and it isn't looking at getting hard and fast evidence of what actually occurred in relation to a potential offence. What's it looking for is to obtain a confession."