Parenting - Resilient grieving, the loss of a child

When Lucy Hone's 12-year-old daughter Abi was killed in a road accident, her grief was overwhelming.

At the time Lucy was studying for her Master's degree in resilience psychology – and she decided to use it to help with her family’s trauma. 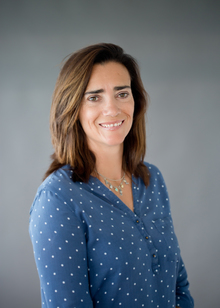 The crash also claimed the lives of Abi's friend Ella and Ella's mother Sally Summerfield. It was caused by a Dutch visitor who failed to stop at a stop sign. The triple tragedy received wide media coverage.

After Abi died, Lucy Hone wondered whether the resilience psychology she had been immersed in, could be applied in practical ways to deal with the trauma that she and Abi's Dad and two brothers were experiencing.

She has written a book called What Abi Taught Us which tells of her own fight for sanity, as the family endured some very dark days.

KR: It’s a cliché, but in an instant everything changes.

LH: Yeah, absolutely. Like everybody you never think it’s going to happen to you. And when we first heard there was an accident it truly never occurred to us it would involve our girls. Maybe they had been held up perhaps, and they might be a little bit late, but they never said they were going to get down at the same time as us to Ohau. So it wasn’t until we called the police to say “just checking in, we are here, three families and we are letting you know we are here and we are expecting the Summerfield to arrive". And then we got a phone call from the police saying that they wanted to speak to us. And then, obviously in that moment, your lives take and extraordinarily different path.

KR: In that very, very early stage is it even possible to explain the overwhelming sensations, but also this underlying instinct you had that ‘we’ve got to fight for our survival here’?

Yes, in a lot of the research I’ve done it’s not that uncommon. And certainly from the feedback I’ve had from people this week who have started reading my book. I’ve had comments from people saying thanks for putting words into how I feel and normalising, in some ways, that determination to get through. So we know from resilient phycology that it’s kind of best defined as a determination to do whatever it takes to survive. To force yourself to think in certain ways and act in certain ways just to get through.

Is it a case that everything starts again?

I think we certainly feel that you’re living two different lives, our middle boy Paddy says exactly that – he’s living a different life now. But you know we didn’t have any choices over their deaths and we all feel really strongly that we do somehow have choice over how we approach our recovery. So there is that sort of determination and desperation to do whatever you can to enable you to get back to living a reasonably ordinary life. And I think it’s important to emphasise that my goal from the outset was only ever mainly functioning. It wasn’t a very ambitious goal, but it was mainly to see how we could get out of bed in the morning.

That in itself can be an achievement some days can’t it?

Yes there are good signs to show that distracting, engaging activities are really good ways to enable us to keep doing what we do and to carry on. I came across this beautiful grief theory called the oscillation theory and it says that we approach our grief and then we need to withdrawal, and that really resonates with me. Sometimes I’m strong enough to deal with it and I really do get glimpses of what’s really happened to us and there are other times that I definitely can’t cope with it so I want to ignore it and immerse myself in work and friendships, and our dog, our silly dog – it really helps to get up and walk the dog in the morning. There’s a myriad of strategies and a lot of them are very simple and practical, and they just require commitment to help us get through this.