Good all-round life skills are as important to employers as grades, an Auckland academic says.

Auckland University of Technology vice-chancellor, Derek McCormack, said a survey of Auckland's top employers found that grades were only one factor they looked for when hiring graduates. 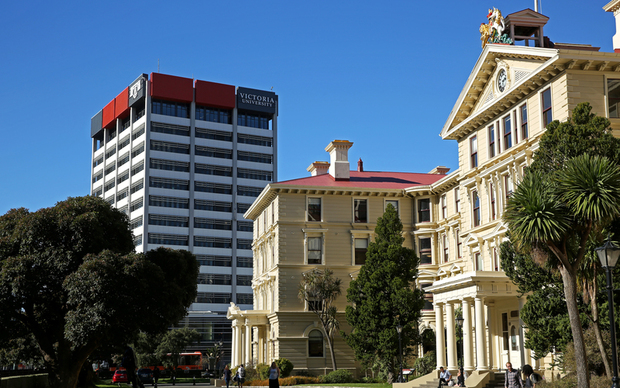 It's not all about grades, according to a recent survey of top employers. Photo: RNZ / Alexander Robertson

"I'm not really saying that students should only get C's at university, obviously getting good grades is a good aspiration to have.  But I'm suggesting that the real value of your university education comes from things like; creativity, curiosity, carefulness, collaboration, ability and communication, critical reasoning, context awareness, cultural competence and coping with complexity.

"These are the sort of skills that are likely to make you useful in a practice setting, in an enterprise, in employment," he said.

Mr McCormack said employers were looking for team players, who produced high quality work -  traits that could be hard to measure.

"So sometimes good grades are a proxy, and that will be the first base that people go for. Some of the big international employers don't worry about what grades you've got at university and they have their own tests, where they look for these sort of qualities. Companies like Google, Facebook and Apple."

He said at AUT they were looking to provide students with as many opportunities as possible within their course.

"In business, or indeed in visual arts, students are asked from a very early part of their course to stand up the front, explain things, receive criticism, to participate in the critique of others. So there's an interaction," he said.

Mr McCormack said no one could predict the sort of job opportunities that would be around in 5 to10 years.

"Some of the job opportunities we can't even imagine. And so that again, is where these C skills are so important, because they are likely to be valuable as the future changes the world because they can be transferred from one employment and practice setting to another," he said.

Derek McCormack spoke to Kathryn Ryan on Nine to Noon.