09:05 How can we stave off a fresh wave of Covid job losses? 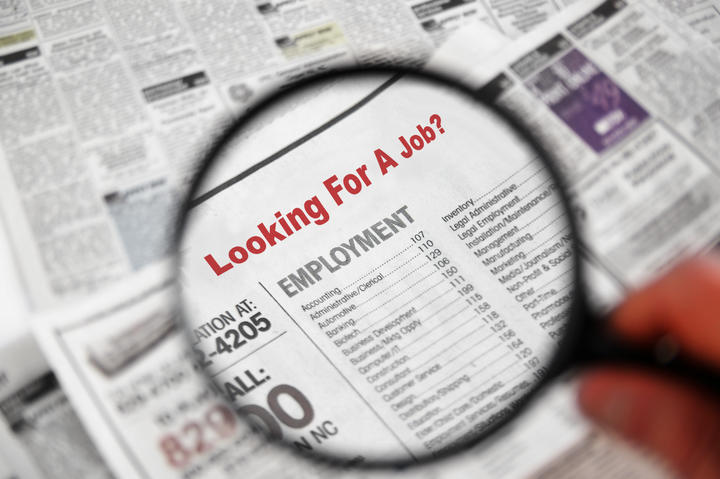 We're at the half way mark of the government's 12 week wage subsidy which so far has paid out over $10.5 billion to nearly 1.75 million New Zealanders . In the first four weeks of lockdown 33,000 more people went on the unemployment benefit - meaning 5.8 percent of the working-age population is now receiving jobseeker support, up 1 percent on a month ago. Already there are predictions that the end of the wage subsidy scheme will see a new wave of redundancies at the end of next month. The Finance Minister Grant Robertson will deliver his third budget next week - what measures can he produce to address the scale of the economic crisis and try to turn the ship around? Kathryn talks with independent economist Cameron Bagrie, chief economist of the think tank, the New Zealand Initiative Eric Crampton and Andy Hamilton, former CEO of the business incubator The Icehouse, now director of its investment arm, and co-founder of the small business support platform Manaaki. 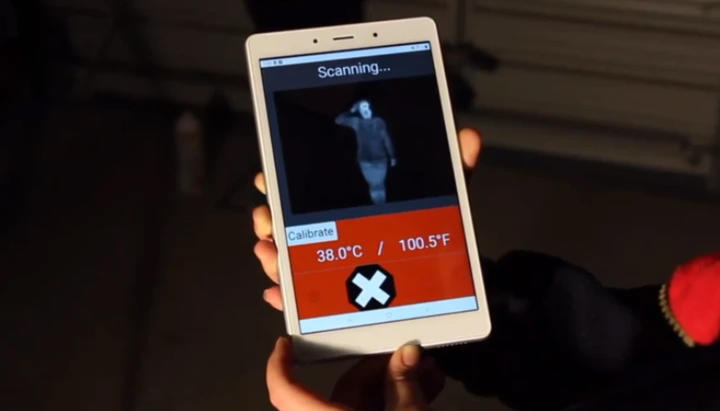 A group developing technology for smart thermal camera systems for predator control has teamed up with University of Canterbury mechanical engineers, Callaghan Innovation, and the Auckland Bioengineering Institute to help detect fever at our borders, hospitals, supermarkets and other workplaces. Founder of the Cacophony project Grant Ryan shares the idea with Kathryn Ryan of developing an innovative sensor device which can carry out thousands of temperature tests daily whose usual application is ridding NZ of rats, stoats and possums.

Europe correspondent Seamus Kearney joins Kathryn to talk about how Europe is hoping to lead the way in bringing world leaders together to fight Covid-19, arguing a global crisis needs a global response. They've also vowed support for the World Health Organisation, in contrast to the US which froze its funding. As lockdowns are eased in some countries, the response of individual countries is going under the microscope. 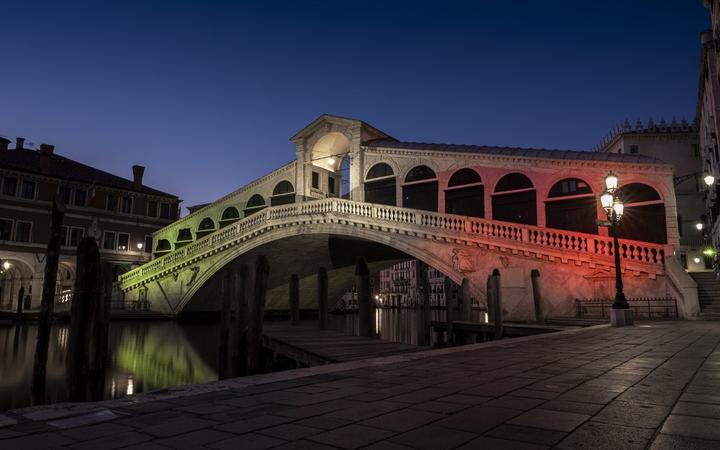 The Rialto bridge in Venice is lit on May 1 in the colours of the Italian flag as a symbol of support for those affected by Covid-19. Photo: Roberto Silvino/NurPhoto/AFP 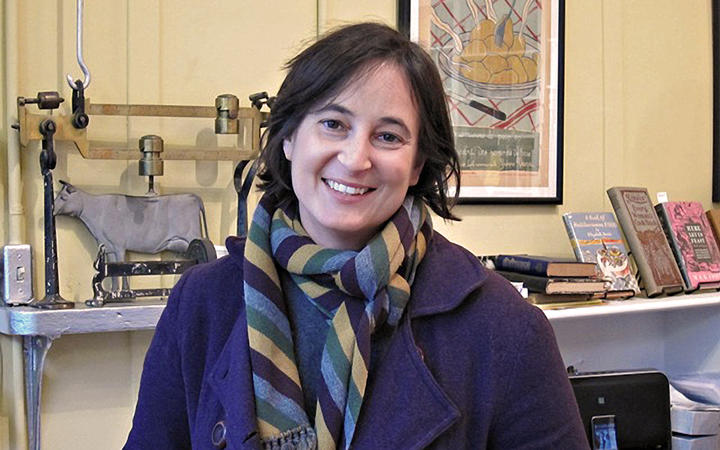 Celia Sack has a pretty special shop. It's called Omnivore Books and it collects and sells cookbooks from all over the world from its brick and mortar storefront in San Francisco. Remote delivery of books has taken on a whole new level of life under lockdown and Celia has noticed a huge spike in interest in home cooking and culinary experimentation. She's also an author herself with her book The Omnivore's Recipe Keeper  which helps people build their own recipe books. 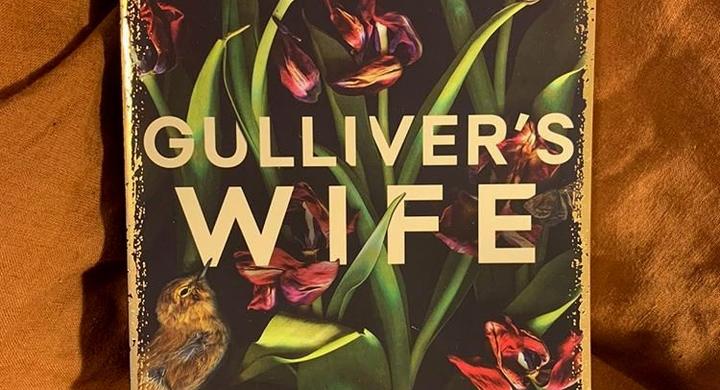 The Bright Side of My Condition, episode 9. Written by Charlotte Randall, read by Brian Sergent. 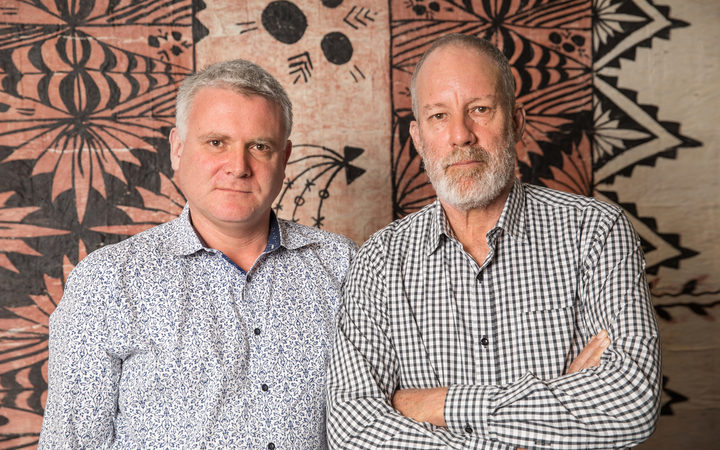 Matthew and Stephen discuss the growing expectation for a move to level 2, given the number of daily cases of Covid-19 is consistently in single figures.

Matthew Hooton is an Auckland based consultant and lobbyist.

Kathryn meets Judi Ashby from Pa Hill Produce in Miranda, on the Firth of Thames. Judi and her business partner Jean produce a range of chutneys, jams, sauces and peanut butters. 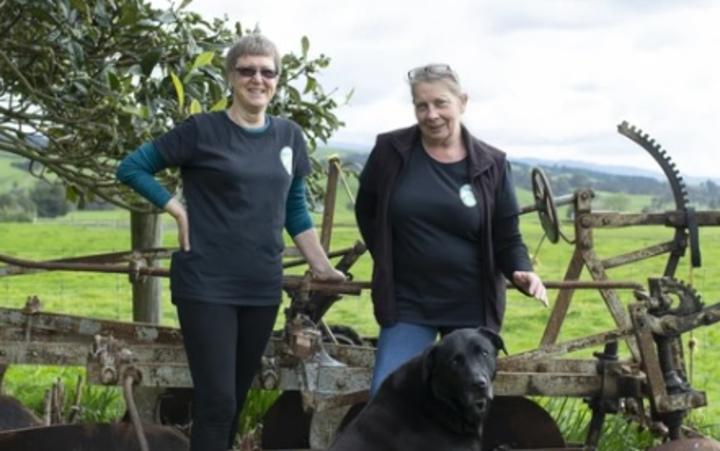 11:45 Coping with Covid at home and a half-built kitchen during lockdown 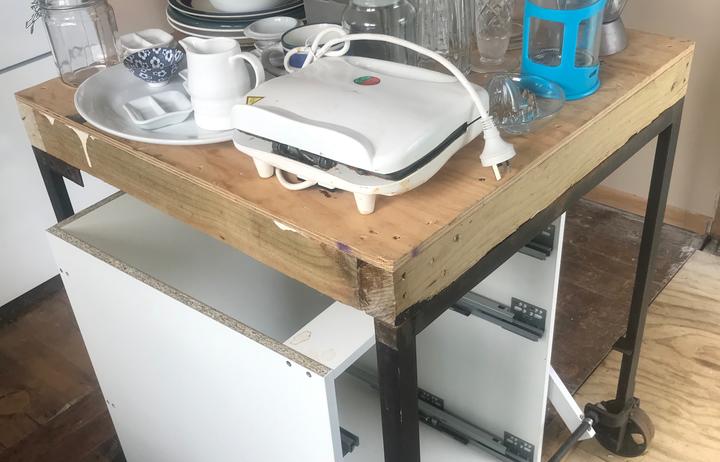 The kitchen has become a hive of activity during lockdown. Bill joins Kathryn to talk about how kitchen design has evolved from being out the back of the early settlers cottages to becoming a central part of the house in a more open plan design after World War II.