09:05 Some service stations face closure as trade plummets by 95 percent

The level 4 alert lockdown and the Government's directive for staycations over Easter are compounding a worrying business outlook for many independent service stations, and also biting into the profitability of larger operators.
The Motor Trade Association, which represents more than three and a half thousand automotive businesses says trade is all but at a standstill. The MTA's Chief  Executive Craig Pomare, and independent petrol retailer, Terry Walsh who owns the Mobil at Omarama, and the Mobil at Twizel talk to Kathryn about their concerns. 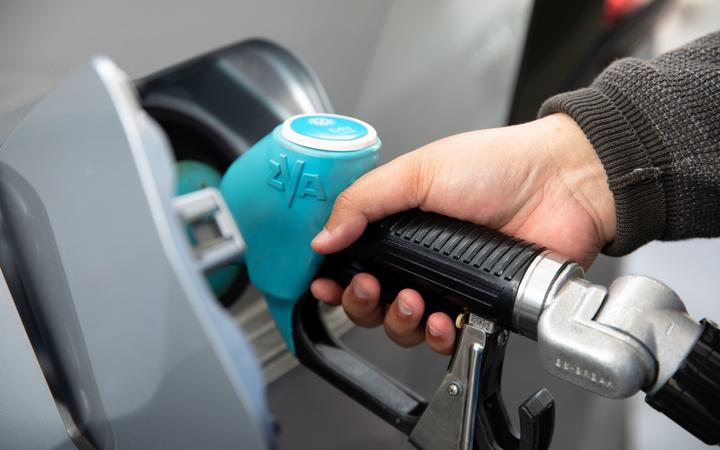 Comprehensive contact tracing is being touted as the single most important thing New Zealand could do to stay out of another lockdown. Around the world, many countries are looking at how technology can help. In Singapore, more than one million people downloaded an app that identifies people who have been within two metres of coronavirus patients for at least 30 minutes. But what privacy issues can such technology raise? Kathryn talks to Privacy Commissioner John Edwards. 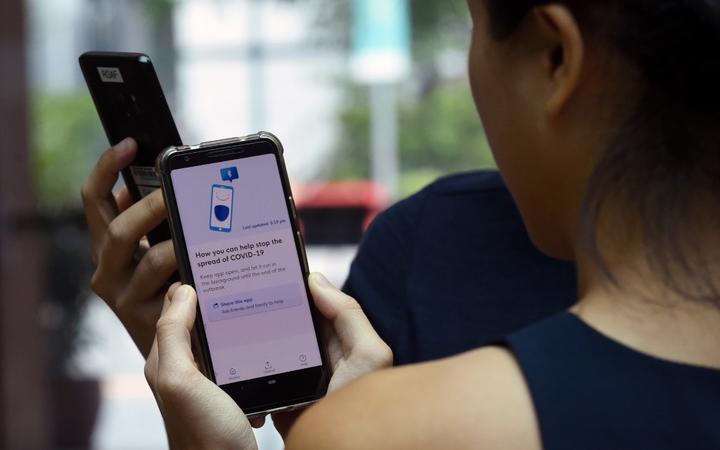 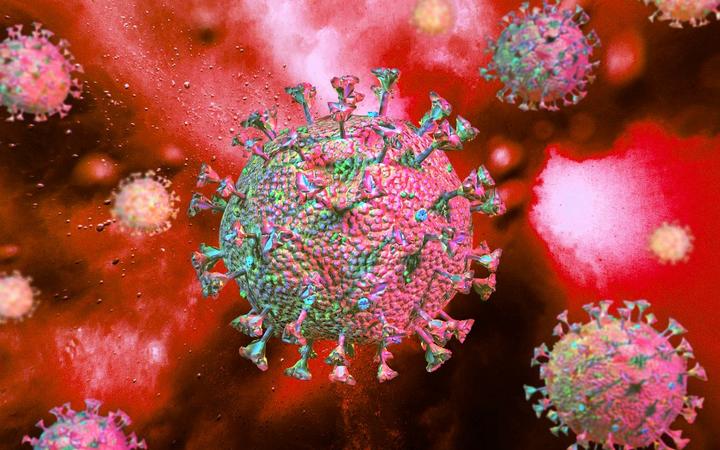 The race to find a vaccine against Covid-19 is on with several major pharmaceutical companies announcing they plan to begin testing. Johnson & Johnson, the world's largest pharmaceutical company, has partnered with the United States Department of Human Health, and intends to start human trials in September. Johnson & Johnson is working off a vaccine platform the company used for experimental vaccines for Ebola and Zika. Vice President of Medical Affairs for Asia Pacific at Johnson & Johnson, Paul Kershaw tells Kathryn the goal is to provide global supply of more than one billion doses for emergency use by early next year.

UK correspondent Hugo Gye joins Kathryn with the latest on PM Boris Johnson's condition and the steepest one-day rise in the number of fatalities. As the outbreak continues to rage, there are growing calls for Brexit trade talks to be postponed and the transition period to be extended. New Labour leader Keir Starmer has fired most of his predecessor Jeremy Corbyn's left-wing allies and replaced them with moderates. 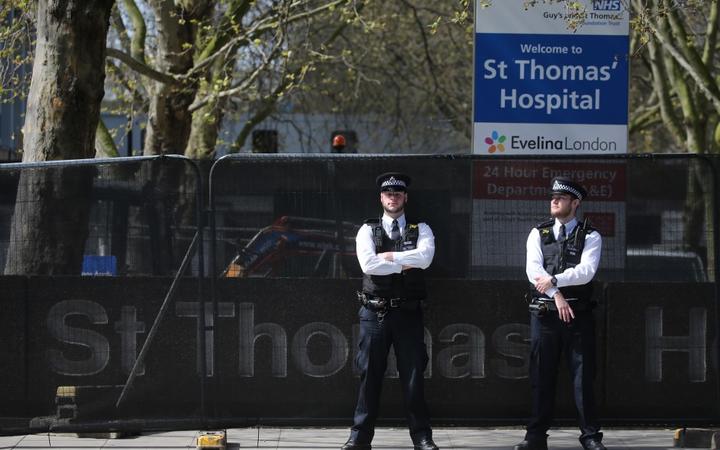 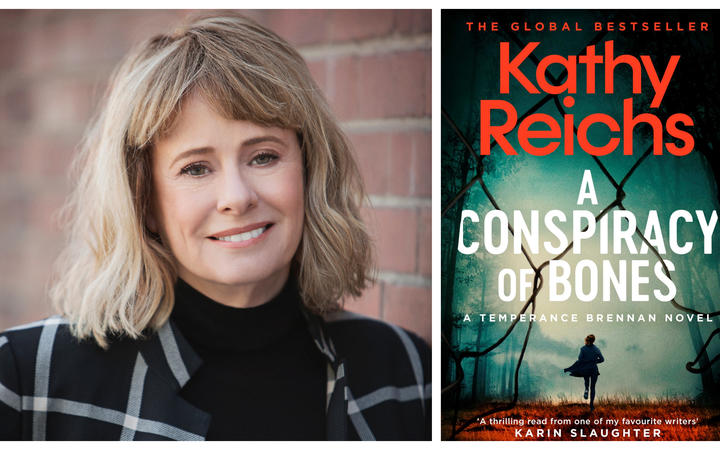 Mystery crime-writer and forensic anthropologist Dr Kathy Reichs speaks with Kathryn Ryan about her double-life as a scientist and best-selling author.  Kathy's first novel Déjà Dead was a New York Times bestseller and the first of her eighteen Temperance Brennan books. Fans of hit Fox TV series Bones will know Kathy's work.  Dr Reichs has traveled to Rwanda to testify at the UN Tribunal on Genocide, has helped exhume a mass grave in Guatemala and was involved in the recovery of remains at the World Trade Center after 9/11. Kathy is Professor in the Department of Anthropology at the University of North Carolina-Charlotte, advisor to the Canadian Police and an expert witness at criminal trials. 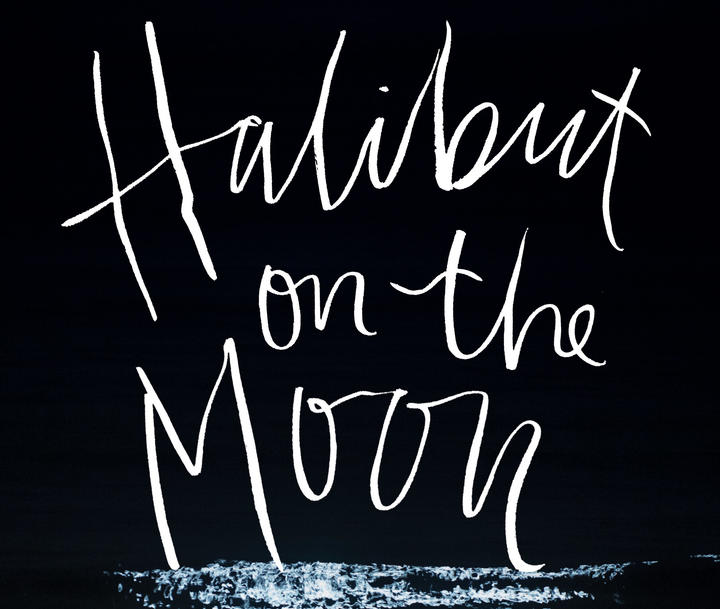 Kiran Dass of Time Out Bookstore reviews Halibut on the Moon by David Vann, published by Text. 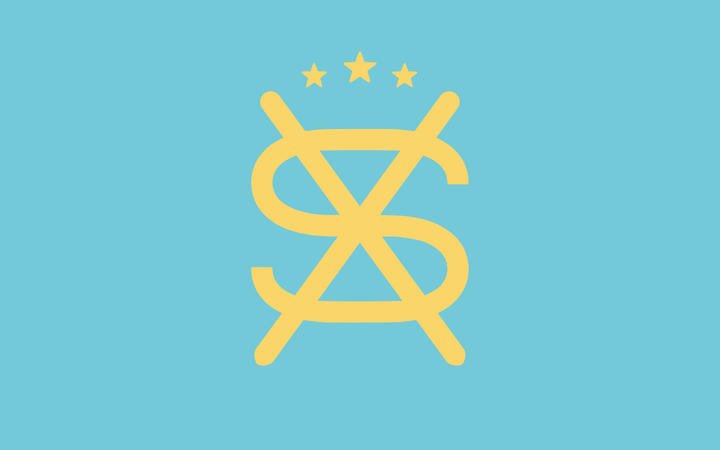 1000 students have signed up to the volunteer army,  working with supermarket chains to shop and deliver groceries to elderly and vulnerable around the country. Not only that - they've developed a payment system to make it possible where stores don't offer online shopping. The Student Volunteer Army is also working with childcare agencies to recruit students to provide childcare for essential workers. Kathryn talks with founder Sam Johnson.The SVA phone number is 0800 005 902.

Technology commentator Paul Matthews looks at some of the privacy and security issues that have hit Zoom as its popularity during the Covid-19 crisis soars. Inland Revenue is most of the way through a big transformation project, and this year they'll be switching off their central tax computer system over Easter. 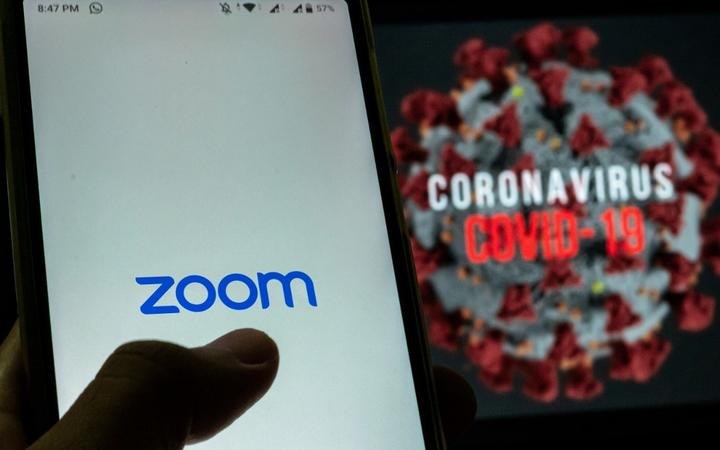 Parenting coach and educator Joseph Driessen shares five tips for running a harmonious household under lockdown.  He says the key is getting the family to work as a team, and for parents, that might mean listening more and speaking less. 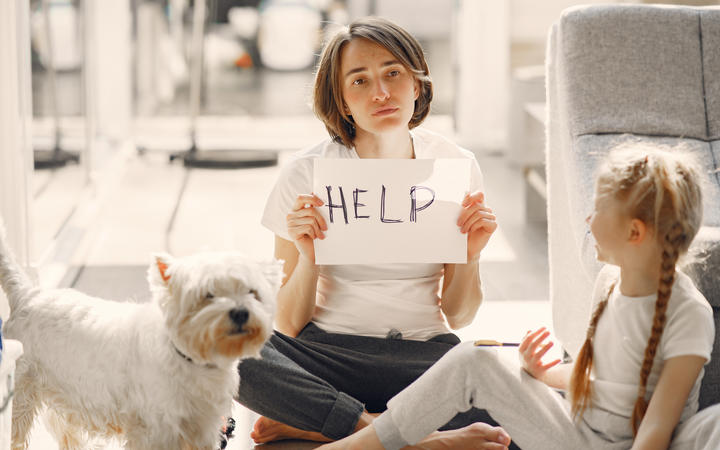 11:40 How to crochet an Easter basket 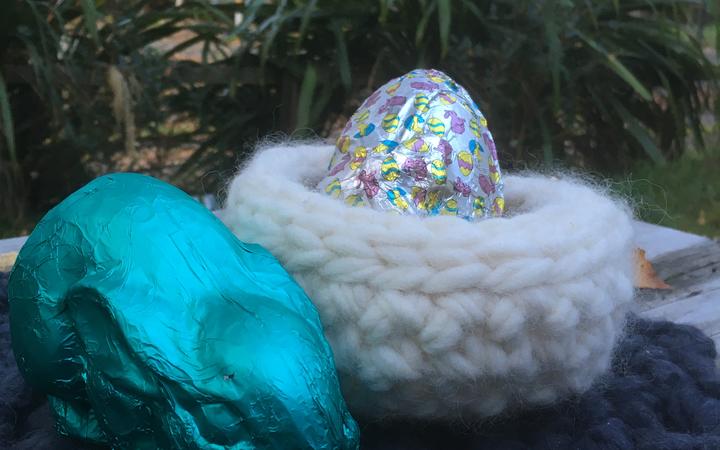 With all of us being told to enjoy a 'staycation' this weekend, we're turning our mind to Easter crafts. Think, finger crocheted baskets or Easter inspired amigurumi (soft crochet toys). Kathryn Ryan talks to Sofia Moers-Kennedy who is an accomplished crochet enthusiast, from Upper Hutt. She explains how to crochet an Easter Basket.

And here are some of her favourite patterns:

Our comedians Te Radar and Michele A'Court cast a comical eye over some of the wry stories of the week.

Film and TV correspondent Chris Schulz shares his picks of the best Easter viewing this year:

With its cliffhangers, complex characters and dodgy drug stories, Ozark always desperately wanted to be Breaking Bad. In the opening of its third season, it goes all the way in with a gruesome terrorist bomb attack that leaves money and body parts raining on the ground. It’s a sign that things are escalating for Marty and Wendy Byrde, Ozark’s seemingly clean cut protagonists who double as reluctant money launderers for a Mexican drug cartel. The show’s first two seasons were set in rundown bars, trailer parks and dimly lit basements. Now, the Birds are going up in the world, buying casinos and hotels at pace. It takes a while for all the chess pieces to move into place, but Ozark soon finds its footing, with alarming intensity and some terrific performances, especially Laura Linney in Wendy’s expanded role this season, and Julia Garner, who won an Emmy as the calls-it-as-she-sees-it Ruth, Marty’s sidekick. It’s not Breaking Bad, but, with Bateman’s steady oversight as director and executive producer, Ozark is beginning to stand out all on its own.

Run (SoHo and Neon, from Monday)

With Phoebe Waller-Bridge’s name attached to it, big things are expected from Run, the first show the Fleabag star has delivered since her own zeitgeist-grabbing hit finished. But she’s just executive producer here, with an apparent cameo later in the season. Instead, this road trip caper about two former lovers eloping on a whim comes from Vicky Jones, one of Waller-bridge’s frequent collaborators. The big reason why you should take notice, and why the show works, is because Run makes use of the considerable talents of Merritt Wever, the former Nurse Jackie star who has never become as big a star as she deserves to be. Run changes all that. As Ruby, she sizzles, delivering a formidable amount of chemistry with Billy, her co-star and fellow eloper played by Domhnall Gleeson. Stuck on a train, their conversation is as loaded and charged as anything we saw on Fleabag. The only question is whether everyone can keep this up for an entire season.

If everything was right with the world, music fans around the world would be able to spend this weekend streaming the first weekend of performances from Coachella on YouTube. Because of Coronavirus, the festival and its headliners Travis Scott, Frank Ocean, Lana Del Ray and Rage Against the Machine have been shifted to October. Instead, the debut of the festival’s first documentary has been brought forward to plug the gap. Full of classic performances by headliners like AC/DC, Guns N Roses, Billie Eilish, Childish Gambino, and a Tupac hologram, and interviews with creators and stars, this is unlikely to be a hard-hitting music documentary in the style of Amy or Mystify: Michael Hutchence. But it will do nicely for anyone who is desperately missing the chaos and intensity of live music while stuck on lockdown at home.