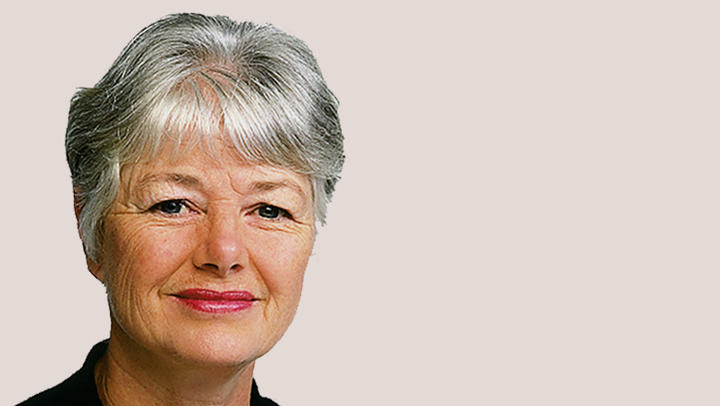 Former Green Party co-leader Jeanette Fitzsimons has died suddenly, aged 75. She was was an MP from 1996 to 2010 and the co-leader of the Green Party from 1995 to 2009 alongside the late Rod Donald. Kathryn talks with former Green MP Catherine Delahunty.

$11 million was donated to the Christchurch Foundation fund for vicitms of the March 15 mosque attacks. The majority  has been shared between families of the bereaved and  injured. Now the remaining  $2 million set aside for the community is beginning to be distributed. Kathryn speaks with Raf Manji,  independent adviser to the Christchurch Foundation, tasked with consulting the Mosque shooting bereaved and victims and recommending how the money should be distributed. 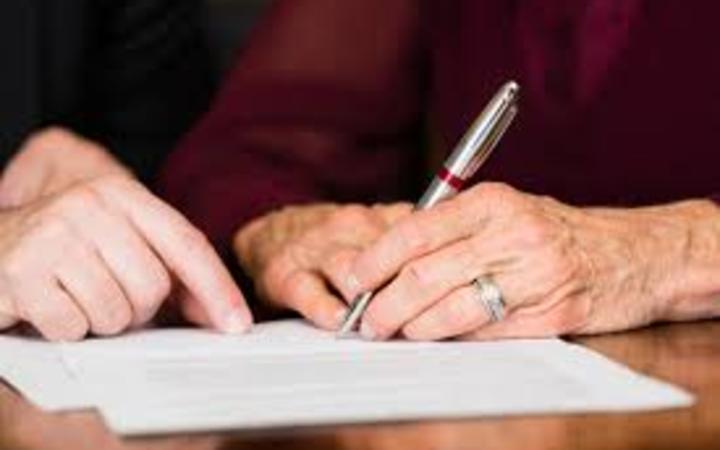 What do doctors, lawyers and their clients need to know about judging whether people have the mental capacity to make decisions? Barrister Alison Douglass has produced a guide to assist legal and medical professionals to help future proof the lives of people with dementia, brain injury, mental health problems and learning disabilities. It comes ahead of moves to reform the Protection of Personal and Property Rights Act, also known as the triple P law, which is three decades old.

The wrath of the coronavirus across Asia causing widespread disruption, angst and strained health systems. China and South Korea are the hardest his countries in the region amid concerns around the accuracy and capacity for testing for the virus. 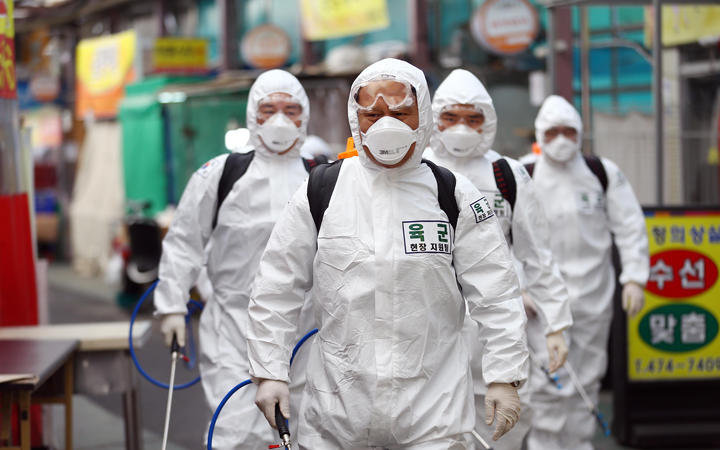 South Korean soldiers wearing protective gear spray disinfectant as part of preventive measures against the spread of the COVID-19 coronavirus, at a market in Daegu. Photo: AFP

10:05 The speed of modern life - and advice from the Victorians

Overwork, information overload, environmental pollution. They could be described as the worries of our time, but in fact, they were the exact same concerns the Victorians had. As the industrial revolution birthed new technological tools like the rotary printing press, the telegraph and steam locomotive, the pace of life steadily increased for the Victorians, as did the psychological conditions that came with that modernity. Those stresses were the subject of five years' work by Professor Sally Shuttleworth and her post-doctoral fellows at Oxford University. The work has been turned into a spectacular sound and light show, which will be on display in Dunedin on Sunday night. 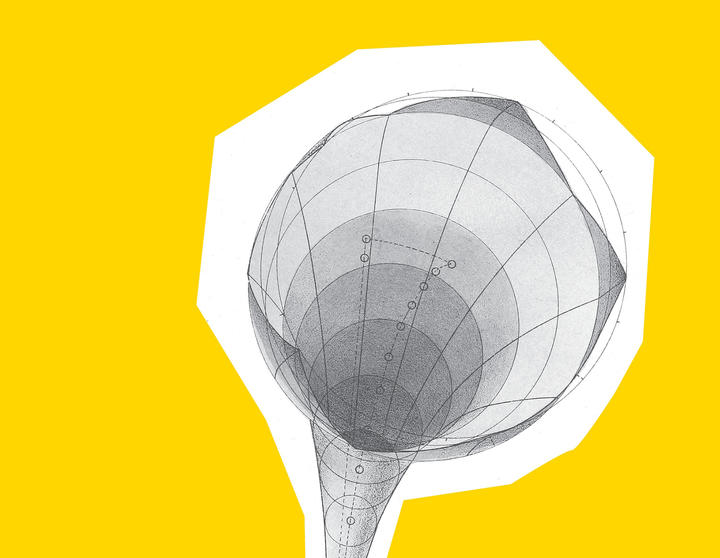 Melanie O'Loughlin of Unity Books reviews Figuring by Maria Popova, which is published by A&U Canongate.

From the creator of the award-winning brainpickings.org comes more cultural and historical insights. Here Popova's focus is on interconnected historical figures, mostly scientists, mostly women, all geniuses in their own way and all deeply human. From Margaret Fuller to Rachel Carson, with everyone from Emerson to Herman Melville in-between, it's a gossipy mix of philosophy, history and science.

Scott Walker performing the songs of Jacques Brel, a reduxed 'lost classic' from The Replacements, and a dark delight from the long-awaited third Nadia Reid album. 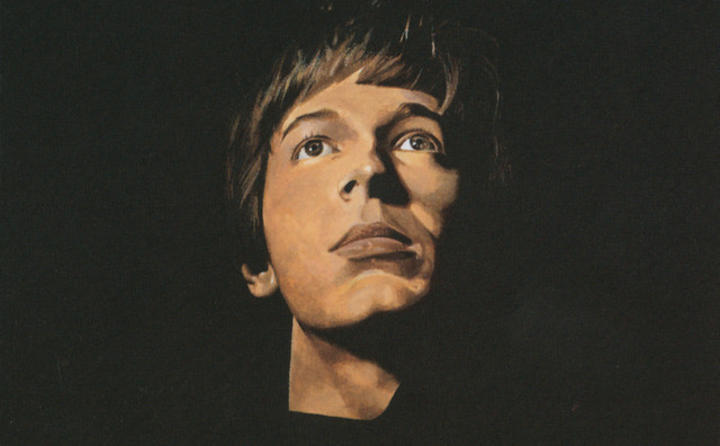 Israel Adesanya defends his UFC title for the first time this weekend, Beauden Barrett is set to make a return to rugby next month and and Sam chats to Kathryn about criteria for the appointment of women coaches. 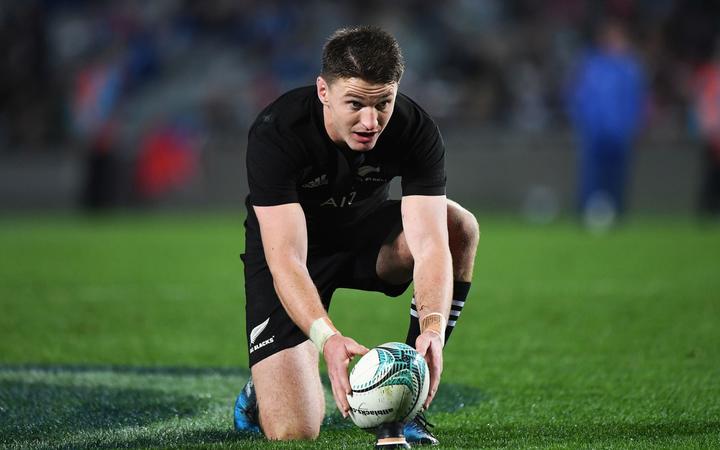 11:45 The week that was with Te Radar & Gemma Gracewood 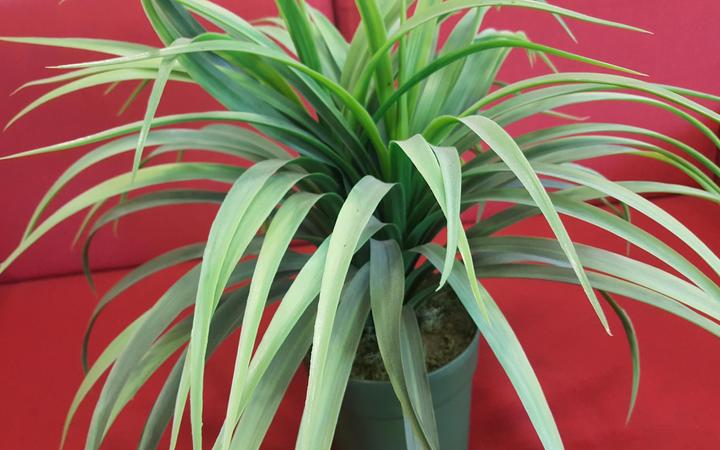