The speed of modern life - and advice from the Victorians

Overwork, information overload and environmental pollution - they could be described as the worries of our time, but in fact, they were the exact same concerns the Victorians had as the Industrial Revolution took hold.

New technology like the rotary printing press, the telegraph and the steam locomotive increased the pace of life for Victorians and there was a growing recognition of the psychological conditions that came with that modernity.

Those stresses were the subject of five years' work by Professor Sally Shuttleworth and her post-doctoral fellows at Oxford University. 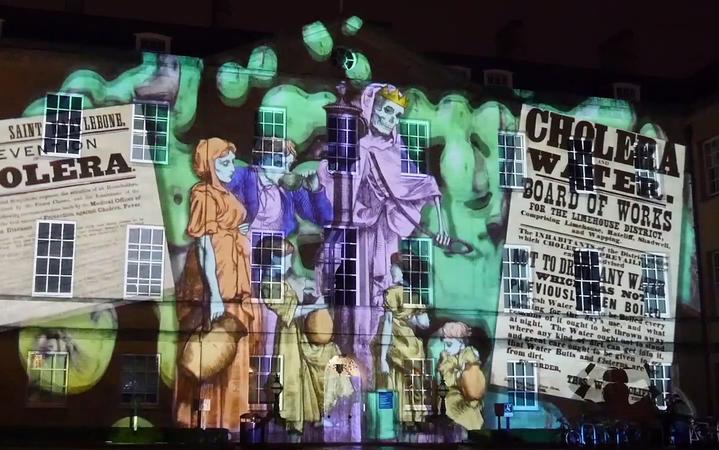 The work has been turned into a spectacular sound and light show, which will be on display in Dunedin on Sunday night.

The whole project, which was funded by the European Research Council, started with her reading a comment by a medic from 1860, she told Kathryn Ryan.

“[He was] saying we live in an age of velocity of thought and action, and our brains process more in a month than our ancestors did in their lifetimes.

The invention of the telegraph in the 19th Century was transformational, Prof Shuttleworth says.

“You had the creation of a worldwide network of telegraph, and so instead of it taking six months for your letter to reach New Zealand or Australia, you could actually telegraph within minutes.

“So, the transformation of your understanding of time and space, and then business practices, and whole waves of conducting life, was transformed by the telegraph.”

The notion of overwork and stress in the Victorian age started to emerge as an area of study too, she says.

“And from that, they got very quickly to the notion that the brain worker actually worked harder than the physical labourer.”

From that came the idea that the professional classes needed time to regenerate, she says.

“You have all these categories then of how to help the professional; so, your lawyer, your doctor, your politician, who worked too hard with their brain, and so needed to take time out.

“And I've been quite astonished at how lenient and sympathetic all the press and the books were to the notion of these hard-working professionals - having a breakdown was not seen as shameful at all.”

Although the working classes were not seen suffering similar stresses, she says.

“Another issue I've been looking at is sleeplessness. And again, all the working classes are sleeping in appalling conditions. The notion is that they don't suffer sleeplessness because they work hard and they sleep, whereas the poor brain worker is cudgelling his brains until midnight and then can't sleep and has to be looked after.”

Resorts sprang up for the burnt out professional to recharge, she says.

“Virtually all these resorts are for the middle classes, they occasionally band together and have charities for the poor. But by that they don't mean the real poor, they mean the poor governess, the poor curate, those who are basically middle class but struggling.” 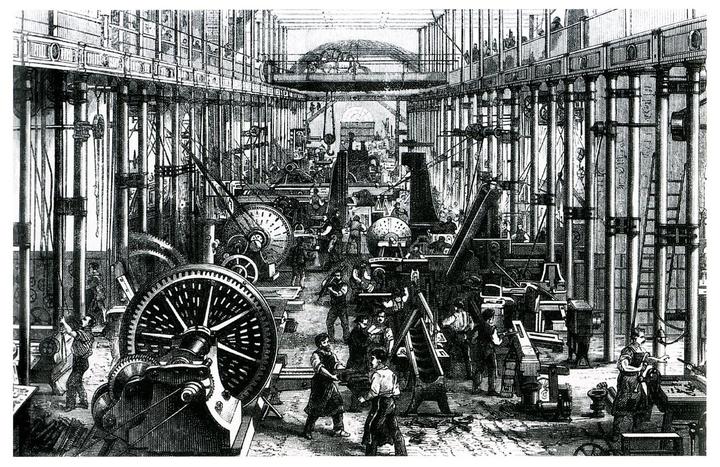 There was also a growing concern that children were being overburdened and that education was being reduced to cramming.

Hurry, Worry and Money: The pain of Modern Education by Pridgin Teale in 1883 was a treatise calling for a more holistic approach to education, she says.

“He was a doctor in Leeds and many of these doctors, they were concerned in so many different ways with matters of public health. So he also invented a smokeless fireplace to try and stop carbon pollution of the air.

“But it is a wonderful book talking about how education should be for the education of the whole being, and not forcing people through exams.”

The idea that children might have unique emotions was also emerging, she says.

“There was a real swell of interest in the child mind from the 1840s onwards, really led by the novel - so novels like Jane Eyre or George Elliot’s Mill on The Floss and Dickens’ Dombey and Son.”

“These novels then impacted on the development of both child psychology and child psychiatry.

“And you get really sympathetic developments, thinking about what it's like to be a child, because nobody really thought about that until this point, what was going on in the child's mind, and they overturn the previous ideas that you're a tabula rasa, simply with the sum of your experiences.”

One of the key texts for my work is a book by Benjamin Ward Richardson called Diseases of Modern Life.

“He talks about the lifestyle diseases; one of the accounts are of bankers keeping nips of morphine underneath their desk, which they take, in between seeing clients - which seems so parallel with cocaine-taking bankers of current times.

Substance abuse was not uncommon, she says.

“Alcoholism and a disease called chloralism, which Richardson himself had identified, which was simply the addiction to this sleeping draft.”

Chloral, thought to be harmless, was in many patented medicines at the time.

“There's a wonderful description by the poet and artist Dante Gabriel Rosetti, who died from chloral overdose, and he says, I realise that I should not be taking the chloral but actually I need to work in order to make ends meet. And the only way I can get sleep is by taking chloral, so he was admitting that he was in this absolutely desperate cycle.”

Mental health problems associated with modernity were also being identified in the emerging field of psychology. Agoraphobia was first diagnosed at this time.

“After that everybody was diagnosed with phobias of this and that, and it became another mark of the diseases of modern life that people were suffering these bizarre overreactions.

“And the interesting thing about the agoraphobia was that it was upstanding middle-class men, mostly who seemed suddenly unable to cross a square in the middle of Berlin.

“And so it took away the stigma of phobia. But they became fascinated with the processes of the mind behind it, but again, it's more the middle classes who seem to suffer from these phobias.”

The pollution that the industrial age was spewing into the air and water gave birth to the first environmentalists, she says.

“Benjamin Ward Richardson was one of the first to argue that cities should be surrounded by green space and he wanted every public building to have its own garden.

“So, a real sense of trying to transform the environment back again he wrote a wonderful pamphlet called Hygeia: A City of Health where he laid out a plan for the ideal city, which in fact then influenced the green city movement in the in the 20th century.”