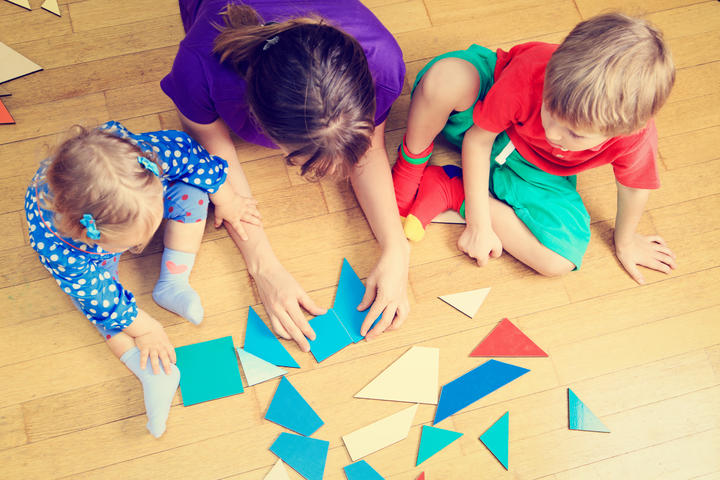 Early childhood teachers' pay talks have been put on hold because both the employer and the teachers' union say current government funding makes reaching a fair deal impossible. Part way through collective ECE employment negotiations, both ECE employers and the NZEI union want to jointly meet with the Education Minister to ask for more money.They say at the heart of the problem is an average pay gap of 23 % behind kindergarten and primary teachers with the same skills, qualifications and responsibilities. Next year that pay gap will go to 49 per cent. Kathryn talks to Wendy Logan who is an employer representative on the negotiations, and management adviser for a number of community ECEs; and Virginia Oakly who is the early childhood sector representative on the NZEI Te Riu Roa National Executive.

Find out more about the ECE campaign

09:20 Will & Able: cleaning products with a social upside 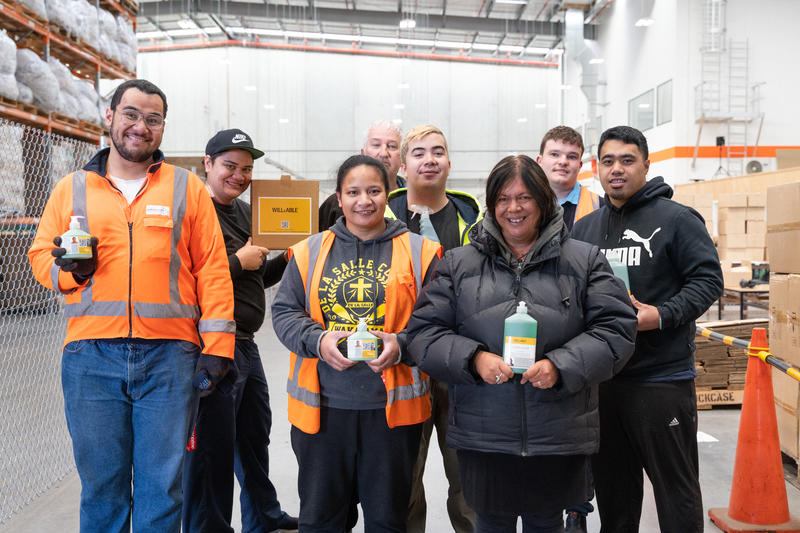 L-R Shayan, Lisa, Kaneesha, Stephen, Mosiah, Monique, Thomas and Hilton who are involved in all steps in the process of producing Will&Able from decanting & labelling to boxing. 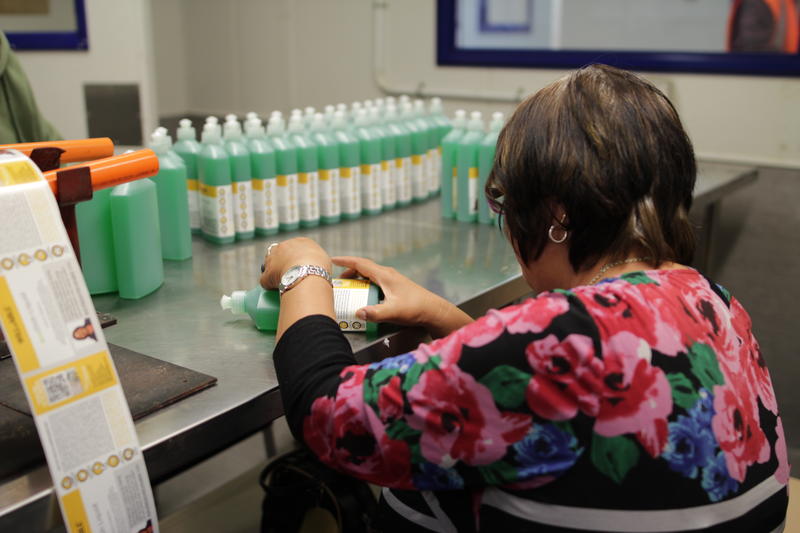 Monique labelling the ecoDish Liquid bottles with the label which bears her photo. 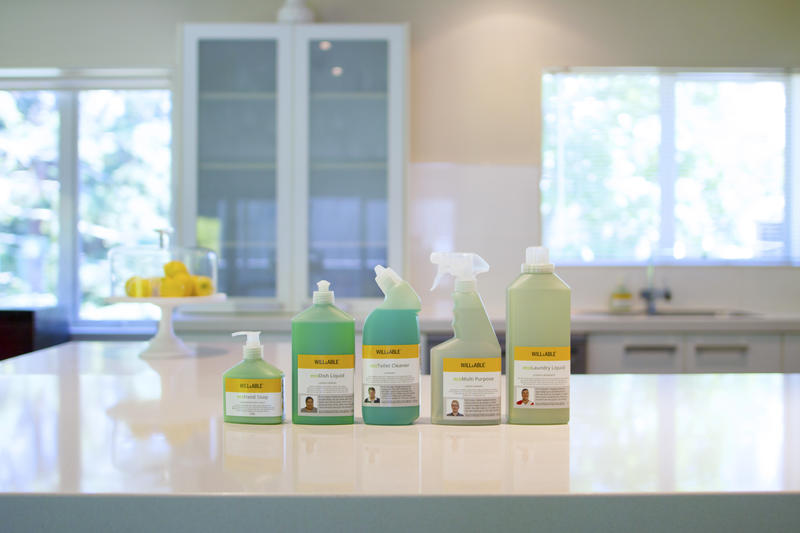 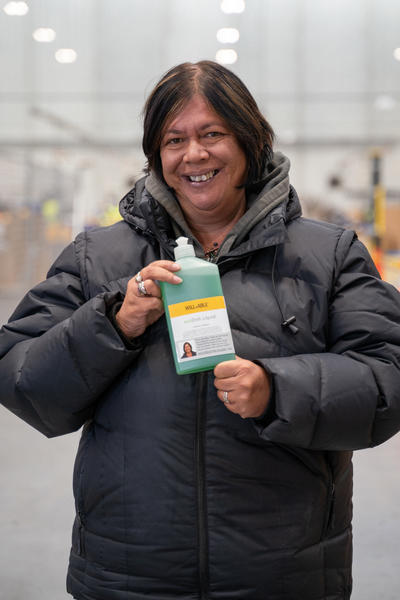 Monique who is featured on the label of the dish liquid.

Kathryn meets Martin Wylie from a new social enterprise, selling environmentally friendly cleaning products produced by people with disabilities. Will & Able is part of Altus Enterprises which currently employs more than 200 people with mental and physical disabilities. Martin Wylie says demand for Will & Able products has been growing sharply and he hopes to create up to 100 new jobs in the next two years.

Washington is digesting the impeachment inquiry hearings, in which the star witnesses were women and immigrants. But did Democrats land a knockout punch against Donald Trump? Opinion polls suggest maybe not.

10:05 Climate pioneer Dave Lowe "we only have one atmosphere" 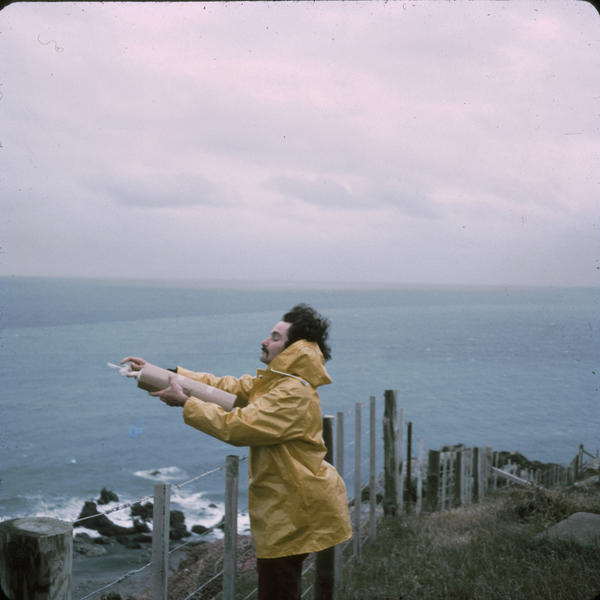 Dave Lowe taking an air flask sample at the edge of the Baring Head cliff in 1972. 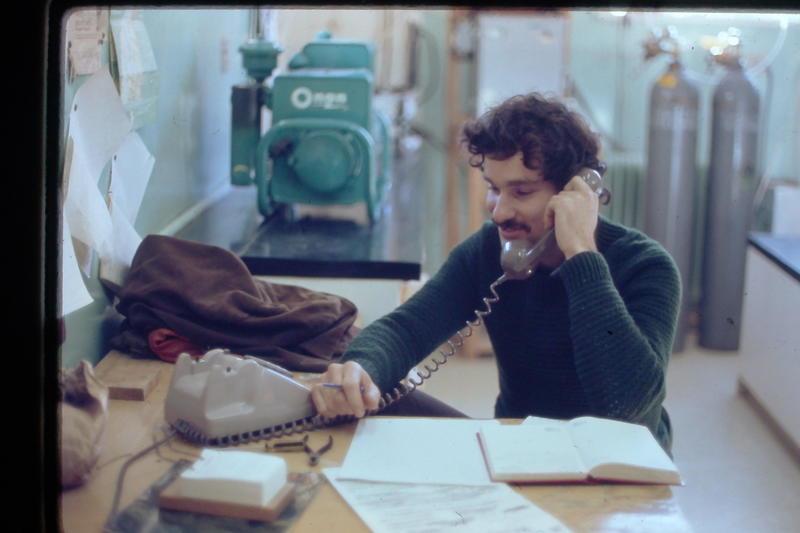 Dave Lowe in 1973 at the DSIR Institute of Nuclear Sciences laboratories in Gracefield, Lower Hutt. 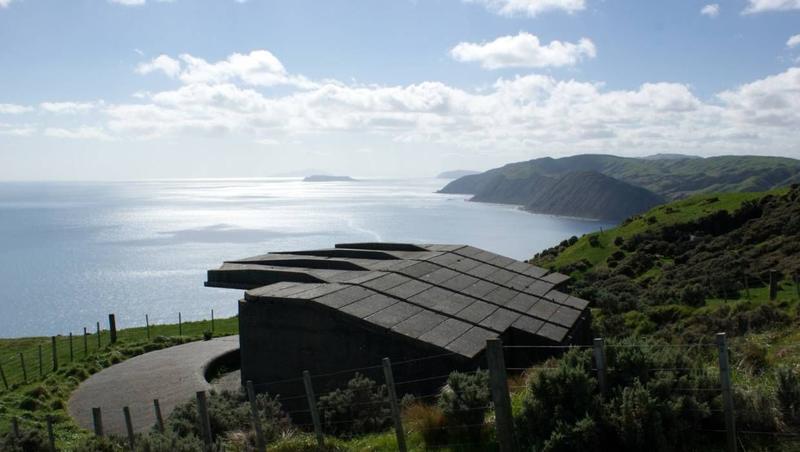 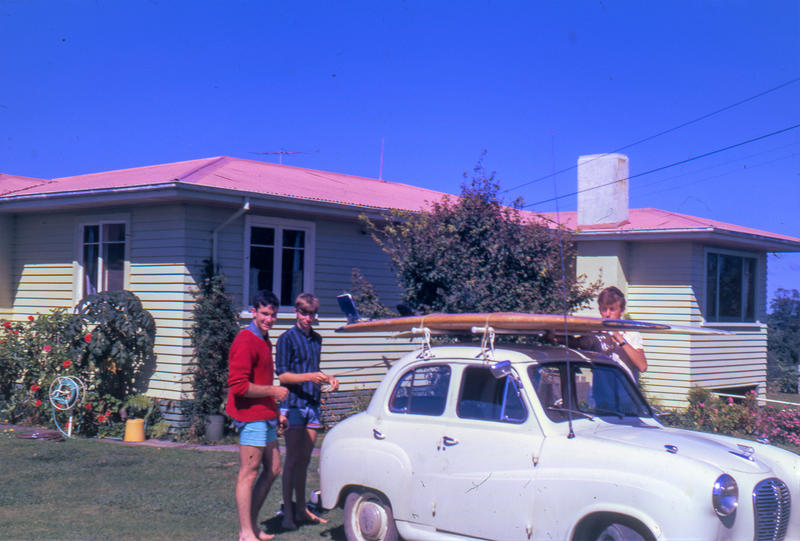 Dave Lowe, left, as a teenage surfboarder in Taranaki in the mid-1960s. 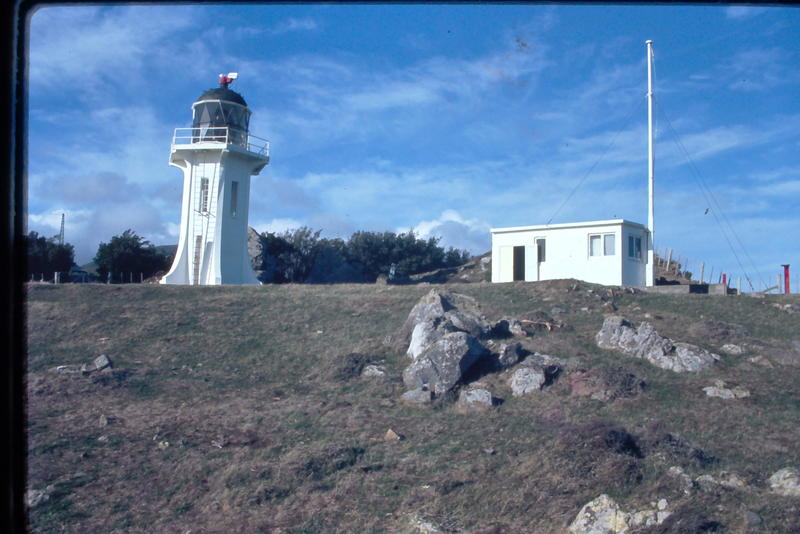 The Baring Head lighthouse and research station in 1972 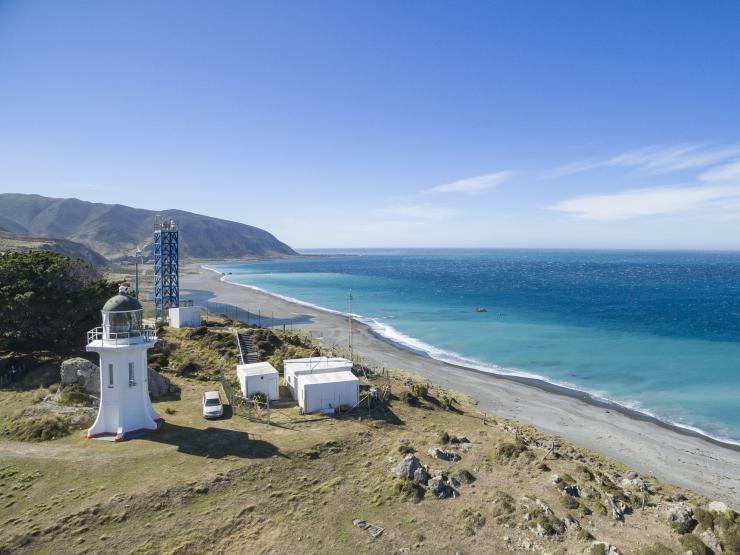 Dave Lowe's reputation in the world of atmospheric science is legendary, having measured the effects of climate change before the term was even coined!  In 1972 he set up the Baring Head Clean Air Monitoring Station, an internationally recognised site for measuring our impact on the Earth's atmosphere and contributed to the IPPC efforts that won a Nobel Peace Prize in 2007. Overnight it was announced that levels of carbon dioxide in the atmosphere reached a new global peak of 407.8 parts per million (ppm) in 2018, up from 405.5 ppm in 2017, according to the World Meteorological Organisation.

Dave Lowe talks to Kathryn Ryan about his frustrations at the world's inaction on our  "climate emergency" and his hopes for the future. 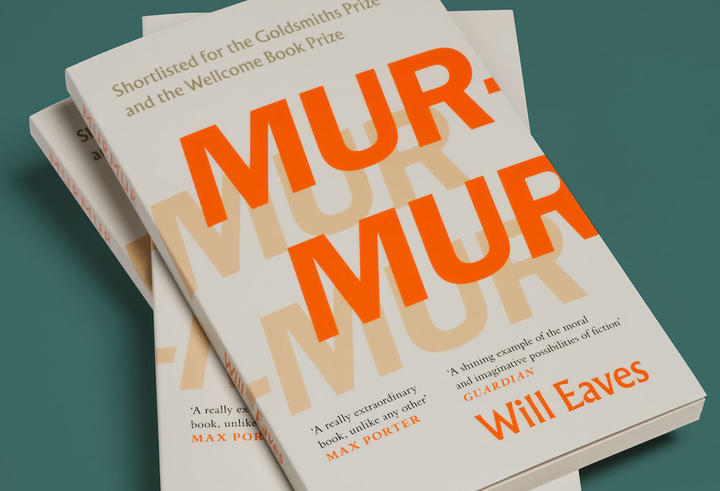 Kiran Dass of Time Out Bookstore reviews Murmur by Will Eaves, which is published by Canongate.

Scum of the Scum a short story by Catherine Delahunty read by the late Nancy Brunning. 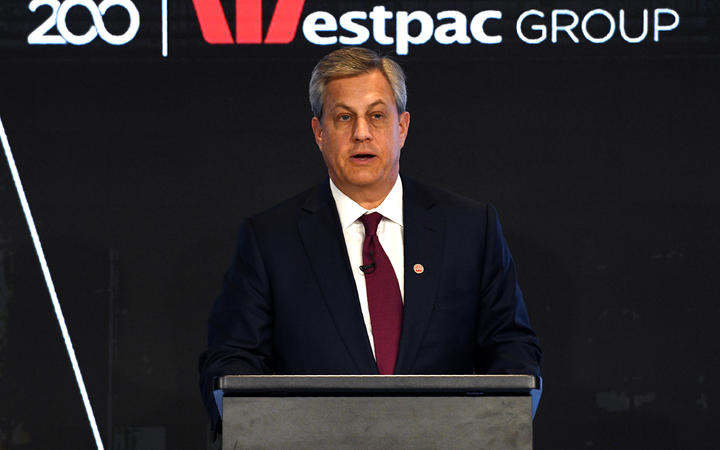 We think of those in the world of fitness as exceptionally healthy people, but my next guest is helping to shine a light on an unhealthier aspect of the industry. Nats Levi was working as a fitness trainer when she experienced F.A.T - which is an acronym for Female Athlete Triad. It's a condition where women exercise their body to such an extent that they lose their menstrual cycle, bone density and energy. Nats says she succumbed to the pressure those working in the industry often feel to look their best, but was finally forced to confront what she was doing to her body. She's written a book her experience called 'From F.A.T to Fierce - Solving the Health Puzzle When Your Body is Not Responding'. 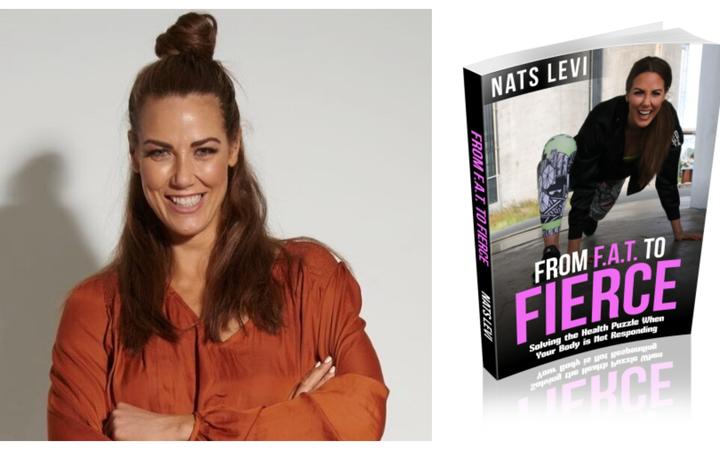 Name suppression of the man convicted of murdering Grace Millane flouted by some UK publications. Gavin also looks at a call from Stuff's political editor for changes to media regulation in NZ, and at the disparity between circulation and readership figures after new sets were released last week.