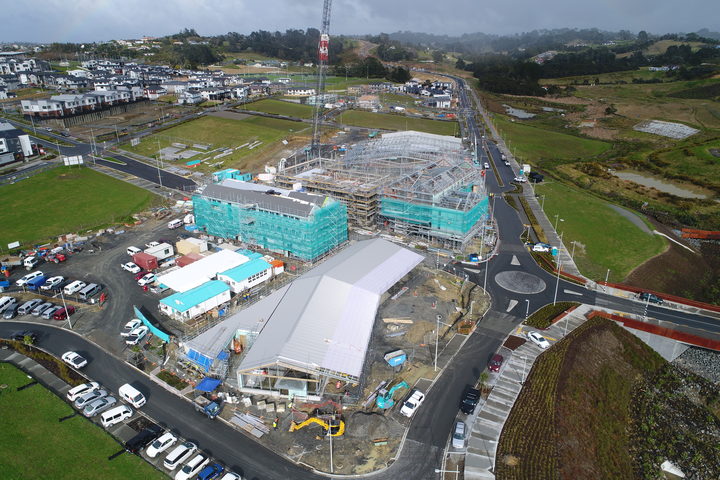 Building has the worst suicide number of any industry, and the construction sector is moving to address some of the underlying factors.  A new study finds a boom or bust cycle, and a culture of toxic masculinity is putting the percentage of builders' suicide the highest among all industries. A BRANZ scoping study finds a "macho" and "bullying" culture, intolerant of diversity, significantly contributes to the poor mental health of construction industry workers. Kathryn Ryan speaks with BRANZ General Manager Industry Research Dr Chris Litten, CEO of construction company Naylor Love Rick Herd and WorkSafe NZ CEO Nicole Rosie. 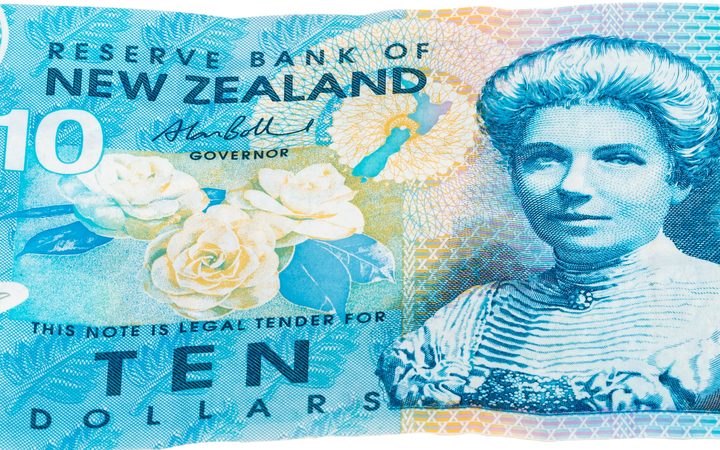 US correspondent Susan Milligan with the ongoing Senate judiciary committee hearing into sexual assault allegations against Supreme Court nominee, Brett Kavanaugh. Also the effect natural disasters, such as hurricanes have on the poor and their ability to rebuild their lives. 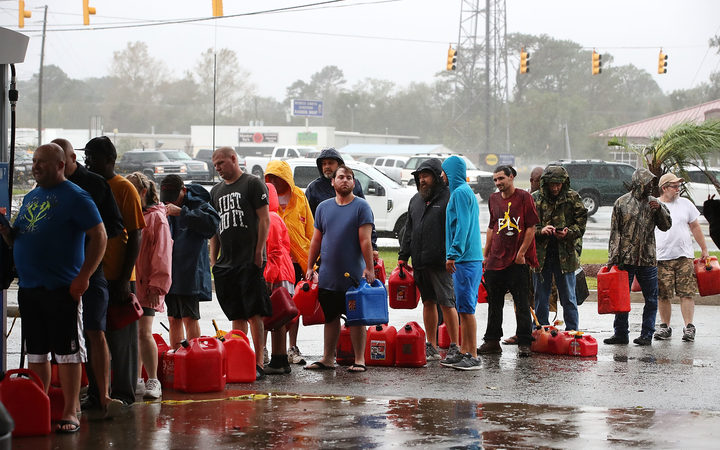 People wait in line to fill up their gas cans at a gas station that was damaged when Hurricane Florence hit Wilmington, North Carolina. Photo: AFP 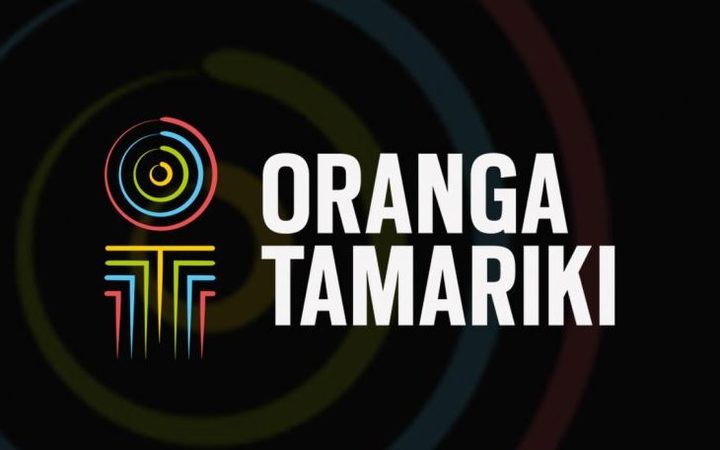 Stanford D School education innovator, Laura McBain sees collaboration, creativity, persistence and adaptability as the key to equipping students for their future workplaces. Stanford D school is a design thinking institute within Stanford University in California. She recently left her role as principal of High Tech High in San Diego, which is part of a network of charter schools, where students gain admission through a zip-code based lottery system - learning is project based and hands on.  Laura McBain, is in New Zealand to take part in a series of innovative education workshops run by 21C Skills Lab. 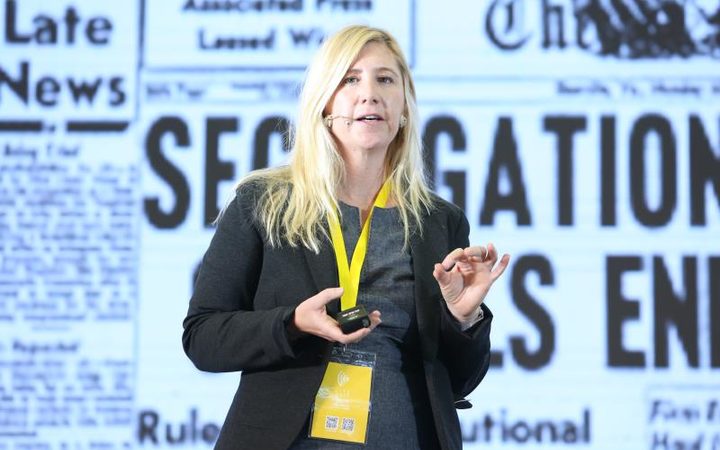 "Marlborough’s magnificent Awatere Valley is bypassed by thousands of New Zealanders every day as they rush from Christchurch to catch the Picton ferry. This wonderfully illustrated book by Harry Broad looks at the valley and river as it carves a path through the mountains to the sea and the people who call it home.”

Business commentator Rod Oram looks at the key recommendations of the tax working group,and at the new CEO of a2 Milk selling of most of her newly granted shares in the company. Also, inequality, affordable housing and inadequate infrastructure are far bigger concerns for NZ company directors than their counterparts abroad. 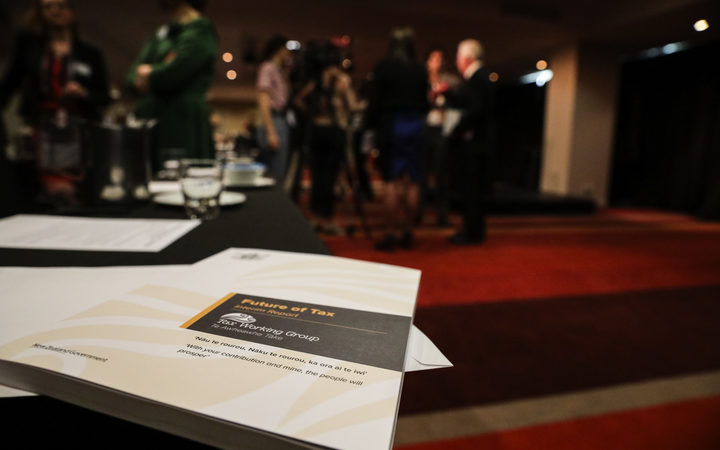 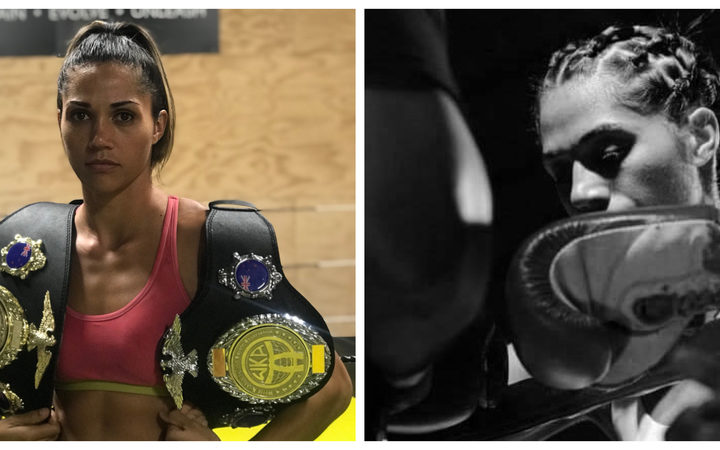 Melody Downs has more than an armful of Muay Thai fighting and kickboxing titles and medals to her name - both  domestic and international. The Hamilton-based, Kawerau-born fighter started in the sport at 19 and 10 years later, she's still hooked. Melody gave up her marketing job and has been training and teaching muay thai full time with the ultimate goal of being world champion. She joins Kathryn to talk about what the sport has give her, the challenges of following her dream and how she is encouraging other young women to put gloves on.

The Court of Appeal has turned down the proposed merger between media companies NZME and Stuff, and Media Commentator, Gavin Ellis pays tribute to broadcasting legend Merv Smith who has just passed away. 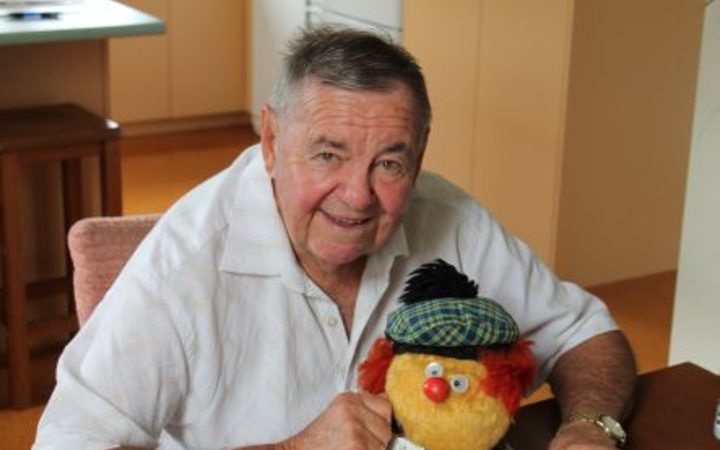