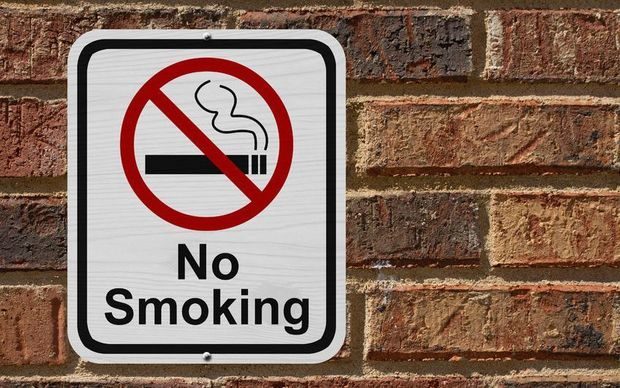 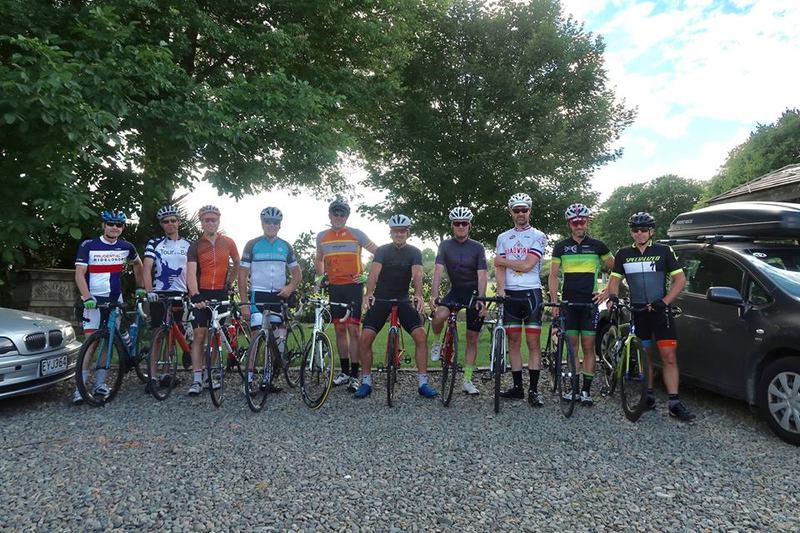 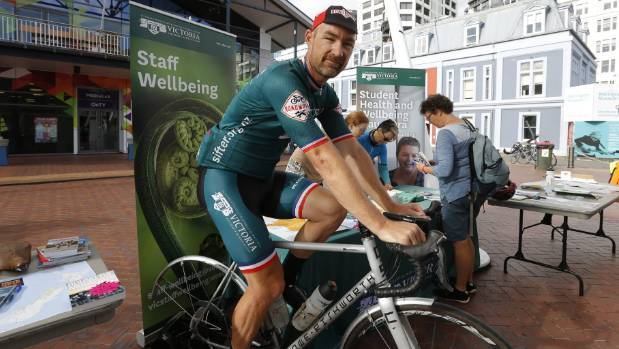 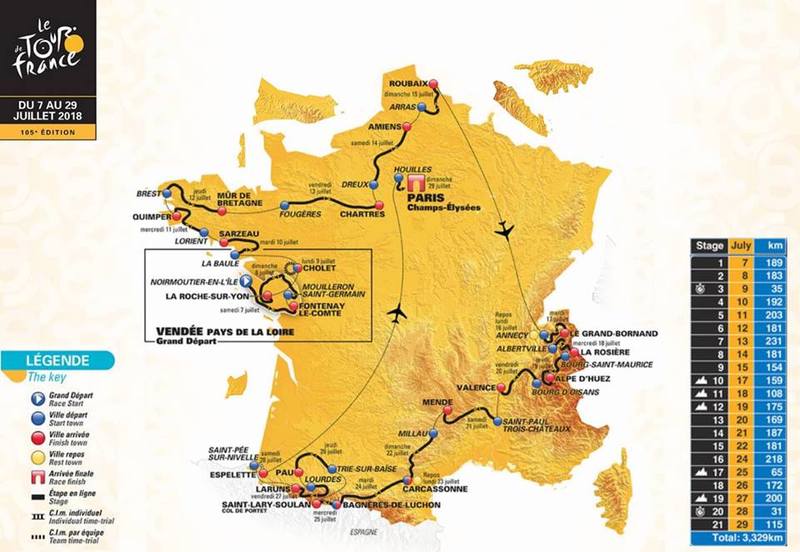 A map of this year's Tour de France route 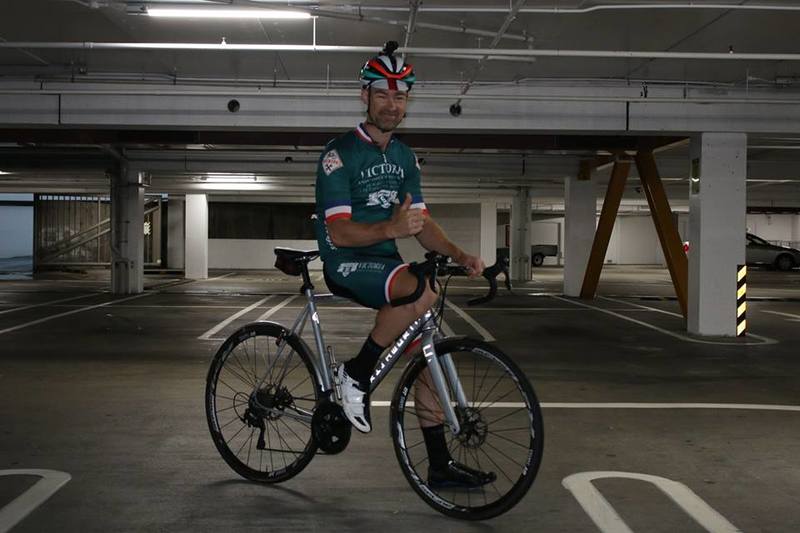 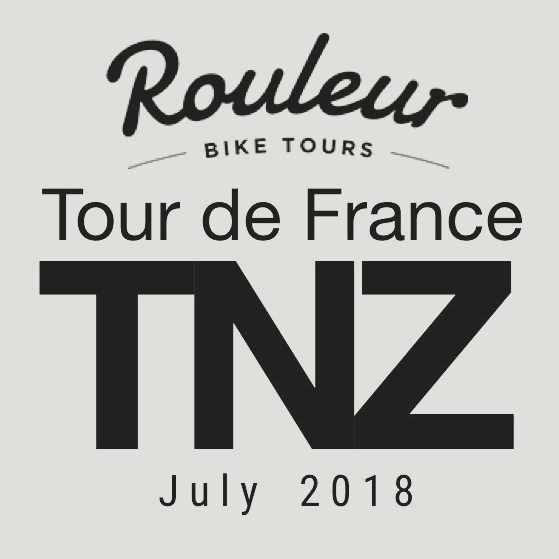 The logo for the tour 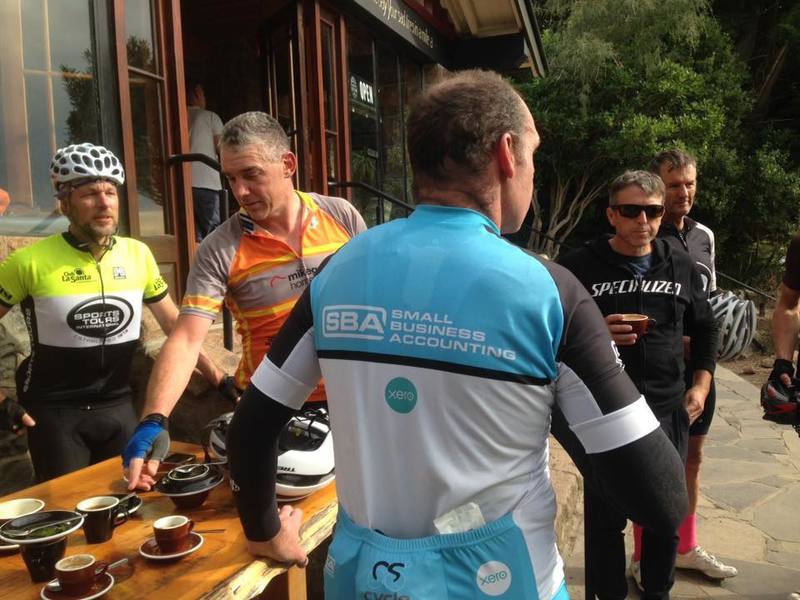 A rest ahead of a big ride 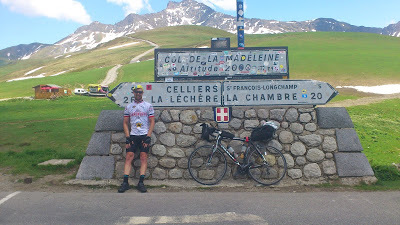 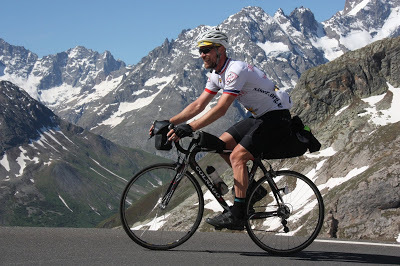 France 2013: the stage profile of the 2011 route from Pinerolo in Italy back into France - a long climb starting at about 300m above sea level, and topping out at 2744m 75km later! 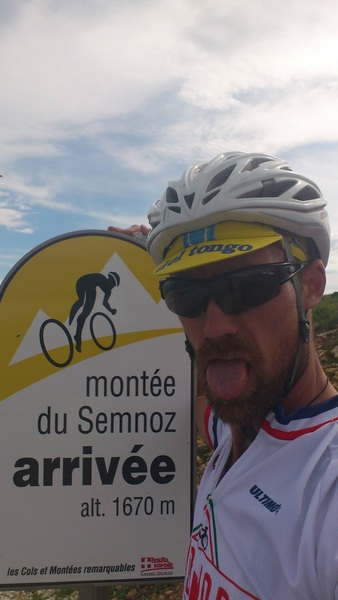 France 2013: arriving at the summit of HC Semnoz 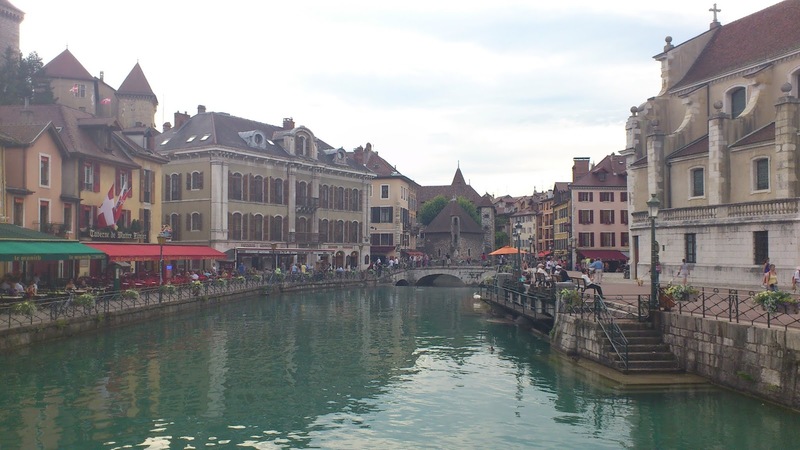 France 2013: a rest at Dingy-St-Clair ahead of a big ride 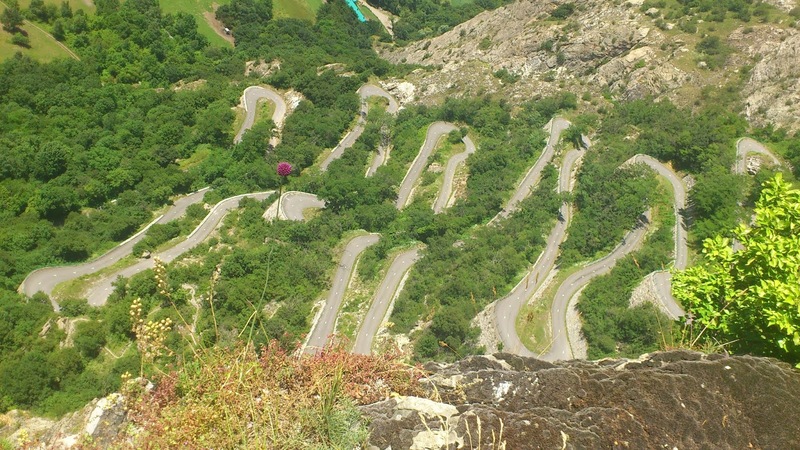 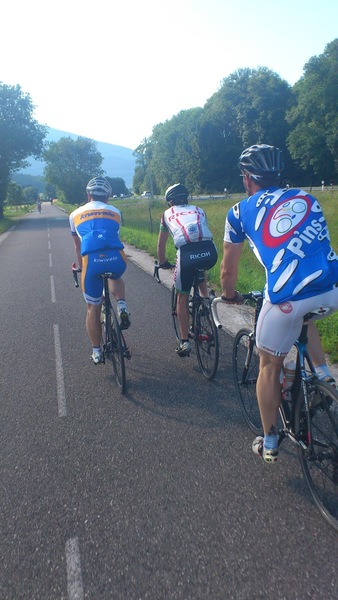 France 2013: finding a peleton of riders 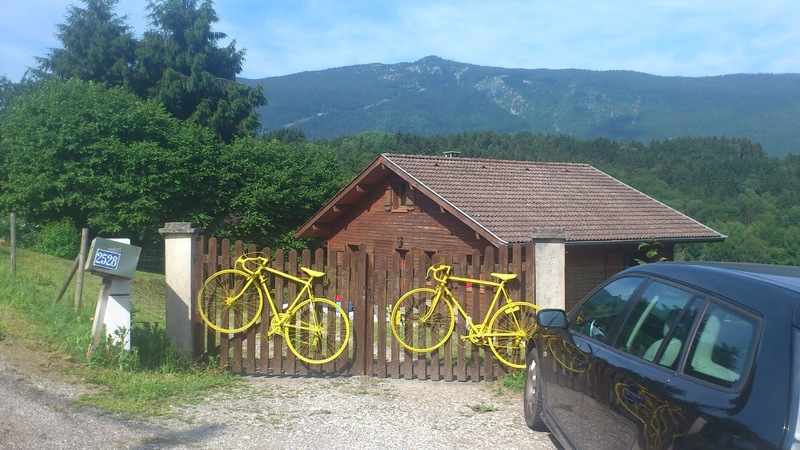 France 2013: the locals get right into the cycling culture 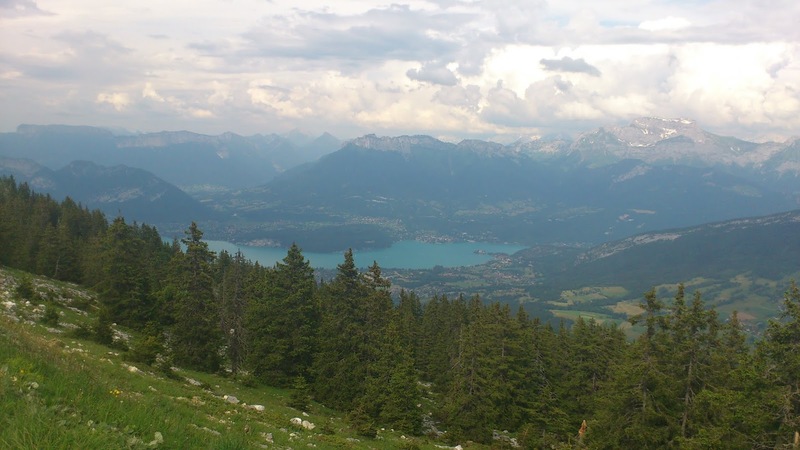 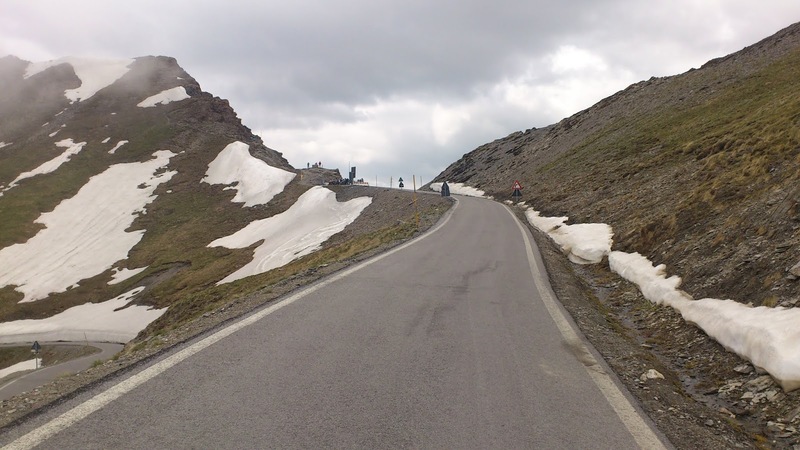 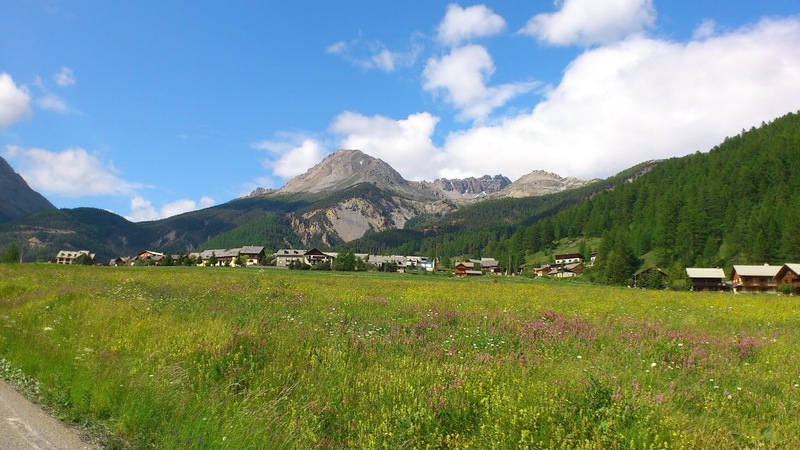 France 2013: a French meadow at the Col d’Izoard 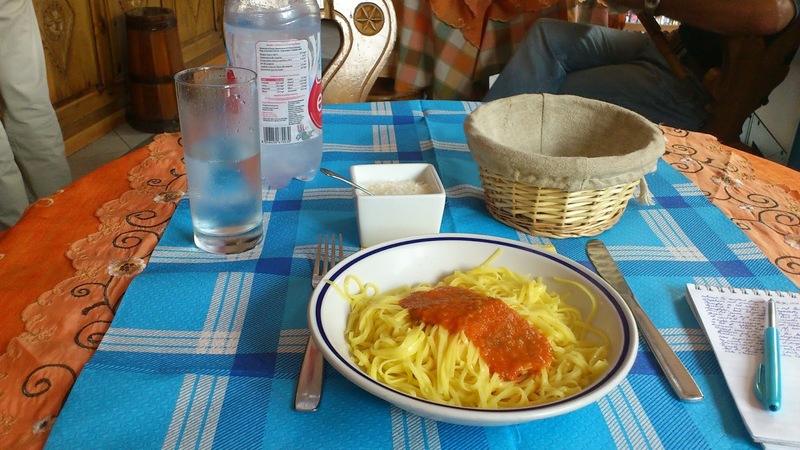 France 2013: a lunch stop at Casteldelfino, and some beautiful home-made pasta with tomato sauce and parmesan. 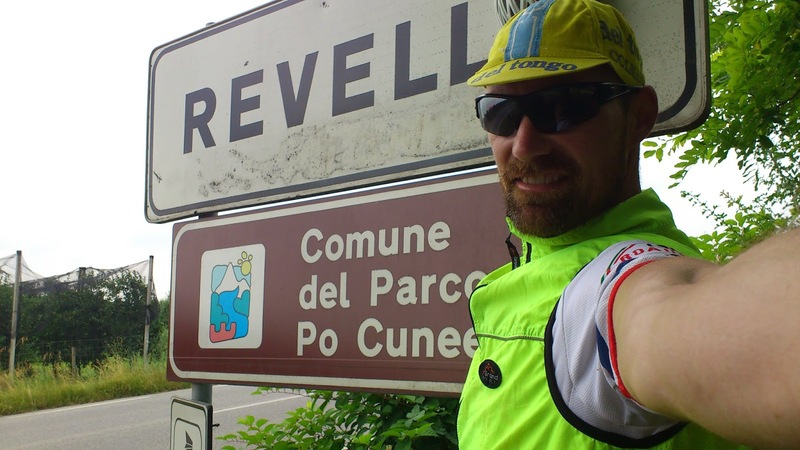 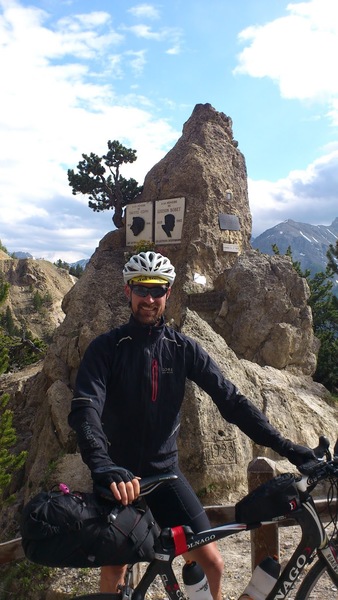 France 2013: Coppi and Bobet memorials at the Col d'Izoard summit 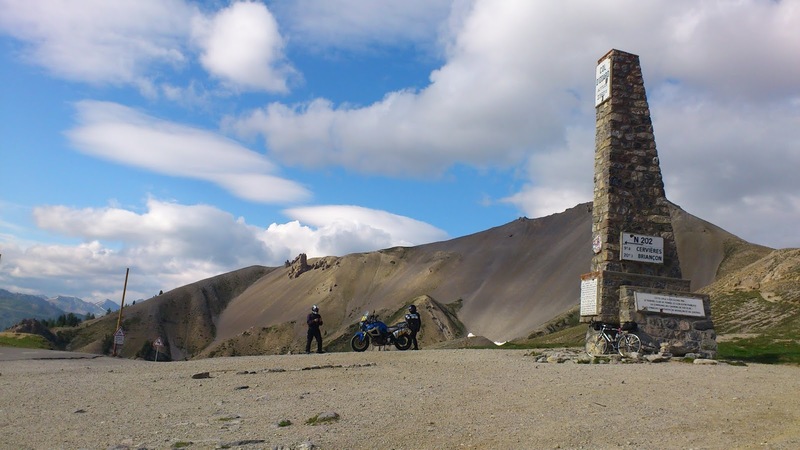 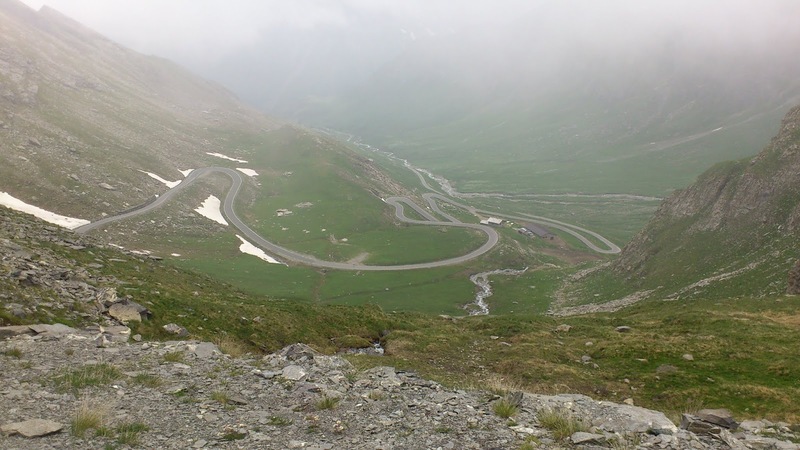 France 2013: reaching a summit at Chianale in Italy.

Associate Dean of Victoria Business School, John Randal, talks to Kathryn about his battles with depression and the huge cycling challenge he's set himself. He and seven other cyclists are off to Europe later today to cycle the exact route of the Tour de France -- a day ahead of the actual riders.  They're raising money for the Mental Health Foundation. John says talking about depression and breaking down the stigma is a big part of it.

09:30 Fruit trees restoring a forgotten way of life in Northland 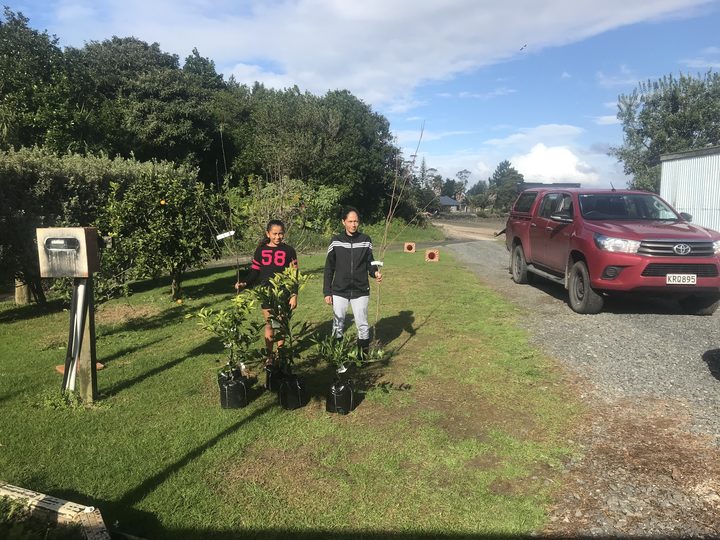 More than one hundred fruit trees have been delivered this week to Ngāpuhi whānau living in the back blocks between Hokianga and Bay of Islands.  Two hundred trees have already been planted in an initiative to revive living off the land in mid-Northland. It's part of a rural regeneration programme between Te Rūnanga-Ā-Iwi o Ngāpuhi and Te Puni Kōkiri, which also helps iwi who live in remote areas with housing repairs and clean water. Ngāpuhi Rūnanga Housing Coordinator Kara George tells Kathryn Ryan how citrus, feijoa, plum and apple trees could help restore a forgotten way of life in Northland.

09:45 Blackbirding in the Pacific, and moves to ban plastic

RNZ Pacific correspondent Sara Vui-Talitu looks into the history of blackbirding (the Pacific slave trade), and Samoa's moves to ban plastic next year. 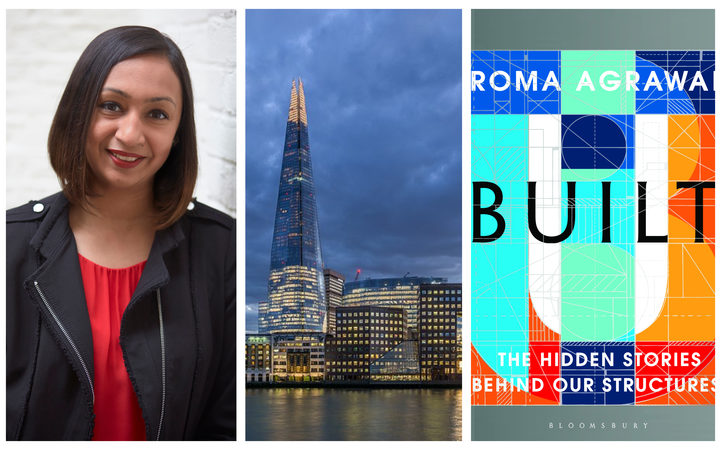 Engineer Roma Agrawal, worked on London's Shard and has written "Built: The Hidden Stories Behind our Structures" Photo: composite

Roma Agrawal loves all things to do with buildings; how they’re designed, constructed, used and she wants to share her passion. She is a 34 year old structural engineer with credits including The Shard in London and now a book detailing the amazing engineers behind many of the greatest buildings. The book is called, Built: The Hidden Stories Behind Our Structures. Roma also works hard to encourage other women and girls into engineering and other make dominated professions. She joins Kathryn to talk about her career, the history of engineering and being scared of heights.

11:05 Love and lust in the music of Boycrush and Princess Chelsea 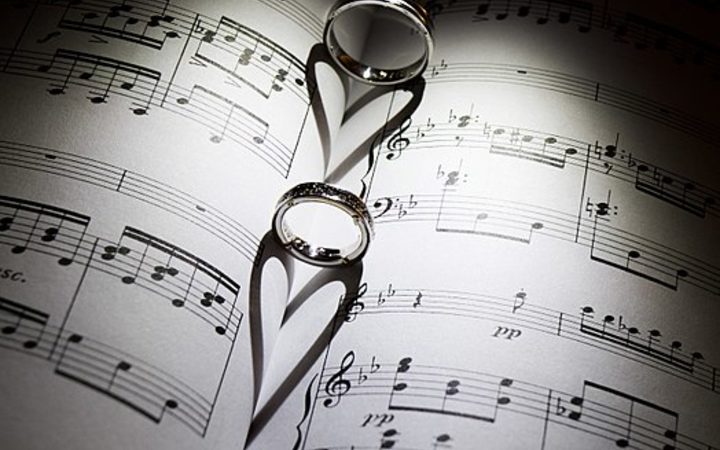 Music reviewer Grant Smithies​ looks at the primary themes of requited and unrequited love, which run through the music of Auckland-based artists Boycrush and Princess Chelsea. We also hear new music from both acts today, alongside a Jamaican dancehall classic from Don Carlos.

11:30 Shock at the Football World cup and extraordinary fanaticism 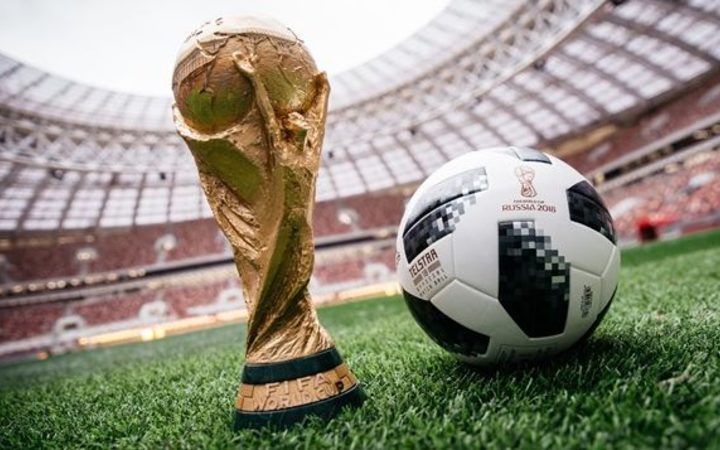 The World Cup trophy and the official ball for the 2018 World Cup in Moscow. Photo: Supplied: FIFA

Sports commentator Brendan Telfer with a comprehensive look at the Football World Cup, including the elimination of Germany and the lengths some extreme fans will go to to celebrate their teams scoring a goal.

11:45 The week that was with Te Radar and Melanie Bracewell 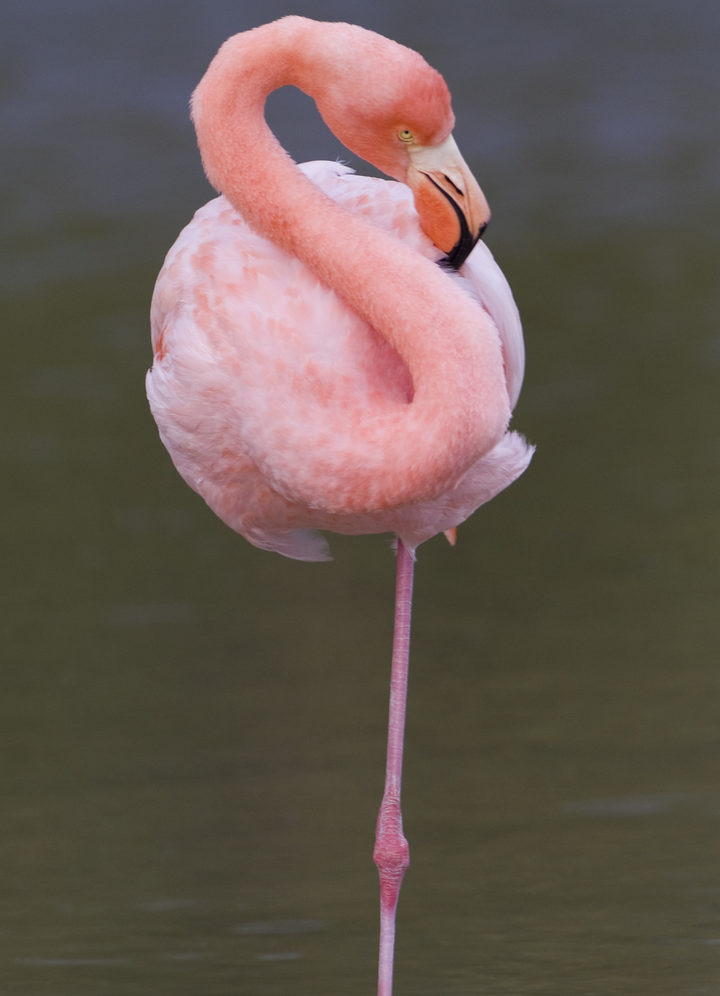 Te Radar and Melanie ponder why more of your clothes are being ruined by moths, a US flamingo's great escape and why a mural in Los Angeles for social media 'influencers' is sparking outrage.