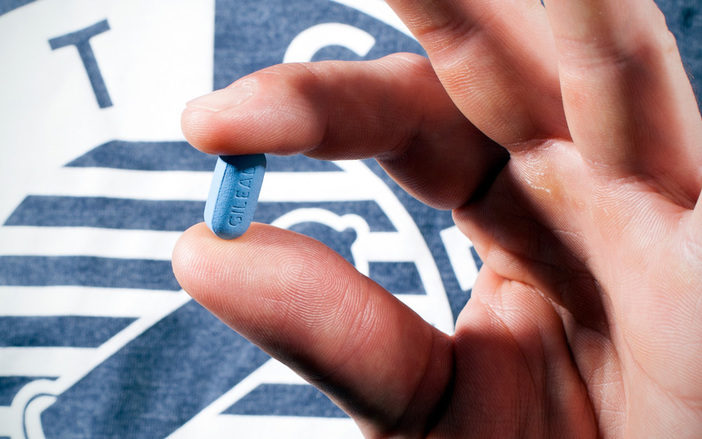 This week, New Zealand will become one of the first countries in the world to publicly fund the HIV-prevention drug, Pre-Exposure Propylaxis (PrEP). It's part of the New Zealand AIDS Foundation's long-term strategies to end new transmissions by 2025, but will it be effective? Problems are surfacing over its implementation, including questions over exactly who is eligible, and whether doctors are aware of how to correctly prescribe and monitor the drug. Kathryn discusses these points with NZAF Executive Director Jason Myers, and Dr Richard Medlicott, Medical Director, Royal New Zealand College of General Practitioners.

E-cigarettes are now a multi-billion dollar industry as smokers around the world give up tobacco to vape. Some of the most popular e-cigarette brands are owned by Big Tobacco. Dr Tanusree Jain is Assistant Professor of Ethical Business at Trinity College Dublin. She's conducted a global survey of e-cigarette users, looking at what and why they vape. She says global regulation of the e-cigarette industry is almost inevitable. 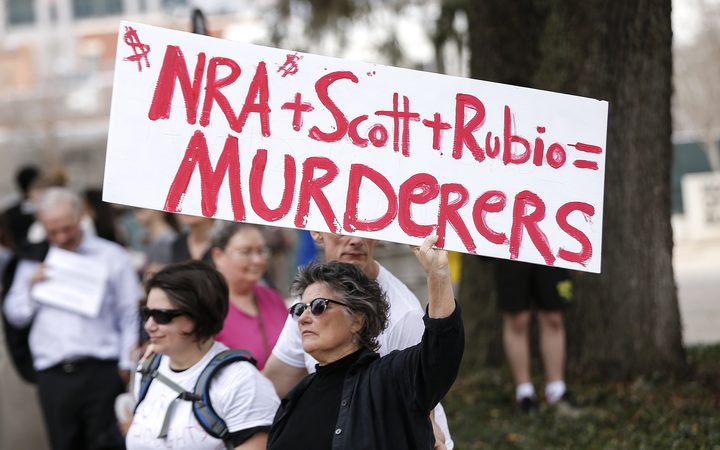 An activist holds up a placard during a rally at the Florida State Capitol building to address gun control on February 21, 2018 in Tallahassee, Florida. Photo: AFP

Companies are pulling out of deals with the National Rifle Association following the Florida school shooting. Is the tide changing against NRA? Our US correspondent, Susan Milligan looks as continuing tensions over the status of the so-called "dreamers".

10:05 Sarah Glidden: drawings that get under your skin 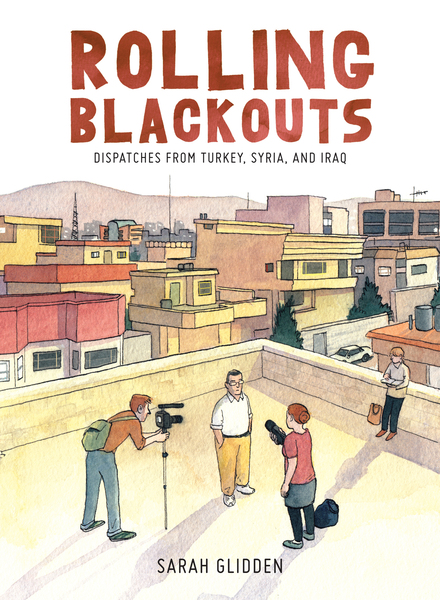 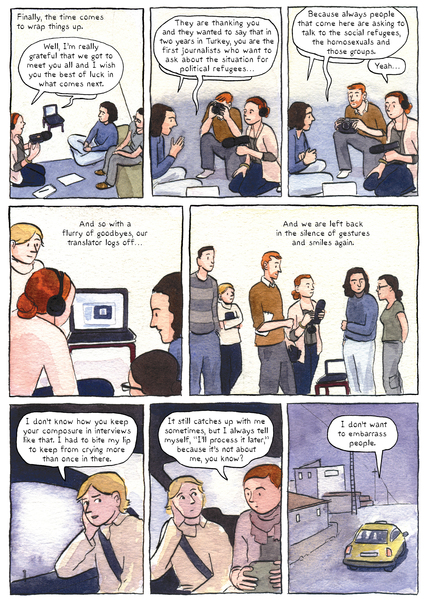 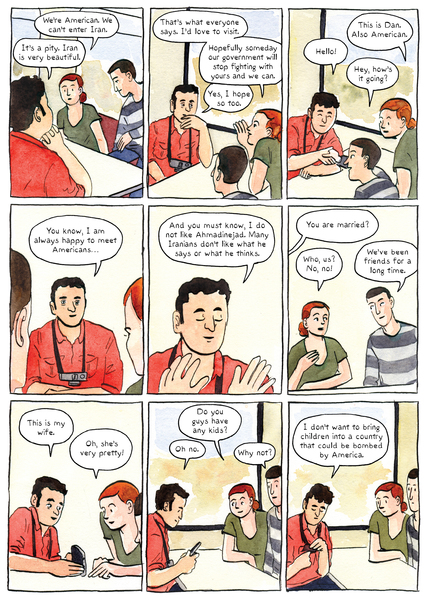 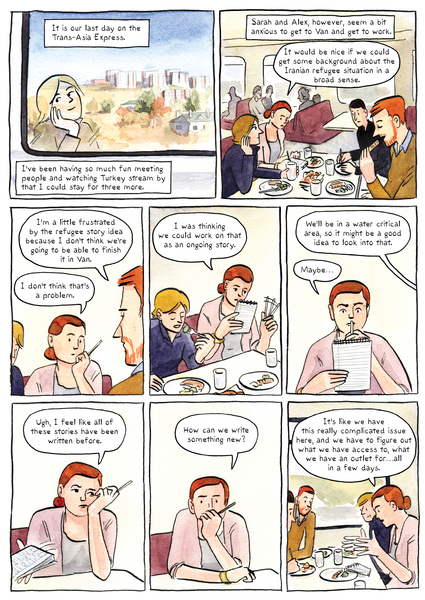 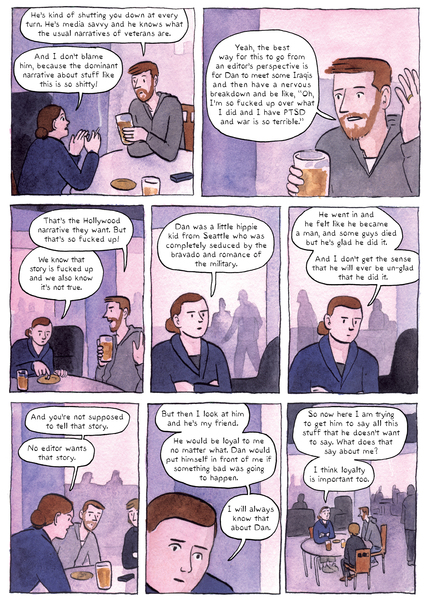 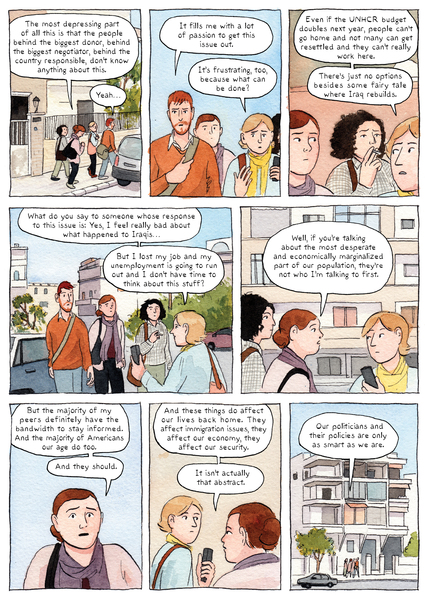 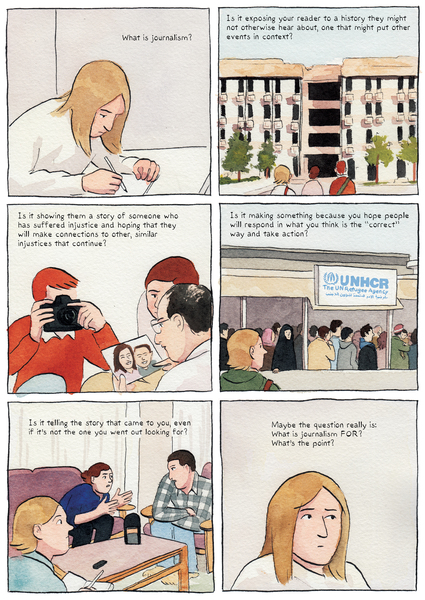 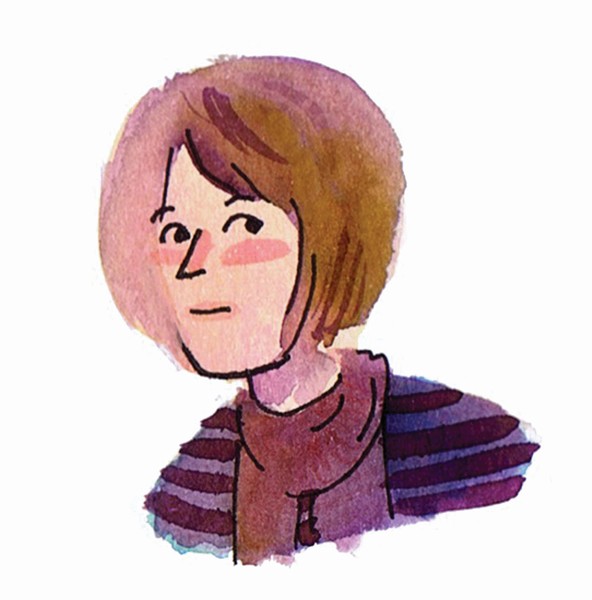 Sarah Glidden is a cartoonist and illustrator, who uses images to tackle weighty subjects like the many layered world of the Middle East. She's part of a generation of journalists using non-fiction comics to give a fresh perspective on important stories. The Seattle-based writer has published two comic books Rolling Blackouts: Dispatches from Turkey, Syria, and Iraq and How to Understand Israel in 60 Days or Less.

Sarah Glidden is a guest at two sessions and schools day during Writers & Readers from 8-11 March at the New Zealand Festival. 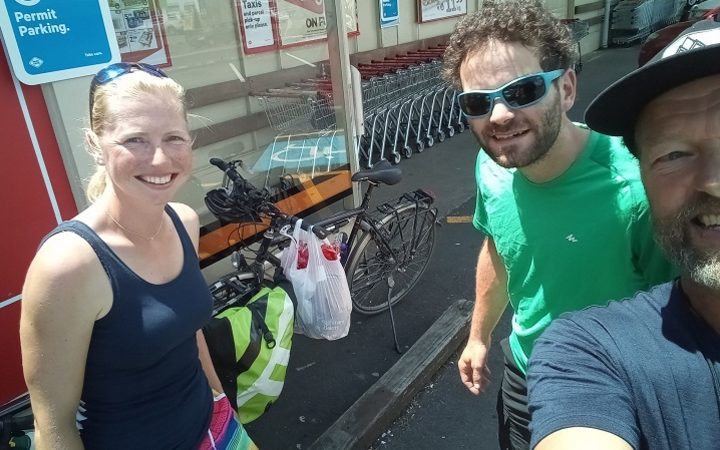 Call me crazy but this young Dutch couple have done over 4,000 kms on the Trail on fixed frame bikes! Photo: RNZ/Bruce Hopkins

Bruce Hopkins continues The Long Way Home.  As he tramps between Pureora Forest and Taumarunui, he  discovers that relying on the kindness of strangers isn't always your best bet.

On Rod's mind this week is the A2 Milk's deal with Fonterra which has caused A2's shares to soar making it the most valuable company listed on the NZX. Also the NZ start-up, Trademonster, that's sent 1m parcels to China.

Research out of the University of Auckland's Business School has found that the way land trusts are set up, goes against shared Māori cultural values and that's impacting on the effective management of Māori lands, including provoking fear responses and even the sabotaging of others. Kiri Dell from Auckland University's Business school says what's needed is a more Māori way of looking at Māori land ownership.

Gavin Ellis joins Kathryn to talk about the upside of Stuff Media’s mass sell-off or closure of titles, the lack of follow follow ups on big stories from main stream media and bouquets to Sharon Murdoch for her quirky pictorial tribute Arie Ketel who died this month. Gavin Ellis is a media commentator and former editor of the New Zealand Herald.  He can be contacted on gavin.ellis@xtra.co.nz