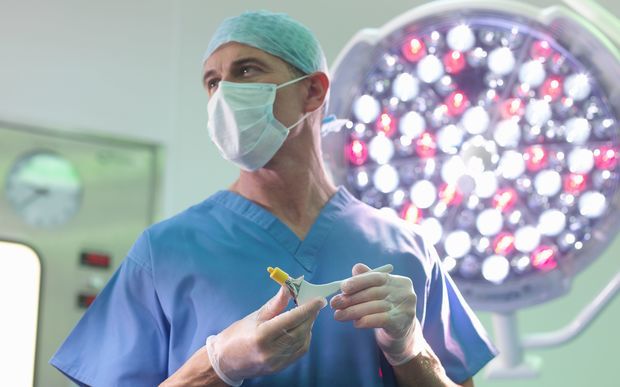 New Zealand recipients of faulty hip implants are asking the High Court for permission to sue the manufacturer - the multinational giant Johnson and Johnson's subsidiary DePuy. The metal-on-metal devices were implanted into about 500 New Zealanders before a global recall in 2010. Under ACC's "no fault" system, claimants are prevented from suing the manufacturer, however the group of patients are asking the High Court for the green light to seek exemplary, or punitive damages, for personal injury. Kathryn Ryan speaks to one of the claimants, Auckland lawyer, James Elliot, and Wellington lawyer Liesle Theron partner with Meredith Connell, ahead of the hearing tomorrow.

09:20 Can the public have confidence in the fishing industry ? 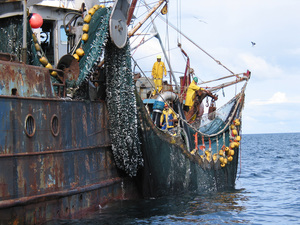 What now for the fisheries sector following the critical independent report by Michael Heron QC. Nine to Noon discusses with Glen Simmons from the Auckland University School of Business whose work instigated it.

Steve Almond has more on the gap in the polls closing between the two presidential candidates and the latest on the three attacks in one day across the country. 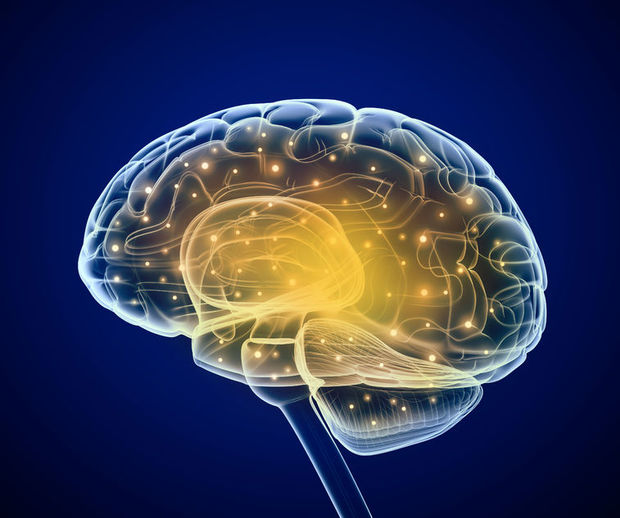 Kathryn Ryan speaks to Alex Korb, a neuroscientist at the University of California about his book The Upward Spiral: Using Neuroscience to Reverse the Course of Depression, One Small Change at at Time. The book  unpicks the inner workings of the brain and its chemistry. His own experiences of depression and of others led him to focus his studies on finding out more about its progression. A central theme of the book is that there is no difference between the brains of those who suffer depression from anyone else and how the thinking and feeling circuits can be reprogrammed.

Business Commentator, Rod Oram looking ahed to Fonterra's result on Thursday, and a legal challenge to the Electricity Authority on its proposed changes to the way electricity transmission charges are calculated 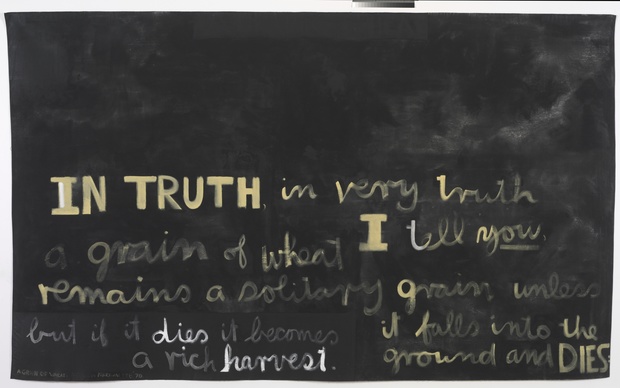 Colin McCahon - A grain of wheat 1970. Courtesy of the Colin McCahon Research and Publication Trust and The National Museum of New Zealand Te Papa Tongarewa. Photo: Te Papa Restricted Use

This month's record-breaking sale of the Colin McCahon painting The Canoe Tainui for $1.35 million dollars is a reminder of what an important artist McCahon was. Kathryn Ryan speaks to Thomas Crow from New York's Institute of Fine Arts has long rated McCahon, saying in a 2005 essay in ArtForum,  that his work stands amongst those of other post-war modernists like Mark Rothko, Jackson Pollock and Barnett Newman.

Today Gavin Ellis will look at the new TV One breakfast show which launched yesterday as well as the extraordinary response to a series in Stuff on growing up hating New Zealand. He's also looking to the U.S where trust in the media has reached an all-time low in the United States.