The Law Society says  the number of family court lawyers have dropped below a critical mass. That means in some regions of New Zealand there aren't enough lawyers willing to take on things like filing protection orders and acting for vulnerable children.

Nine to Noon speaks to the Law Society's Michelle Duggan as well as two lawyers who are giving up on, or scaling back on their family law work. Caroline McCarthy is in Blenheim and Gareth Bodle has just packed up his Wairarapa office and moved to Auckland. 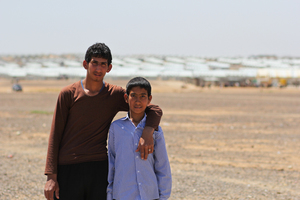 73 NGOs working in Syria have slammed the UN's response to the humanitarian crisis there, and have suspended some cooperation with UN agencies in the country. In a joint letter, the organisations have accused the UN and the Syrian Arab Red Crescent of operating under the political influence of the Assad regime - alleging a "deliberate manipulation of humanitarian and medical aid". Kathryn Ryan talks to  Dr Ahmad Tarakji of the Syrian American Medical Society Foundation or SAMS, one of the signatories to the letter.

10:05 Adam Cohen: the origins of eugenics

Kathryn Ryan talks to Time magazine writer and author Adam Cohen about the origins of eugenics. In his book Imbeciles: The Supreme Court, American Eugenics, and the Sterilization of Carrie Buck, he lays out the history of American eugenics and its occasionally surprising proponents - which include several of the country's most famous presidents and Supreme Court justices. What's more, he says eugenics is still happening today.

Gail Pittaway reviews The Woman in Cabin 10 by Ruth Ware

Sue Harrison and five volunteers have given their time to put together a cook book to raise funds for the Himalayan Trust. The recipes are from well known mountaineering families and have been adapted to be able to be cooked outside. The cookbook is called Outdoor Appetite. Sue along with fellow volunteer Richard Turnbull will share two  recipes from the book for Scotts Farewell Square and Marinated Butterflied Leg of Lamb. For more on how to buy the book you can visit the Himalayan Trust website.

Urbanist Tommy Honey talks about Architecture Week and its theme “Housing for the Future”.