After Britain's shock vote to leave the European Union, there is no indication that  Brexit will happen soon and some say it may never happen. Meanwhile Britain's two main parties are now in open conflict after the referendum result triggered a bitter leadership contest among the Conservatives while Labour has been rocked by a series of resignations from its shadow cabinet.

Nine to Noon speaks to Catherine Barnard, a Professor of European Union Law at the University of Cambridge and Zoe Williams, a journalist, and Corbyn supporter who thinks he should step down 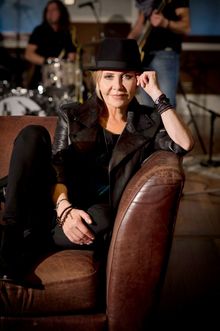 New laws come into force this week requiring landlords to equip rental properties with smoke alarms and insulation.
Paul Coggan is Manager for the Tenancy Compliance and Investigation Team within the Ministry of Business, Innovation and Employment. Phil Squire is the Chief Executive of the Sustainability Trust.

British pop icon Lulu, on songwriting and a career in the music business that spans five decades.

Deborah Patta has the latest on the release of New Zealander Jamal Khan and three Australian colleagues kidnapped in Nigeria last week.

10:05 Hope Jahren: The secret life of plants, trees and soil 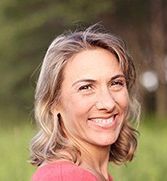 Discovering the secret life of plants, trees and soil has been the motivation for award winning US scientist, Hope Jahren to explore the natural world. She is a Professor of Geobiology at the University of Hawaii and the author of Lab Girl. The memoir tells of the discoveries she's made in the lab, the challenges of being a woman in science and of an enduring friendship with her colleague Bill, including their authorised, and unauthorised field trips.

10:35 Book review - The Mandibles: A Family 2029-2047 by Lionel Shriver
Reviewed by Hannah August, published by HarperCollins

11:30 From Muriwai to the World: 12 year old's vegetarian cookbook 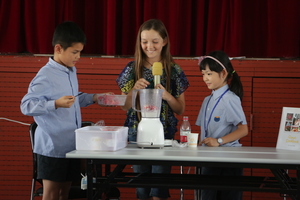 Clara's Cookbook has been voted the best children's cook book in the world in the Gourmand Best Cookbook Awards.  Put together by a 12 year old from Muriwai, Clara Donne was just ten when she finished the book.  It's now being ordered in the UK and Germany. Clara started it at the tender age of 5, when she first realised where meat came from.  She shares some recipes and mum Taine Henderson shares her initial concerns about her young daughter giving up meat. Photo: Supplied

After Friday's result in the UK, twitter is alive with #anywherebuthere comments - #movingtoenzed is red hot and some are saying that the outcome will achieve zero net migration without stopping anyone entering the UK.  Tommy Honey takes a look at the data behind Europe's recent population shifts.

The British Equivalent of Threatening to Move to Canada? CityLab: http://www.citylab.com/tech/2016/06/whats-the-british-equivalent-of-threatening-to-move-to-canada/488672/