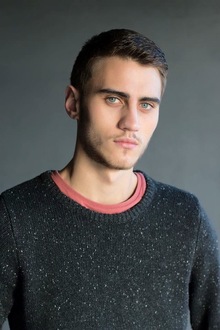 An expert panel set up to investigate how the Child Youth and Family deals with vulnerable young people has recommended the creation of a new department to fix a broken model which is failing many children in care.

Young Aucklander Tupua Urlich was involved in the review. In state care from the age of five, he was bumped around a fractured social welfare system, after being taken away from his drug addicted mother because of neglect. He responds to the plans for a radical overhaul.

A two decade worldwide project to assess the true catch of the fishing industry shows a massive decline in fish stocks which is far worse than official figures show - including in New Zealand waters.

Dr Daniel Pauly of the University of British Columbia is the leader of the Sea Around us Project,  a two decade worldwide reconstruction of fisheries catches, to estimate the true state of fish stocks around the world. In a paper published recently in the journal Nature he says global fisheries catches hit a peak of 130 million tonnes a year in 1996, and they have been declining strongly since then, which is substantially higher than the data collected by the Food and Agriculture Organization of the United Nations (FAO), which report that catches reached 86 million tonnes in 1996 and have fallen only slightly.

09:30 The business case for medicinal cannabis

A new study by Sydney University's Business School estimates that a medical cannabis industry in Australia could earn the country more than a hundred million dollars a year. Australia's federal parliament recently passed laws allowing seriously ill people to access medicinal cannabis - and allowing it to be grown for medical and scientific purposes.

Michael Katz of the University of Sydney business school says the white paper is the first of its kind to examine the financial as well as the potential medicinal benefits of a local medicinal cannabis industry for Australia.

10:05 Screenagers: the real impact of too much screen time

Many parents of teenagers will attest to the fact that their kids are often glued to their screens.  Film maker Lisa Tabb was struggling with this with her own teens and along with physician, Dr. Delaney Ruston, set about finding out just how much teenagers stare at screens, and what the impact is. Together they made the documentary Screenagers which delves into screen addiction and the pressures of growing up in the digital age.

10:35 Unity Books Review - The Bricks that Built the Houses by Kate Tempest

Still deeply depressed over the whole flag fiasco, Grant Smithies demonstrates his patriotism in other ways this week, focussing his ears on three killer local releases, two of them dusty reissues and the other as new as first love. Expect great sounds from Lontalius, David Kilgour and The Jean Paul Sartre Experience.

David Kilgour’s second solo album from 1994, freshly remastered and back to thrill us anew. More brash and sinewy than his solo debut Here Come The Cars, it still strikes me as one of his greatest offerings, and this from a man with a killer back catalogue.

A 3LP box set compiling the entire catalogue of this Christchurch band, put together by London’s FIRE Records label in conjunction with Flying Nun. Came out last year, but has only now made it to the top of the “pile of shame” in my office. I’d forgotten how good they were.

11:45 The Week that Was with Te Radar and Elizabeth Easther​