The Ministry of Social Development has slashed funding for community and trauma mental health services in Christchurch. The funding cuts were made before Sunday's big shake, which many residents said put their nerves back on edge five years after the quake that devastated the city.

The Salvation Army has had a schools support programme going for nearly five years set up with donations from the public immediately after the earthquakes. That funding is coming to an end, but Major Brenda Luscombe with the Salvation Army's Southern Division Headquarters says the need is still very high.

09:20 Making sense of the Tenancy Tribunal

Last year, just over 39,000 applications were made to the Tenancy Tribunal to rule on disputes. Just a tenth of them were brought by tenants against landlords, and the remaining 34,000 were landlords persuing tenants.
What does the Tenancy Tribunal offer both tenants and landlords when things go wrong? How does it work, and what do renters need to know when they're signing up to lease agreements?
Kevin Reilly of the Manawatu Tenants' Union and Paul Davies of Mbie's Tenancy Services Team.

09:30 Are we pushing the world's fisheries to the point of collapse?

A new international study on fishing numbers, by seafood researchers around the world including New Zealand says catches are double what official figures show.
But the findings are being disputed by visiting fisheries expert, Professor Ray Hilborn of the University of Washington.

Also speaking is Barry Weeber, the co-chair of the environmental umbrella group, ECO

Kimberley Hikaka has worked on the successful British ITV series Downton Abbey. Last year she won a BAFTA as co-producer of the mini series The Lost Honour of Christopher Jefferies - which is now screening on Netflix NZ.  The mini series tells the story of a retired school teacher, Christopher Jefferies, who questioned by British police for the murder of his tenant, 25 year old architect Joanne Yeates. He was then hounded by the tabloid media despite no charges being brought against him.
Between television roles, Kimberley Hikaka also works for Médecins Sans Frontières. 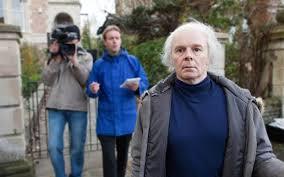 10:35 Book review I'll See You in Paris by Michelle Gable

In thinking about what she's forgotten to tell her daughter now that she's left home, Michèle lets us in on her approach to the sex talk and her take on rape culture.

Massey University demographer Professor Paul Spoonely talks about the New Zealand diaspora, which is second only to Ireland's. Around one million New Zealanders live elsewhere. He discusses whether this is changing, and what the impliations are for our economy and society.