The Lancet medical journal has established the commission to analyse key drivers of the pandemic, to strengthen accountability, and stimulate action. Among the Commission's aims is to independantly measure obesity targets, country by country, to improve accountability, especially among the worst performing nations.

New Zealand has the third highest adult obesity rate in the OECD, and our rates are rising. Almost one in three New Zealanders over 15 years old is obese. The cost to the New Zealand health care system is over $600 million per year.

09:30 What next for super-computing and problem solving?

As the performance of computer technology becomes faster and more energy efficient, what are the possibilities for harnessing their processing power and applying it to problem solving?

That is a central question at a high performance computing conference on in Wellington (5th Multicore World) this week, which has attracted some of super-computing's biggest names.

John Gustafson is an American computer scientist and businessman who has a law named after him about computer programmers setting the size of problems to exploit computing power as resources improve.

And it does - parallel computing using multi-core processors is used more and more to analyse massive volumes of data,including in the Square Kilometre Array which - with help from over 20 countries including New Zealand - is exploring space with the world's largest radio telescope.

Stanford University headache expert and migrane sufferer, Robert Cowan has advice for those who experience chronic headaches and migraines. It's a problem that afflicts millions of people worldwide. Dr Cowan is the founding director of the Headache and Facial Pain Clinic at Stanford Health Care, which helps patients to understand why they get headaches, and then to zero in on the type of pain they're suffering, and its potential causes.
Dr Cowan has also been involved in the Headache Cooperative of the Pacific.

Michèle realises she's hasn't spoken to her daughter about feminism. She delves into some of the history of the movement, in all its different waves and forms. She also offers some solutions. 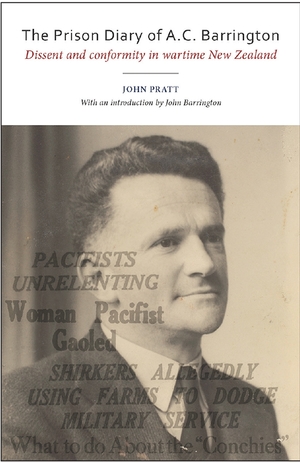 What happened to pacifists in WWII New Zealand? Why was New Zealand so intolerant of dissent? The Prison Diary of A.C. Barrington: Dissent and conformity in wartime New Zealand draws on a rare first-hand account of prison life by one of New Zealand's leading pacifists, Archie Barrington. Barrington was a leading figure in the Riverside community in Motueka.

John Pratt from the Institute of Criminology at Victoria University has edited the diary. He says it sheds new light on an era that was dominated by a rigid insistence on conformity. He also warns that the intolerance can still be seen today in the current penal saturation.

This week, science commentator Dr Siouxsie Wiles explains why it's better for retirees to keep up their book clubs and social groups, and talks about sexism in coding and advances in medical 3D printing.