Nine To Noon for Wednesday 3 February 2016

09:05 Iowa: Trump comes second and Clinton's in a dogfight

Iowa caucuses have left the Democrats in a dogfight, and the Republicans locked in a surprise three-way battle.Final results show Hilary Clinton squeezed to victory by the tightest of margins, taking 49.8%  to Bernie Sanders' 49.6% of the votes. In the Republicans' camp Ted Cruz took 28% of the vote to 24% for Donald Trump and Marco Rubio just fractionally behind with 23%

09:30 Could desert plants like cacti and succulents help power the world?

A team of researchers is studying the energy potential of cacti and succulents - because they grow in areas where most other plants can't. 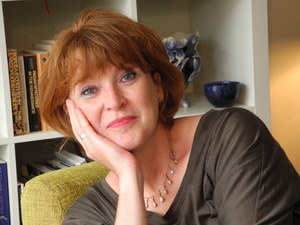 Redheadedness is often associated with Celtic heritage, but British author Jacky Colliss Harvey says the redhead gene didn't originate from the Celts. Her book Red explores red hair in the ancient world, through the ages and its portrayal in history, art, literature, religion and culture. Redheads have long been maligned and been the brunt of jokes and nicknames - gingernuts, carrot top, ging-errs etc,  but now there's a groundswell on social media of people with red hair uniting.

Two of the original members of Jefferson Airplane, one of America's premiere rock bands of the 1960s passed away this past week. Founding member Paul Kantner and original female vocalist Signe Anderson both died on January 28th, both were 74 years old. The Jefferson Airplane began as a folk-rock band founded by Kantner and Marty Balin in 1965, but with the addition of Grace Slick became one of the leading psychedelic bands out of San Francisco along with Quicksilver Messenger Service, The Grateful Dead and Big Brother & The Holding Co. By the 1970s they had morphed into Jefferson Starship thanks to Kantner's interest in sci-fi. The original Airplane eventually reunited in 1989 to tour and release a new album. Along the way guitarist Jorma Kaukonen and bassist Jack Casady fomed Hot Tuna, while Jefferson Starship became simply Starship, cracking out hits in the 1980s.

Richard Gill is one of Australia's most admired conductors.

He's also worked over five decades as a musician, teacher and music director.

Richard's in New Zealand this week leading the National Youth Orchestra in an intensive music camp.

He's passionate about the need for all schools to offer high quality music education.