Nine To Noon for Tuesday 2 February 2016

09:05 Why there is still no Pacific team in super rugby

The Super 15 rugby competition expands to 18 teams this year, but despite the fact Pacific Island players are constantly being recruited for other rugby nations, there's still no Pacific team.

Former Samoa Captain and Waikato chiefs player Mahonri Schwalger. He is now back in Apia where he runs his own rugby academy, preparing young players for teams in other countries.

Koli Sewabu represented Fiji at two rugby world cups, and has played for professional clubs and teams around the world - he is now working at Massey University, where he co-authored a major study on the treatment of Pacific islands players in rugby

09:20 The power & limitations of diagnosis

Diagnosis is one of medicine's principle tools. It explains what's going on, gives treatment options, provides a prognosis, and much more. Getting a diagnosis can be life altering, the diagnostic utterance, "cancer", " life-threatening", "benign" can mark a momentous shift in your life.

But it also has its limitations and is messier than what most people imagine. It can stigmatize, over-simplify and even medicalise a normal life experience. What 'counts' as an illness or a disease can depend on context, political and commercial will, and on what matters in society. What doesn't fit, can bring particular aspects of suffering to the fore while leaving others in the background. Delivering a diagnosis can de-stabilise a person's sense of themselves and future potential, often as powerfully as the ailment itself. 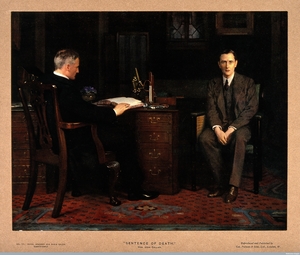 A physician telling a patient that he is going to die. By: John Collier Photo: Credit: Wellcome Library, London

Annemarie Jutel is the author of Putting a Name to it, Diagnosis in Contemporary Society and Professor at Victoria University's Graduate School of Nursing, Midwifery and Health who, after training and working as a nurse, left clinical practice to study the sociological aspects of health and illness. She's just published a special issue journal on the topic, in Perspectives in Biology and Medicine. There is also a Diagnosis in Contemporary Society facebook page.

Bronwyn Thompson is a Senior Lecturer at the Department of Orthopaedic Surgery & Musculoskeletal Medicine at the University of Otago, Christchurch. She is also a Chronic Pain sufferer. She remembers her experience of getting a diagnosis 30 years ago.

Susan Milligan reports from the USA on the day voting starts in the Iowa primaries. 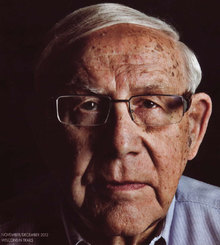 Psychiatrist, Darold Treffert has spent five decades studying people with autism and savant syndrome. He has written several definitive books on the topic, and was a consultant on the film Rain Man, featuring Dustin Hoffman as an autistic savant. Dr Treffert says while most savants are born that way, some ordinary people have become savants after a head injury or stroke, which he says indicates a buried potential in all of us.

Dr Treffert works at St Agnes hospital in Wisconsin, which has just opened the Treffert Center to ensure his research continues

One of the savants Dr Treffert has looked at is New Zealander Jonathan Petty, who is blind and autistic but began displaying remarkable piano abilities from an early age - including being able to play any tune he has just heard.

Jonathan is now 27, this video was taken when he was around 3 years old:

10:35 Book Review:  For the Most Beautiful by Emily Hauser

Reviewed by Anne Else
Published by Double Day

11:30 NZ companies at risk of being digital casualties 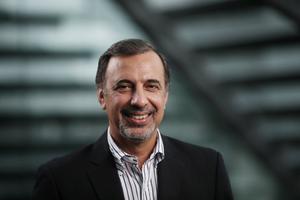 Daniel Vidal is an Adjunct Associate Professor with the University of Auckland Graduate School of Management.He  is appealing to New Zealand companies to include their best IT brains on their executive team. Professor Vidal teaches the Strategic Chief Information Officer Programme. He says companies risk becoming digital casualties if they just use their IT people for infrastructure and service, rather than letting them also contribute at a strategic level. Particularly at risk are small New Zealand firms which because of their size can struggle to align technology to an overall business strategy.

Gavin Ellis gives his first impressions of News Hub at 6pm on TV3 and its website that has been scrubbed clean of any 3News associations and asks is click-baiting affecting the way our news stories are being written?