The banning of FIFA president Sepp Blatter and UEFA president Michel Platini for 8 years means more than half of those who awarded the FIFA World Cup to Qatar in 2022 have been arrested, banned, suspended or pleaded guilty. So what now for the beleagured football organisation and will the ban on Blatter and Platini make much difference? Jamie Fuller is an ethics campaigner who is a co-founder of #NewFIFANow.

There's been a bit of a Christmas bonus for Auckland morning commuters so far this week; many people are getting to work on time because of a lack of congestion. Explaining what's behind the welcome lack of gridlock in the mornings is New Zealand Transport Agency Highway Manager Brett Gliddon. 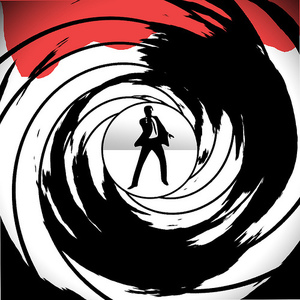 'The  psychopathology of James Bond, and its implications for the revision of the DSM-007'  is a tongue in cheek study of James Bond with a serious message - stopping diagnostic creep. Its authors from the University of Auckland say there's been a massive expansion in mental health diagnosis- and yet people haven't got sicker.

To stop 'the psychologising of everyday life' they have reduced the number of mental health diagnosis down to two; the Bond Adequacy Disorder (BAD) and Normality Disorder. The paper's senior author is Bruce Arroll

Ted Dawe's award winning book Into the River was controversially banned in August after being caught up in a scrap between the Office of Film and Literature Classification and its independent review body....over whether the book should have an age restriction. The matter was finally resolved in October, and the book was allowed back on the shelves with no rating.
Ted Dawe says he feels vindicated as the controversy has boosted interest in the book, which now has a US publisher.
And he says the whole saga proves that literature needs to be prepared to roll its sleeves up and get dirty, and to say the unsayable.

- Calling quits on the Doha negotiations. 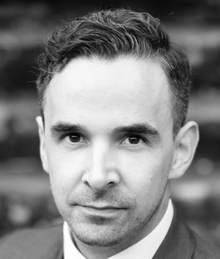 The writing of letters has been fading in popularity for years now. Emailing, tweeting and texting have put paid to many people sitting down to write and letter and then off to the post office, to post it. But Shaun Usher's website, lettersofnote.com has proved hugely popular. He has a variety of correspondence on his site, letters he believes deserve a wider audience, not just handwritten notes, but also postcards, telegrams, faxes, and memos. His first book - Letters of Note was a best seller, and he's followed that up with the newly released, More Letters of Note. More Letters of Note includes some notes penned by political figures, musicians, authors and others just by everyday people. @LettersOfNote on Twitter

The court decision on the search of Nicky Hager's home.

The 2015 Journalism, Media and Democracy report from AUT records that 60-70 jobs have been lost from NZ newsrooms this year

Artist: The Pogues & Kirsty MacColl
Song: Fairytale of New York
Composer: Jem Finer and Shane MacGowan
Album: If I Should Fall From Grace With God
Time: 11:10