The government has this morning released an options paper on overhauling the Financial Advisors Act.

There have been complaints the system is too confusing for consumers, and that some insurance brokers are receiving excessive up front commissions which can lead to the illegal practice of "churning" - where the broker encourages clients to change insurers regularly, so the broker can continue to receive the high commission. This also leaves clients vulnerable to having claims turned down due to accidental "non- disclosure" after being switched from one insurer to another by an adviser.

Paul Goldsmith is the Commerce and Consumer Affairs Minister.

Submissions close on 29 January for part 3 of the paper, and 26 February for parts 1 and 2.

Despite superb rankings on international league tables Asian educators are now shunning traditional teaching methods like rote learning, homework and exams. Dr. Yong Zhao says the best lessons from Asian education systems in places like Shanghai, Hong Kong, Korea and Singapore, do not relate to what helped them achieve their high flying status, but to what they are turning to.

Dr. Yong Zhao is an internationally acclaimed scholar, author, and speaker. He is the presidential chair and director of the Institute for Global and Online Education in the College of Education at the University of Oregon.

He's been presenting his latest research "lessons that matter: What should we learn from Asia's school systems,"  at the Global Education Leadership Partnership (GELP) event which is being hosted by New Zealand for the first time ever. 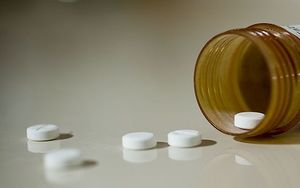 If a doctor gives you a sugar pill and tells you it will make your headache feel better and it does, that's called the placebo effect. But what happens if they tell you the pill will make your headache worse? The nocebo is the evil-twin of the placebo and it's thought to be responsible for everything from wind turbine syndrome, to electro-sensitivity, to some instances of gluten intolerance. Auckland University psychologist Dr Keith Petrie has recently been awarded the Mason Durie Medal for his studies of placebos, nocebos and other ways patients perceptions of illness can affect their health.

With the release of her third album, 25, Adele has become the biggest recording artist on the planet…at least for now. 25 is the third in a trilogy of sorts that began with her debut album, 19, released in 2008 and its hugely popular follow-up, 21, from 2011. The London-based singer seems to have effortlessly conquered the music world setting sales records on both sides of the Atlantic. Her new single, Hello, has everyone talking, especially after her performance on Saturday Night Live.

Charles Leota is a PE teacher who taught himself to code and has now created a pair of computer programmes, My Kete and Ezy Essay, which he hopes will help more than 70 thousand dyslexic children in New Zealand. Charles  recently won a 10 thousand dollar AMP Scholarships Award for his invention and says he plans to spend the money on developing his software further.