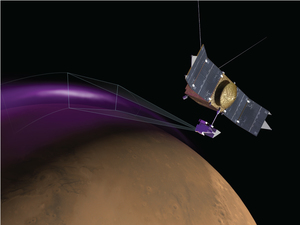 NASA has just announced a new discovery suggesting powerful solar storms swept away Mar's atmosphere, transforming it into the arid, desert world it is today. NASA's MAVEN mission has been orbiting the red planet and sampling its thin atmosphere for the last year. Nine to Noon speaks with Associate research physicist at the University Of California Berkley, Dr Rob Lillis, who was involved in the MAVEN mission.

09:20 What does the Canadian election mean for global politics?

Canada's relations with the United States has some parallels with New Zealand and Australia, they're the smaller neighbour which often gets overlooked when it comes to big, international affairs. But the election of a new Canadian Prime Minister, Justin Trudeau, last month could end up having a significant impact on global politics - and that's partly due to some interesting timing. The new PM is promising to legalise cannabis - just ahead of an international summit on drug treaties next year. He wants Canada to take a more aggressive stance on climate change, just before climate negotiations begin in Paris later this year. And just as Russia steps into the fight against militant Islamic fundamentalists in the Middle East, challenging US dominance, Trudeau has halted air strikes in the US-led campaign against Islamic State. Nine to Noon speaks with Dr David Dyment, the Ottawa President of the Canadian International Council. 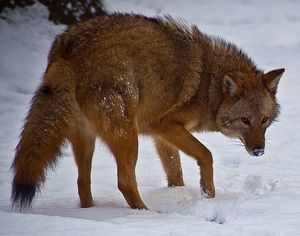 09:30 New hybrid predators on the rise in USA and Canada

There's a new type of hybrid predator stalking the prairies and forests of the North Eastern United States. It's called the Eastern Coyote but some also call the animals Coywolves because they're really not Coyotes at all - they're a new mongrel breed with a combination of coyote and wolf DNA with a bit of dog thrown in as well. Dr Javier Monzon has been studying Eastern Coyotes ever since he was confronted by one of the animals in the wild while hiking in New York state.

A new book on the Vatican's finances has claims of corruption, greed and mismanagement

Sydney-based author, James Fry  reflects on how turning to alcohol and drugs to escape school yard bullies sent him into the throws of a violent neo-Nazi group, how his family coped and the steps he took to get his life back. His memoir, 'That Fry Boy' tells how  it all began when he started at a new school at the age of eight. 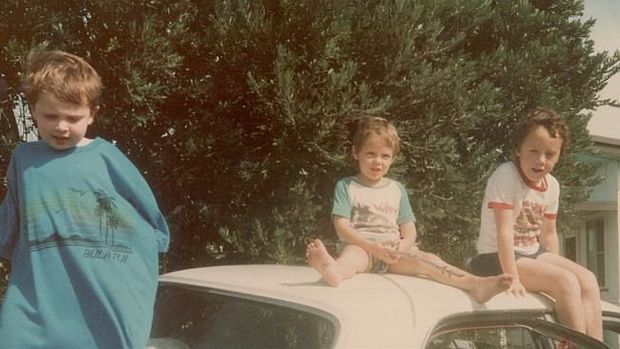 John McIntyre from The Children's Bookshop in Wellington

Have you Seen Elephant by David Barrow

10:45 The Reading:  The Final Episode of The Book of Hat by Harriet Rowland, told by Issy Stewart

Grant Smithies falls back in love with six-string electrics this week, playing spirited air guitar solos while he listens to new releases by The Brian Jonestown Massacre, Bespin, and the first album in 19 years from The Chills.

Released last week, the first significant LP from this Dunedin band in 19 years, since 1996's Sunburnt LP. It's the 33rd line up of the band, with songwriter Martin Phillipps the sole permanent member.

Founded in San Francisco and now based in Berlin, The BJM have been ploughing their singular psychedelic shoe-gaze furrow since 1990. This seven track extended EP is a good taster for their "Silver Jubilee" tour of NZ which starts tonight in Christchurch.

Featuring members of Cut Off Your Hands, The DHDFD's and Tiny Ruins, Auckland shoegaze trio Bespin released their debut five-track EP Osiris last week, with this song a standout. Nominated for the Critic's Choice Awards of the Tuis/ NZ Music Awards, which was awarded last night in Auckland's King's Arms.

11:45 The week that was with Te Radar and  Elisabeth Easter