09:05 Pharmacy Council moves to change code of ethics over homeopathy

The Pharmacy Council is moving to change its code of ethics to enable pharmacies to continue selling homeopathic products. The Society for Science Based Healthcare formally complained to the council over some pharmarcies promoting homeopathic products as effective - which breaches its own code of ethics. In response the Council is currently considering changing it's code of ethics so pharmacies can continue to sell the products. The Society for Science Based Healthcare, which is a group of consumer advocates, scientists and medical professionals, says this weakens the code of ethics, which is not in the best interest of the patients and it says has many examples of pharmacies promoting homeopatic rememedies as a treatment, despite no clinical evidence they work.

Australian doctors are refusing to allow the children of asylum seekers to be sent back to detention after being discharged from the Royal Victoria Children's Hospital. Right now there are 93 children being held on Nauru and 104 children in detention in Australia, a further 405 are living in Australia in community detention. The hospital doesn't currently have any inpatients who are asylum seekers but it has previously refused to discharge a mother and baby over fears they would be returned to detention in Nauru. Australia's only other children's hospital at Westmead in Sydney is also taking a stand against the detention of children. Nine to Noon speaks to the President of the Victoria branch of the Australian Medical Association, Dr Tony Bartone.

09:30 How astronomy has influenced Maori beliefs and practices

My next guests are looking into the Maori use of astronomy and its connection with culture, ecology and ritual. The Marsden-funded, Waikato University study is collecting Maori oral histories, surveys, and data on the role of astronomy and its impact on Maori culture, design, observatories and landmarks. The researchers are expecting that they will collect thousands of bits of material detailing Maori associations with astronomy, including songs, proverbs, design, surveys and interviews. Dr Hemi Whaanga is an Associate Investigator and Researcher for Te Mauria Whiritoi: The Sky as a cultural resource project; and Hohepa Tuahine is a PhD student working on the project. 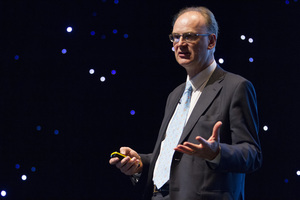 10:05 The Evolution of Everything

Who's really in charge of the world? Is humanity swept along in the wake of powerful leaders, inventors and thinkers? Are those leaders themselves just slaves to the trends and forces of their time? Maybe it's a bit of both. Matt Ridley's book, The Evolution of Everything, argues bottom-up development has lead to everything from modern health care to the mobile phone revolution. Matt Ridley is a journalist, science writer, a former bank chairman and a Conservative Member of the House of Lords.

Published by University of Canterbury Press, reviewed by Harry Ricketts

10:45 The Reading: The Writers' Festival by Stephanie Johnson read by Judith Gibson and Nigel Collins (Part 1 of 12)

A wise and witty novel that explores the contemporary phenomenon of the public face of the writer.

Originally hailing from the Buffalo, New York area, Mercury Rev began in 1989 as a neo-psychedelic musical collective featuring based around Jonathan Donahue, Dave Fridmann and Sean "Grasshopper" Mackowiak. They were also closely associate with Flaming Lips with Fridmann becoming that band's producer and Donahue spending time as their guitarist. The band made their biggest impression with 1998's majestic Deserter's Songs, an album that still stands as one of the decade's finest. The band has had its ups and downs over the years and have just emerged with their first album in seven years, The Light in You.

Wilding and Co is a Queenstown company that has turned environmental efforts to deal with wilding pines into a successful business. The company extracts high quality oil for the perfume, essential oil and anti-bacterial cleaning products industries. And they've recently signed a multi million dollar distribution deal with an American corporation, doTERRA.

Kathryn speaks to the co-founders of Wilding and Co, Michael Sly and Mathurin Molgat.