09:05 Why do so many experienced hunters shoot their mates?

Mistaken For Game Hunting Accidents - A Human Factors Review is a new study by HFEx, a company that analyses human factors in mistakes for companies such as the Department of Corrections, Kiwirail and Transpower. It says cognitive bias can mean a hunter feels convinced  they are seeing a deer - when in fact they have their rifle trained on a fellow hunter. On average a hunter is killed every 9 months, but so far this year 6 hunters have been shot. Two of the cases involved target misidentification. The report's author, Kyle Wilson says contrary to what most people think, the hunters involved in these accidents are often experienced and, crucially, believe they have 100 percent correctly identified their target.

09:30 Increasing data security in the cloud

Cloud storage is increasingly being relied upon to store your photos, your files, your financial  records... but how secure is it? The short answer is not very, even with encryption and there's no way of knowing if your data is being viewed by others. A public-private project based at Waikato University is aiming to give people more control of their data. STRATUS, led by a cyber security expert and lecturer at the University Dr Ryan Ko, is a six-year, 12 million dollar cyber security project funded by mainly by the Ministry of Business, Innovation, and Employment.

10:05 George Friedman: Is peace in Europe an aberration?

Hungarian born geopolitical forecaster George Friedman sees the old fault lines in Europe re-emerging. In his latest book 'Flashpoints: The Emerging Crisis in Europe' he examines the likeliest locations for future trouble and gauges what the consequences could be. George Friedman is the best selling author of 'The Next 100 Years', and 'The Next Decade' and he lives in Austin, Texas.

10:45 The Reading: Phoenix by Elizabeth Smither told by Annie Whittle (Part 1 of 2)

Origin Earth is a Hawkes Bay processor of fresh milk, yoghurts and a range of cheeses - all from biologically managed soils... which means the soil is being looked after and managed sustainably. Joanie Williams had spent her career in the dairy industry and following redundancy during the global financial crisis from PGG Wrightson, she and her husband Richard set up their company. A key part of Origin Earth is ensuring their products have the nutritional value of biologically active soils - and that there are no additives such as milk powder in their products. A key focus is on sheep milk, which they say is so far under-developed in New Zealand as a raw ingredient for premium products, with twice the milk solids of cows' milk and a better environmental footprint.

On a recent southern journey Kennedy Warne met paleoecologist Richard Holdaway at one of the most important and revealing fossil sites, Pyramid Valley, near the wine-growing area of Waipara in North Canterbury, to learn more about ancient Aotearoa as it was before humans arrived. 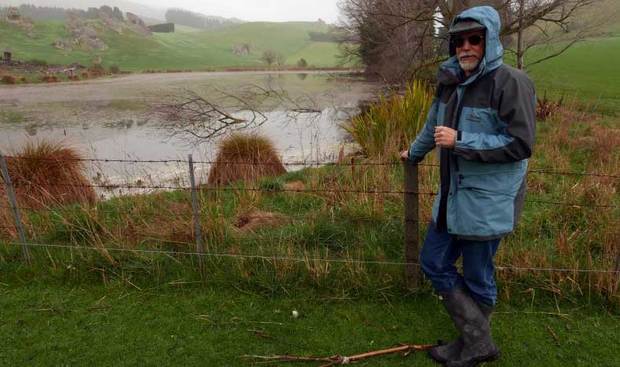 Kennedy looks at the the life of the Cook Strait ferry Arahura.The ferry travelled 13 million kilometres in 32 years, the equivalent of 325 times around the world, and her noblest hour was when she responded to a mayday call from the sinking Mikhail Lermontov cruise liner in 1986.

He also talks about the journalist Svetlana Alexievich who won the Nobel prize for literature. Here is an excerpt of her work is taken from “Voices From Chernobyl” , which won the National Book Critics Circle Award.