09:05 Is the Government neglecting science in the agricultural sector?

A former scientist from AgResearch's now defunct Wallaceville site says the latest round of staffing cuts at the Crown Institute form part of the largest loss of scientific talent in New Zealand since the Second World War.
The Crown Research Institute is looking to axe up to twenty percent of its agricultural scientists, following years of it slashing staff numbers. Professor Ken McNatty who is the former leader of the AgResearch Wallaceville reproduction group, says it's a national tragedy.

New research by Massey University shows media coverage of  price wars, like the slashing of mortgage rates, intense competition in domestic air fares, and spiraling house prices can add an important element to the competition. In some cases it even triggers new chain reactions. Massey University's Professor Harald van Heerde, says the impact of media coverage, including the 'echo chamber' created by social media, can be significant.

Roll Out the Barrel is a UK charity which is delivering roll-able water containers to communities where people would otherwise have the painstaking task of carrying them. In many developing countries such as in Africa, the job of getting essential water is often done by women, children and the elderly, where they carry it on their backs, heads or over their shoulders, often for several kilometres. Adrian Brewer wanted to find an alternative to that and developed a 30 litre rotary barrel with strong rubber tyres and a long sturdy handle. With donations and fundraising efforts from the likes of rotarians two and a half thousand barrels have been rolled out in countries including Kenya, Uganda, Malawi, Sierra Leone, South Africa and as emergency aid to the Philippines. 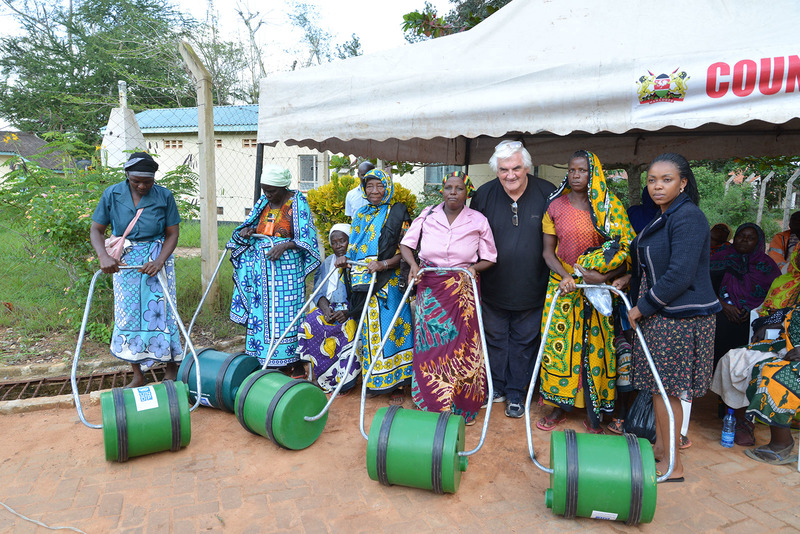 Roll Out the Barrel founder Adrian Brewer poses with barrel recipients in Kenya. A group of Roll Out The Barrel recipients with their community's new water containers. 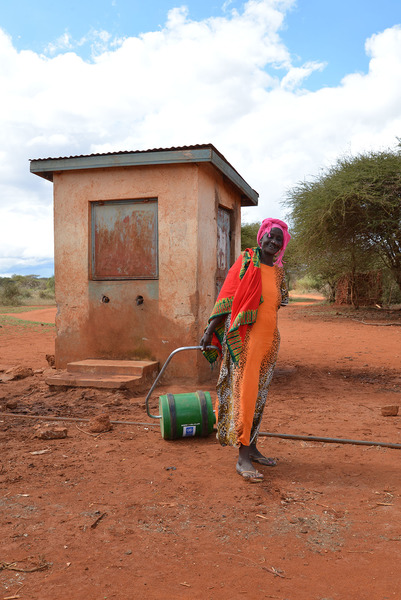 The 30-litre barrels have strong rubber tyres and a long sturdy handle.

Can image analysis detect the hand of the Old Masters like Giotto or Rembrandt? The pioneering Belgian physicist and mathematician, Ingrid Daubechies has the answers. She is in New Zealand, as the Maclaurin Lecturer, to discuss how image processing tools are used to decide whether a painting is an original or not, or whether several parts of a painting were painted by the same person. Or not. The James B. Duke Professor of Mathematics at Duke University was the first female full professor of mathematics at Princeton University; the first woman to receive the National Academy of Sciences Award in Mathematics in 2000; and the first female president of the International Mathematical Union in 2010. 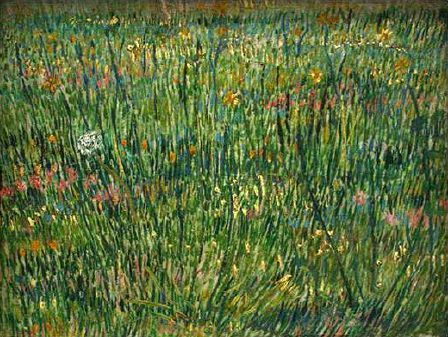 Grass in Bloom by Van Gogh 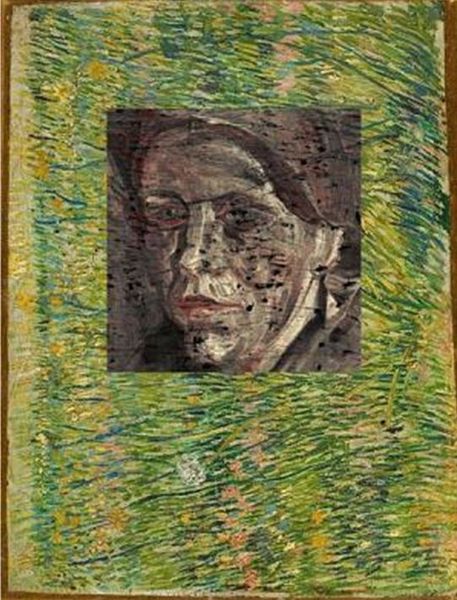 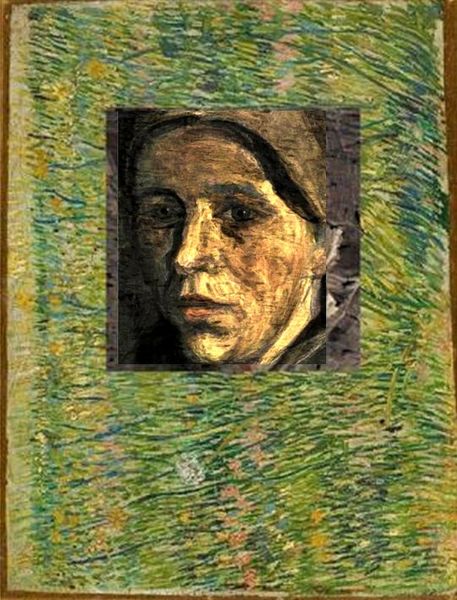 The Van Gogh painting under a Grass in bloom colorised by Joris Dik, based on the high-energy X-ray fluorescence data he and Koen Janssen had acquired 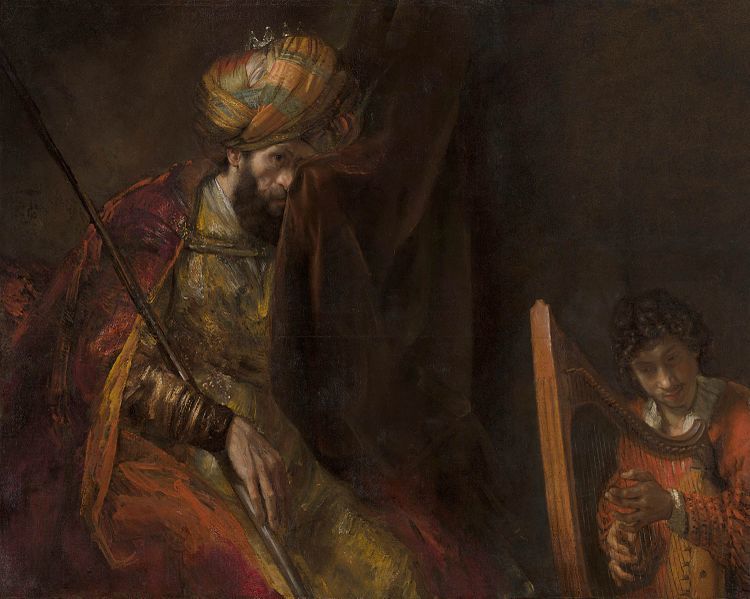 The attribution of "Saul and David" to Rembrandt was confirmed by an international team of experts in 2015.

Andrew Fladeboe is an artist based in Minneapolis. He came to New Zealand on a Fulbright scholarship to immerse himself in rural life and to document and to photograph traditional New Zealand working dogs in action.
He visited numerous South Island stations and worked alongside farmers and their dogs, including the remote, 1000 acre sheep and cattle station at Te Hapu run by Sandra and Ken Closs.
His resulting book, New Zealand's Working Dogs also branches out, and includes dogs working in other roles, such as those affiliated with the police, airport security, DOC and disability dogs. We talk to Andrew Fladeboe and Sandra Closs. 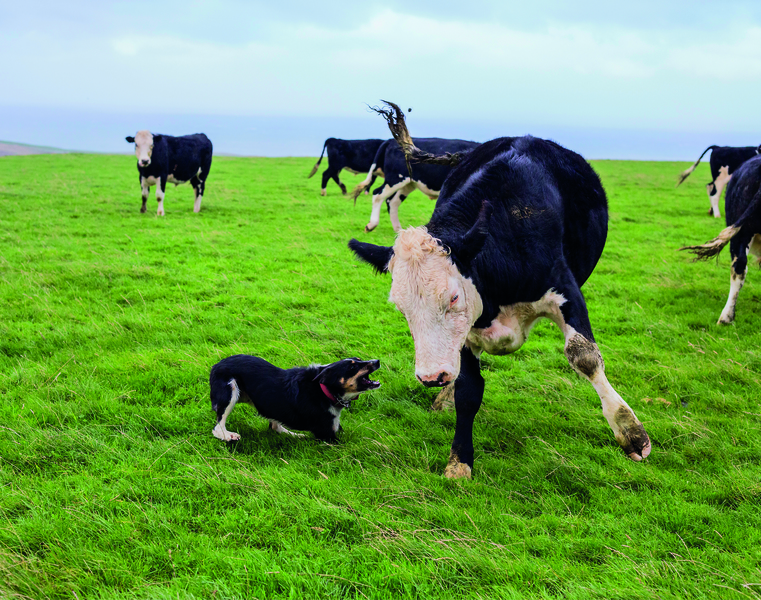 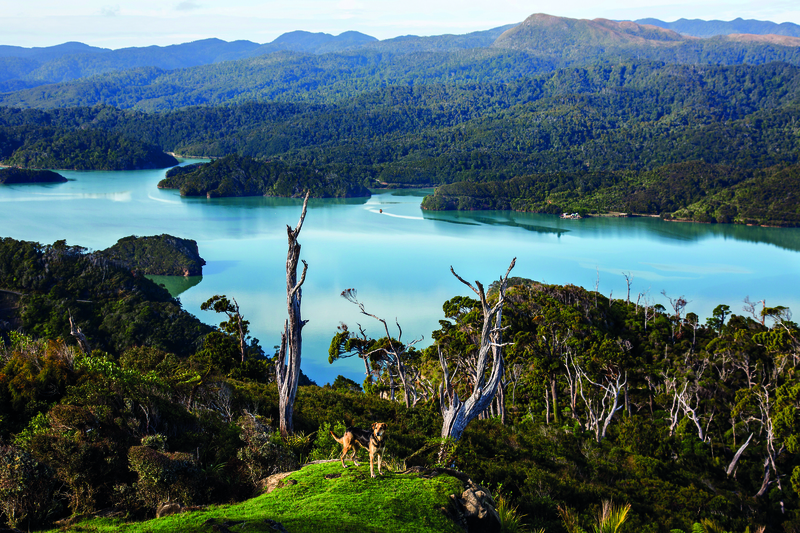 Asher of Te Hapu, with Whanganui Inlet and Kahurangi National Park in the background. © Andrew Fladeboe 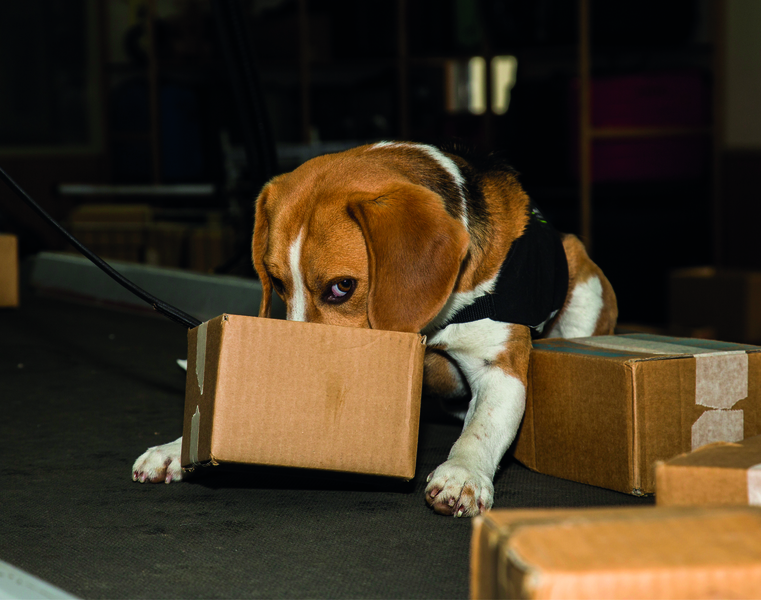 Clauson makes a find during a training exercise. © Andrew Fladeboe Rocky is hoisted to the second storey during a training exercise to get him used to being lifted. © Andrew Fladeboe 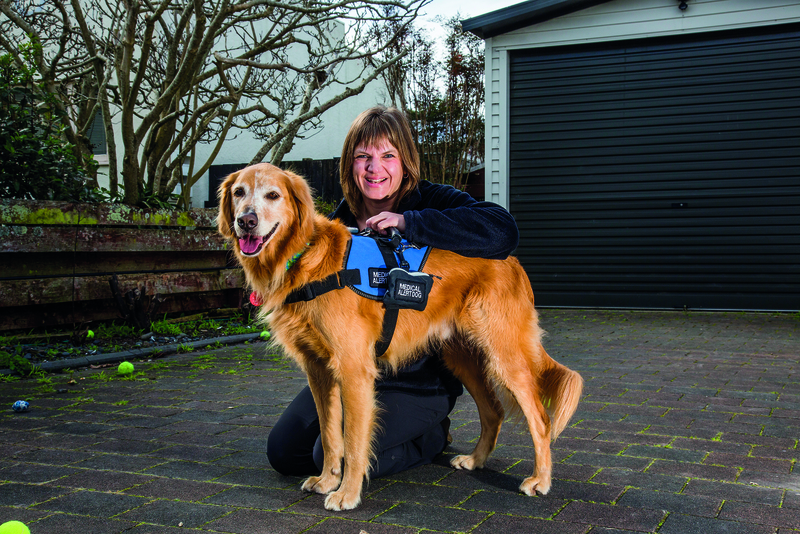 Belinda and her dog Tana. Tana is a rare type of working dog. He can detect epileptic seizures in his owner 30–60 minutes before they occur. © Andrew Fladeboe Asher posing high above the Tasman Sea while on a muster. © Andrew Fladeboe 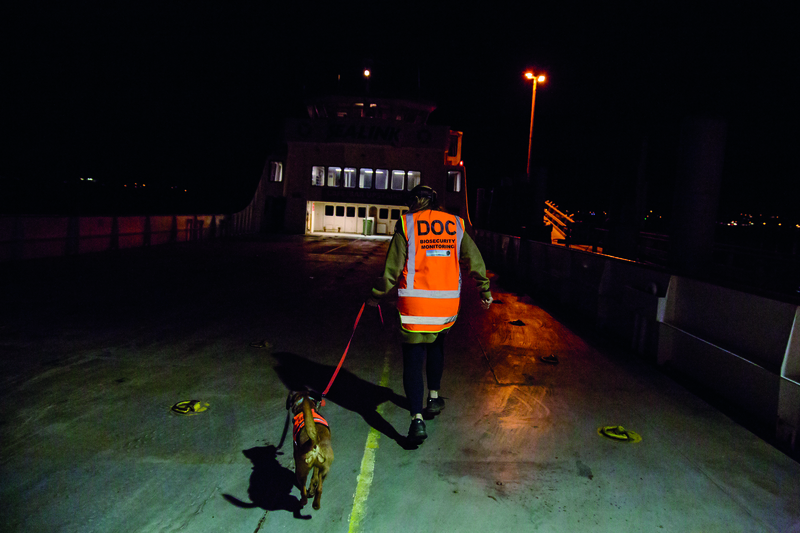 A typical search of cattle cars on a ferry bound for the islands. The dog is a Border/fox terrier/jack russell mix. His name is Pai and both his parents were rodent dogs as well. © Andrew Fladeboe Sandra and Ken Closs with their pack of dogs. © Andrew Fladeboe 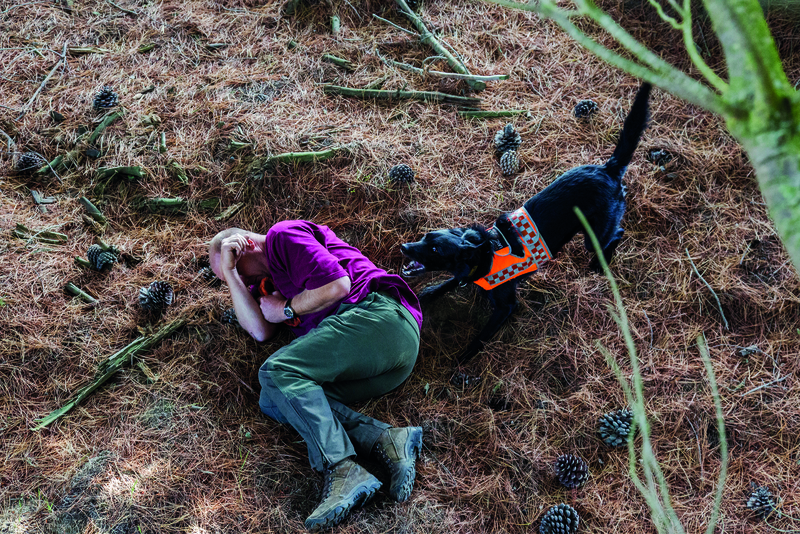 A search and rescue dog barking to alert his handler that he has found the ‘victim’. © Andrew Fladeboe 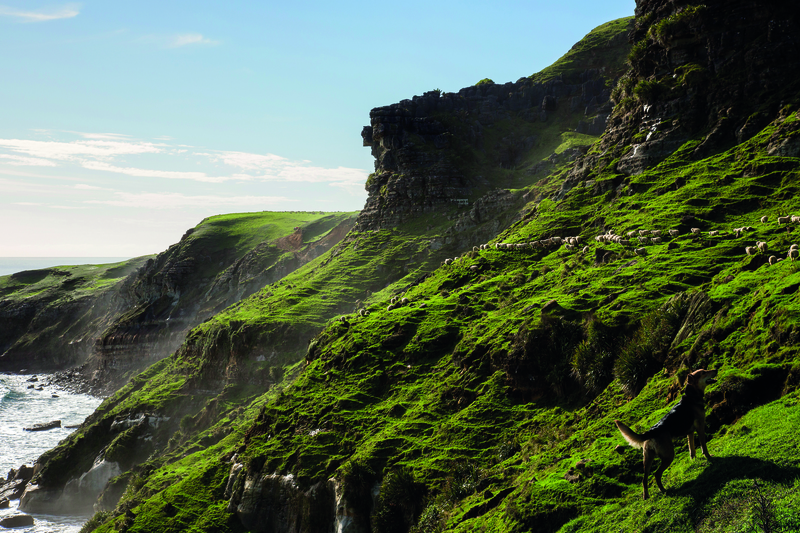 Sheep mustering at Te Hapu along the cliffs above the Tasman Sea. © Andrew Fladeboe