09:05 How will provincial areas pay for vital new infrastructure ?

The Government has unveiled a 30 year plan to improve New Zealand's infrastructure. What will this mean for  small provincial communities with ageing populations and low rating bases? Hastings Mayor and President of  Local Government New Zealand  Lawrence Yule.

09:20 A groundbreaking CO2 strategy that pays for itself

Researchers invent a process that turns polluting carbon dioxide into carbon nanofibers,  a highly sought-after manufacturing material with the potential to be used in the aerospace, construction, and electronics industry.
Stuart Licht, Professor of Chemistry at George Washington University.

09:30 The Topp Twins on nosing into people's kitchens

The Topp Twins have been entertaining for more than three decades - singing, yodelling and parodying the best Kiwi characters from town and country. Jools and Linda Topp are about to return to TV screens another season of their travel and food programme, Topp Country. They've been around New Zealand, having a nosy in around people's backyards and kitchens and meeting the characters behind them. They talk with Lynn Freeman about their views on the best Kiwi tucker – including Eketahuna sushi and mince on toast. 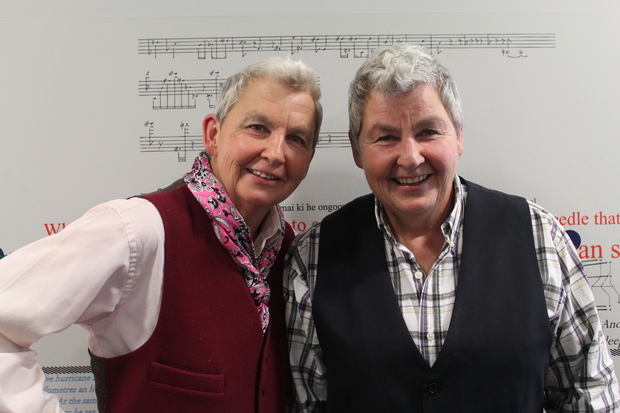 10:05 US psychologist Jean Maria Arrigo on the complicity behind state sanctioned torture

For years US psychologist Jean Maria Arrigo warned that the American Psychological Association was complicit in state sanctioned torture – and has been proven right.

10:45 The Reading: The English Speakers by Sarah Quigley

The story of two confident and articulate people who move to a foreign country and, in so doing, lose their place in the world.

After being sent a terrible new album of Nina Simone covers, Grant Smithies is sent scurrying back to Nina’s priceless originals. He also gets an earful of touring North Carolina bluesman Big Daddy Wilson and British soul-jazz nomad Will “Quantic” Holland.

11:45 The week that was with Te Radar and  Gemma Gracewood