As the militant group Islamic State has carved a swathe through Iraq, Syria and Libya, it has become known for high-profile murder videos - posted online - of journalists, aid workers, a pilot, and Egyptian Coptic Christians. It comes along with horror stories about widespread rape, public beheadings and floggings, and reports of suspected homosexuals being thrown from buildings, in cities that IS has taken control of. Will Western-led air strikes, and shoring up the Iraqi army - as New Zealand is planning to do in a training capacity - help prevent such atrocities? Yifat Susskind is the executive director of Madre, an international women's rights organisation, and has been working closely with human rights activists on the ground in Iraq.

Jon Dennis reports on the three British schoolgirls feared to have flown to Syria to join Islamic State, Ex-foreign secretaries caught in cash-for-access.

Professor Peter Gibson is a professor of gastroenterology at Australia's Monash University. He has spent many years studying irritable bowel syndrome and its links to gluten, and says his team has proven that gluten is not the culprit.

A two-part story from the short story collection 'The Families'. Read by Donna Akersten (Part 1 of 2, RNZ) 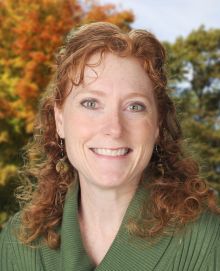 US-based social worker, school counsellor and author Signe Whitson has spent many years looking into bullying by girls. She is the author of Friendship & Other Weapons, a discussion guide and curriculum for parents and teachers and regularly speaks to schools about girl bullying.

Artist: Mavis Staples feat Jeff Tweedy
Song: Can You Get to That
Composer: Clinton/Harris
Album: One True Vine
Label: ANTI 787206
Time: 11.25am