Gluten: the villain of the food world?

Is gluten really the monster some would have you believe?

Professor Peter Gibson, who specialises in irritable bowel syndrome, believes not. He has a large tide of public opinion to fight against, however. 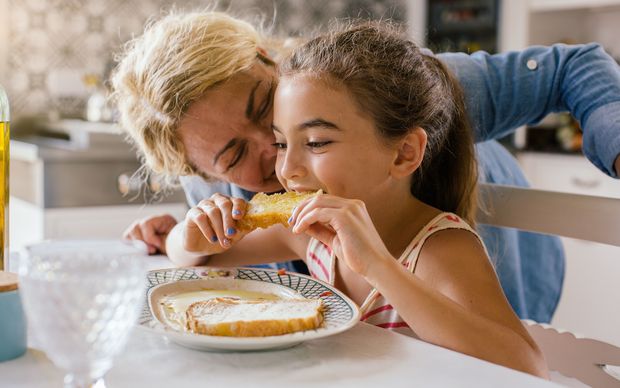 The sale of gluten free products has skyrocketed around the world. In the US sales increased by an average of 34 percent a year in the past five years.

So why has gluten become the villain of the food world?

Only around 1 percent of the population has coeliac disease, an autoimmune disorder trigged by gluten. In Australia it has been estimated that for every person diagnosed with coeliac disease there are 20 people who are on a gluten-free diet.

Around the world there are millions who believe they suffer an intolerance to gluten, which has been linked to irritable bowel syndrome, mood disorders, joint pain and many other health problems.

Gluten is a protein in wheat, rye, and barley that is commonly found in bread, beer and pasta. We have been eating it since we first started domesticating grains like wheat around 12,000 years ago.

Gluten started falling out of favour about a decade ago, when various diet books claimed it was harmful to health.  One of the first was Wheat Belly by cardiologist, William Davis. He claimed gluten was responsible for a range of conditions including arthritis, diabetes, asthma and multiple sclerosis. It became a New York Times Best Seller.

Other medical professionals followed suit such as US neurologist, Dr David Perlmutter. His 2013 book “Grain Brain: The Surprising Truth About Wheat, Carbs, and Sugar—Your Brain’s Silent Killers,” claimed gluten sensitivity “represents one of the greatest and most under-recognized health threats to humanity".

Many celebrities have publicly espoused the benefits of the gluten free diet. Tennis star Novak Djokovic says he was diagnosed as intolerant to gluten in 2009, and eliminating it from his diet made him the tennis champion he is today.

Initial studies into the causes of irritable bowel syndrome did seem to indicate a link to gluten. But one of the biggest and most rigorous studies, completed by a team at Melbourne's Monash University, has shown no link.

That study was lead by Professor Gibson.

In 2011 he and his team published a study that did link gluten with gastrointestinal symptoms in people without coeliac disease. However he was unsatisfied with the results because the research shed no light on why gluten might be causing these symptoms. So he redesigned the study to remove all variables, doing what he called "the gold standard test, a randomised placebo controlled rechallenge study".

The results of that study showed the cause of bloating, pain and digestive issues in patients with Self-Reported Non-Coeliac Gluten Sensitivity was the sugars that appear naturally in foods, known as FODMAPs: Fermentable Oligosaccharides, Disaccharides, and Monosaccharides and Polyols'.

Because these are also found in foods like wheat Professor Gibson said it explained why people's symptoms appeared to improve on a gluten free diet. He said FODMAPs provoke far more intestinal distress than gluten and more than three quarters of the patients with irritable bowel syndrome who come to his clinic see significant improvements with a low FODMAP diet.

Professor Gibson talks to Kathryn Ryan about his findings, and why he believes most of those following a gluten free diet may be doing themselves more harm than good.