The Conservation Department responds to the death a young tourist on the Milford Track earlier this year. It's moving to make visitors more aware of winter hazards on the Southern Great Walks. Allan Munn is the Department's Southern Region Services Director.

The country's drug buying agency Pharmac recently announced a major deal with the drug company Novartis  for nine new treatments and six new medications, which will benefit around 300,000 people. It says it is the most significant bulk purchasing deal since it was created 21 years ago. Steffan Crausaz is Pharmac's Chief Executive.

Canadian award-winning film director and screenwriter, David Cronenberg’s body of film work has often portrayed controversial and shocking subject matter, with movies including: Dead Ringers, The Fly, Videodrome, Naked Lunch, Crash, Spider and more recently, The History of Violence and Eastern Promises. His debut novel is just out. Consumed is about two stylish and tech-obsessed people who are not only lovers but competitors. The plot is extensive, covering off 3-D printing, North Korea, the Cannes Film Festival, cancer... and much more.

10:35 Book review: 'For the love of Horses: The Wilson Sisters' Inspiring Journey to Save New Zealand's Wild Horses' by Kelly Wilson

Scott returns to Hubei Province with his wife’s ashes. There he confronts the memories of the terrible events that brought them together. (7 of 10, RNZ)

Rod Oram discusses South Canterbury Finance; and the related issue of New Zealand's lack of deposit insurance, which makes us a great anomaly among developed countries.

Our Big Blue Backyard is the title of the latest book from Taranaki-based natural history writer, academic and graphic designer, Janet Hunt. She has previously won awards for her adult and children's books on wildlife and nature. In 2004, her study of New Zealand wildlife won Best in Non-Fiction and Book of the Year at the New Zealand Post Book Awards for Children and Young Adults, as well as the Elsie Locke Award at the LIANZA Children's Book Awards. In 2008, her Wetlands of New Zealand: A Bitter-Sweet Story won the Environment Award and the Montana Medal for Non-Fiction at the Montana New Zealand Book Awards. But Janet Hunt's latest focus – Our Big Blue Backyard, is about the 38 marine reserves around the country, and what is needed to protect and preserve New Zealand's seas and foreshores. 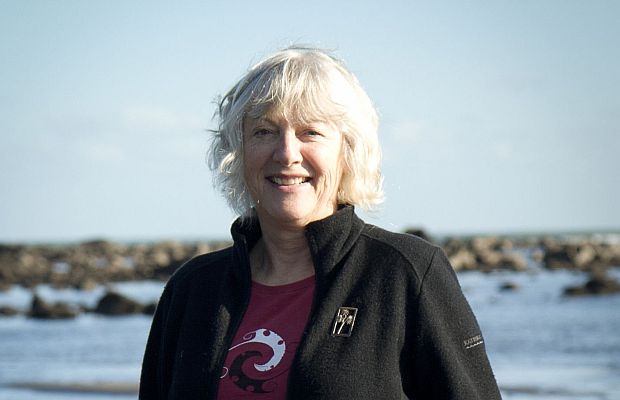 Gavin Ellis discusses the fallout across the Tasman after a university lecturer criticised Rupert Murdoch in a lecture - and an essay in Economist looking at the future of books.