Scott Donaldson spent 83 days at sea in his attempt to be the first solo kayaker to row from Australia to New Zealand. He was forced to abandon the kayak and was rescued at sea after last week's storm, despite having at one stage come tantalisingly close to the east coast. 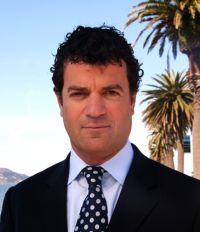 09:20 US Environmental head on tackling issues in Pacific Southwest

In the role he's in charge of improving water and air quality, enforcement of environment laws and cleanup operations, as well as promoting sustainable economic growth.

In his last job as Director of the San Francisco Department of the Environment, he was instrumental in banning plastic bags and moving the city towards its goal of producing zero waste by 2020.

Dan Carlin is an American political commentator, amateur historian, and podcaster. Once a professional radio host, Carlin took his work to the Internet before podcasts were popular. He now hosts two cult-favourite independent podcasts: Common Sense, and Hardcore History in which he meticulously researches, and entertainingly explains, historical events.

10:30 Book review: The Corners of the Globe by Jessie Burton

Autobiography of Sophie Pascoe, the Paralympic swim champion (4 of 6, RNZ)

Sarah Putt discusses the right to be forgotten - in a digital sense, and the political party's tech policies.

The Noisy Book by Soledad Bravi.