09:20 The witty letters to the Queen on life in the House of Commons

Former Labour MP in the Blair government, Janet Anderson on her role as Vice-Chamberlain of the Royal Household, which required her to write a daily message to Her Majesty the Queen on the proceedings in Parliament.

The letters have now been turned into a BBC drama, called With Humble Duty Reports.

Graham Charles is a Kiwi adventurer who has travelled to many wild and beautiful places around the globe. Canoeing has featured in his life for three decades and his sporting endeavours - which include skiing, climbing and kayaking, have taken him to Antarctica, Tierra del Fuego and Greenland. He has competed in tough sporting events and is also an outdoors instructor, an adventure guide and survivor of some dangerous situations, all the while capturing his pursuits with a camera. He's just written a book aimed at exploring wilderness adventures in New Zealand called New Zealand Whitewater 5 - 180 great kayaking runs.

10:45 The Reading: The Cave of Winds by Elspeth Sandys

Two Kiwi soldiers hide in a mountain cave after Crete has fallen to the Nazis. Two members of the resistance risk all to shelter them as German troops draw ever closer. (Part 1 of 4)

Sachie Nomura is a Japanese-born, New Zealand based chef who presents a popular cooking show on TV, named after her own highly successful cooking school, Sachie's Kitchen and a recipe book out of the same name. She was taught to cook by her mother and aunt, and has since developed her own unique form of fusion cuisine.

Kennedy will be in the crown of a dying kauri that he will be climbing into with a couple of arborists in the Waitakeres. From that lofty perch he will talk to us about kauri dieback disease, one of the deadliest threats facing our native forests, and one of the most difficult to deal with. 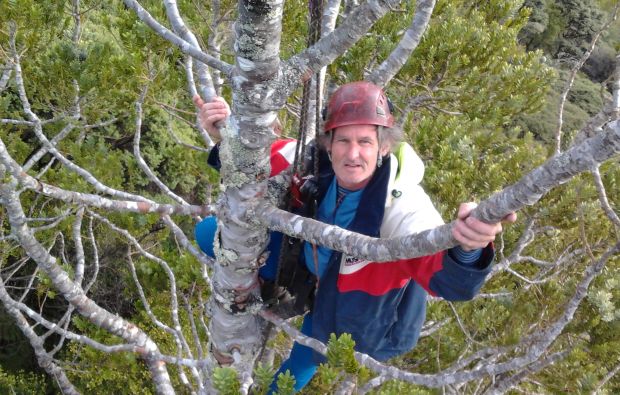