09:05 Head of addiction services at a major DHB calls for decriminalisation and regulation of cannabis

09:25 Nigerian womens rights activist on kidnapping of more than 230 schoolgirls

Bisi Olateru Olagbegi, is a lawyer, activitist - and she is the Executive Director of the Womens Consortium of Nigeria.

09:30 An Auckland co-ed primary school introduces an all boys class

Bruce Cunningham is the principal of Belmont Primary on Auckland's North Shore. This year the co-ed school has introduce an all year 3/4 boys class and is thrilled with the results

Inua Ellams is a word and graphic artist born in Plateau State, Nigeria. He is a writer with a style, as influenced by classic literature as it is by hip hop, by John Keats as it is by MosDef. Also a playwright and performer, 2009 saw the debut of his first play The 14th Tale, which won a prestigious Fringe First Award at the Edinburgh Fringe Festival. His second play toured the UK for 30 dates in 2010. In 2006, he started the urban movement The Midnight Run, which has been held in several cities and has an upcoming date at the Auckland Writers Festival.

10:45 The Reading: The Elusive Language of Ducks, by Judith White

A quirky and heart-warming story of human relationships – and a duck. (Part 8 of 10).

The Colosseum is cleaned, David’s ankles are weak, and Five Maori Painters at Auckland Art Gallery 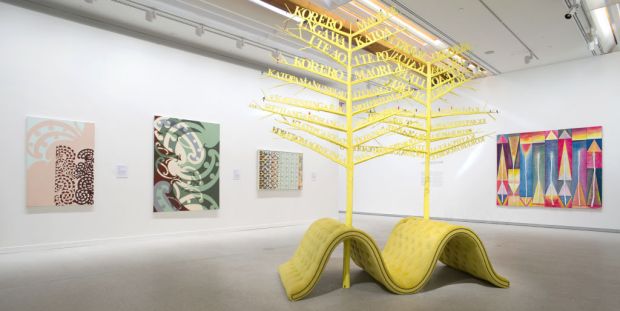 Artist: George Harrison
Song: If Not For You
Composer: Dylan
Album: All Things Must Pass
Label: EMI
Time: 10:05