09:05 Preparations for the memorial service for Nelson Mandela

Mac Maharaj is South African President - Jacob Zuma's spokesman. Mr Maharaj is mourning the passing of his long-time friend and confidante,  Nelson Mandela. He was in jail on Robben Island with  Nelson Mandela and smuggled out part of the manuscript which formed Mr Mandela's memoir - Long Walk to Freedom.

09:15 Preparations for the memorial service for Nelson Mandela

Dr Liz Craig is a Senior Clinical Epidemiologist at the University of Otago.

09:40 All Blacks coach on the team's perfect record this year

All Blacks coach Steve Hansen on achieving the first 100 per cent record by any team in the professional era.

Theo Spierings, the CEO of Fonterra, New Zealand's largest company. The world's largest dairy exporter was caught up in a botulism false alarm this year that made headlines around the world and damaged its reputation, particularly in China.

10:45 The Reading: Wulfsyarn - A Mosaic by Phillip Mann

Wilberfoss begins to reveal the nature of the conflict between himself and the Nightingale and tells of the arrival of the giant alien creature, Chi Da. (Part 6 of 10)

Michael Cooper from Fudge Fresh and Natural has been making fudge and chocolates for over 30 years ago. He uses old family recipes. Each week he sells his sweet treats at the Christchurch Farmers Market - and some retail outlets also stock his products. 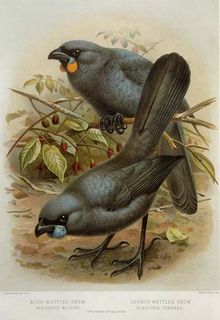