Delia Gallagher is based in Rome, she is a contributing editor for Inside the Vatican magazine.

Telecom finally admits its YahooXtra email service has been compromised by hackers, while IT experts say it may be the single biggest email takeover ever seen in New Zealand. Daniel Ayers, director of Elementary Solutions, a computer forensic company. 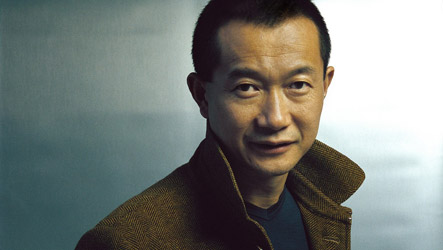 Tan Dun, a Chinese contemporary classical composer who is most widely known for his scores for the movies ‘Crouching Tiger, Hidden Dragon’ and ‘Hero’. To mark the Year of the Snake, the Academy Award-winning composer is coming to to New Zealand to welcome in the Chinese New Year and conduct the New Zealand Symphony Orchestra in a performance of his Martial Arts Trilogy.

The Universe vs Alex Woods by Gavin Extence
Published by Hodder

Jinx walks to Millie May's vege stall and a place for cell phone coverage. Playdough her dog is not well and a nice pair of men take her back to town where Martha keeps an eye on him. Gareth, the young blacksmith, goes to check Fliss's daughter Paula's horse and back in Easy, Martha hatches plans for Jinx to stay and help the local women build a toilet.

Director Anapela Polataivao and writer Vela Manusaute of performing arts company Kila Kokonut Krew. They're the brains behind The Factory, NZ's first Pacific musical, which is part of the Auckland Arts Festival.