Mary-Ellen Field is one of 184 witnesses to give evidence to the Leveson Inquiry. The former business adviser to model Elle Macpherson lost her job as a result of phone hacking.

Paul Connew is a tabloid editor-turned-public relations expert who has followed the phone hacking scandal closely.

Ken Rintoul is a president and co-founder and of the NZ Rural Party; and Joe Carr, NZ Rural Party founding member and board member.

UK Deed Poll Officer Louise Bowers discusses the trend for increasing numbers of newly married couples to blend the distinctive syllables of their two surnames to create a new one – a practice known as "meshing".

Mike Morwood and Thomas Sutikna are the two scientists behind the discovery of a new species of human, Homo floresiensis, which was subsequently nicknamed the "hobbit". They talk about their ongoing excavations that seek to better understand this new and unique species of human.

Both men will hold a free public lecture on Homo floresiensis tomorrow (Saturday) at 3 pm at Te Papa's Soundings Theatre. It will also be webcast live. 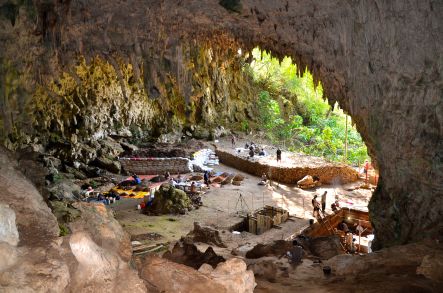 Travel writer Karen Goa and her husband travel across their native Canada after 20 years enjoying the New Zealand good life.

Artist: Cody ChesnuTT
Album: Landing on a Hundred
Songs: Til I Met Thee, Under the Spell of the Handout

How New Zealand has pulled off the unthinkable - a test win in Sri Lanka.

11:45 The Week That Was with James Elliott and Pinky Agnew