09:30 The once-in-a-decade leadership change in China

Anne-Marie Brady is an Associate Professor in Political Science at Canterbury University who specialises in researching Chinese politics. She is in Beijing where the 18th Chinese Communist Party's Congress is taking place.

Mick Wall was the founding editor of Classic Rock magazine and he's the author of numerous rock titles – he's written books on Iron Maiden, Black Sabbath, and the critically acclaimed biography of Led Zeppelin, When Giants walked the Earth.

Mick's latest book is on AC/DC, Hell Ain't a Bad Place To Be, published by Orion.

The award-winning story of Te Rauparaha's surprise raid in 1831 when he chartered an English trader's ship to take his war party from Kapiti to Banks Peninsula for an attack on his Kai Tahu enemy. (Part 7 of 10)

The announcement that New Zealand will not be part of the Kyoto climate change protocol in the future and the sluggish economy.

Rob Garrett has curated NZ Sculpture Onshore, a biennial outdoor exhibition, for the third time. It features the work of more than 100 artists and is displayed at Fort Takapuna in Auckland until 18 November. 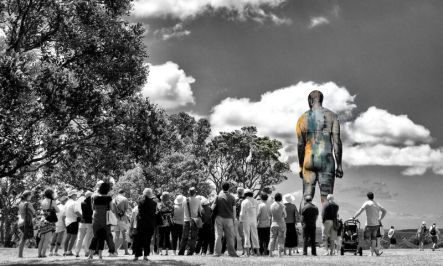 The sad death of the actor who played Coronation Street's Jack Duckworth, the strange fascination of Border Patrol and the wholesome branding of The Free Range Cook.