09:05 The Waitangi tribunal finding the kohanga reo has suffered severe prejudice as a result of the Crown's actions and omissions

The extradition of computer hacker Gary McKinnon halted after 10-year battle and the Referendum on Scotland's independence.

Merridy Eastman is an Australian author and actor currently acting in Packed to the Rafters. Her latest book, the final part of her memoir trilogy How Now Brown Frau, is about waking up one morning married, pregnant and without a word of German under her belt, living in Bavaria.

10:45 Reading: A Day with Yesterman by Owen Marshall

Read by Peter Hayden. Chatterton gives a lift to Caan, a stranded traveller, who invites him to a Rotary lunch in Dunedin which takes an unexpected turn. (Part 2 of 2)

Botanical painter Susan Worthington who was selected to record some of the remarkable plants in the gardens of Highgrove - the family home of Prince Charles. Some of Susan's work is currently displayed at the Diamond Jubilee Splash Exhibition  at the Venue Academy Galleries Queens Wharf, Saturday 13 October - 21 October 2012. 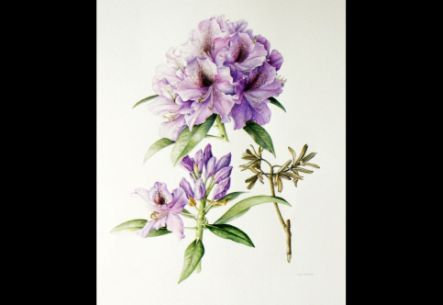 R. 'Purple Splendour', by Susan Worthington, from The Highrove Florilegium which is a set of 2 volumes of botanical artworks of plants and trees commissioned by the Prince of Wales to record specimens in his garden at Highgrove. Credit: Addison Publications, copyright A G Carrick.

The coverage of the WINZ computer kiosk case - the roles of the blogs and the mainstream media.