09:30 Schools and individual teachers are paying to feed hungry children to ensure they ready to learn

Photographer Bert Stern rose to fame during the sixites – the golden age of advertising, and went on to take portraits of the world's most famous women – including Marilyn Monroe. He talks about his star-studded career and his own fall from grace. 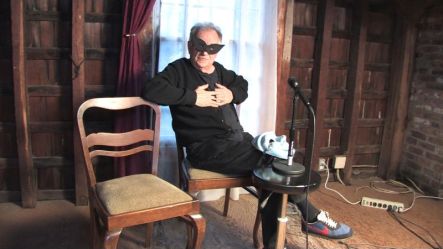 In the Kindgom of Men by Kim Barnes
Published by Hutchinson $34.99

The party of Rangatira has been enjoying social success in London including visiting the Prince and Princess of Wales at Marlborough House. But not everything is rosy.

One of the most creative, talented and musically adventurous artists to emerge fom the 1960s,.

09:25am
Green Lights by Aloe Blacc
Written by Dawkins (Aloe Blacc)
From the Album "good Things" 2010

10:06am
Diamonds are A Girl's Best Friend, performed by Marilyn Monroe
Written by Robin Styne
From the Album Marilyon Monroe - Marilyn Sings

10:33am
You've Got the Kind of Nerve I Like by Tiny Ruins
Written by Holly Fullbrook
From her 2011 debut album Some Were Meant for the Sea

11:47am
Just a Little Lovin' - Dusty Springfield
Written by Mann/Weil
From her 1969 album Dusty in Memphis