Nine To Noon for Wednesday 1 August 2012

09:05 Will Christchurch ratepayers be stuck with the massive bill for major civic projects planned for the new CBD, including an arts centre and large stadium?

09:30 Neuro-plasticity and how physical activity can improve cognitive function in older people

Pofessor Arthur Kramer is the director of the Beckman Institute for Advanced Science & Technology and the Swanlund Chair and Professor of Psychology and Neuroscience at the University of Illinois.

Part two of Jacqueline Fahey's memoir is called Before I Forget and delves into her life after her marriage to psychiatrist Fraser McDonald and becoming an artist and name in her own right. 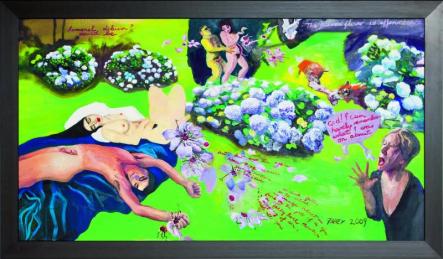 10:45 Reading: 'Everything' by Pip Adam read by Alison Harper

The third in a series of short stories from Pip Adam's collection Everything We Hoped For.

Willy DeVille is best-known as the leader of Mink DeVille, one of the many bands who emerged from the New York City punk scene in the mid-70s along with The Ramones, Patti Smith, Blondie and Television. Willy DeVille was a huge fan of the R&B groups of the 1950s such as The Drifters along with blues, Latin soul, and Creole. He went solo in the 1980s, gaining his biggest fame with the song Storybook Love that appeared on the soundtrack to The Princess Bride. He passed away three years ago, but his music continues to be reissued, especially in Europe.

Willy DeVille In New Orleans has just been issued featuring a collection of studio and live recordings, some never released before.