Maori Council co-chair Maanu Paul on the two claims brought by Maori Council president Sir Graham Latimer, the council itself and 11 others. The Council will argue that water rights grievances need to be settled before up to 49 percent of state owned enterprises – starting with Mighty River Power – are sold.

Professor Jennie Connor is the chair of the university's alcohol implementation group, which has been set up to try to reduce drinking among students.

09:30 The director of the Peter Jackson documentary West of Memphis

Amy Berg directed Sir Peter Jackson's documentary West of Memphis that tells the story of three US teenagers released last year after being convicted of the murder of 8 year old boys. The film was produced by Jackson and his partner Fran Walsh , who also financed the defence of Damien Echols, Jason Baldwin and Jessie Misskelley.

The film will screen at this year's NZ International Film Festival which starts in Wellington this month.

Iain Banks gained attention and notoriety when his his debut novel, The Wasp Factory, came out in 1984. Since then he has written almost 30 books ranging from fiction, and science-fiction under the monica Iain M Banks, to a book about his love of whisky. His latest novel is called Stonemouth.

Told with wit and insight, Hard Up (NZ) Ltd, paints a portrait of life on the benefit in a small New Zealand town.

Alex Mackay started off his cooking career in Wellington and has worked as a chef at Michelin-starred restaurants in France, Italy and the UK. Having run Raymond Blanc's cookery school and founded the internationally acclaimed Baou d'Infer cookery school in Provence, he now teaches alongside Delia Smith in England.

Cookbook for Everybody, Everyday,  published by Bloomsbury.

The latest offering in the NZ Cycle Trails network – the Motu Trails, in the Bay of Plenty, which opened a couple of months ago. There are three interconnecting trails that take a rider between Opotiki on the coast and Matawai in the Raukumara Range. 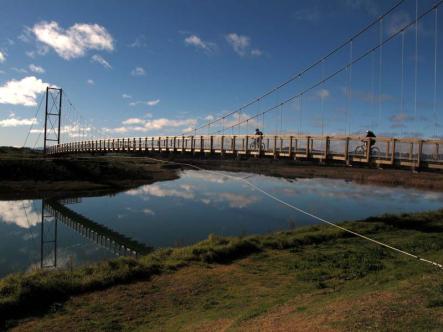