09:05 Housing NZ's CEO on how the department is dealing with New Zealand's most vulnerable tenants

Lesley McTurk addresses issues facing Housing NZ including a family of six living in a room at a boarding house who've struggled to make contact with the department to find a house, the new 0800 number, and the state and sales of its housing stock.

09:30 Structuring the share floats in the SOE's being sold by the Government

Forsyth Barr managing director Neil Paviour-Smith on how so-called 'mum and dad investors' will get a slice of the action after the legislation paving the way for the partial sale of four SOE's passed through parliament.

Backbenchers seeking a bipartisan approach to asylum boats; the mining magnate and the media; and Parliament's Speaker hits back over sexual harassment allegations.

Bunker Roy is an Indian activist and philanthropist who's spent decades nurturing the rural poor in his homeland by teaching practical skills through The Barefoot College. Four decades after its establishment, The Barefoot College has trained people in remote villages in 16 Indian States, educated more than 50,000 children through their night schools, and expanded into Africa and the Middle East.

In today's selected columns Steve starts digging around in old cemeteries and attends a country wedding.

Jeffrey Lee Pierce the late leader of The Gun Club; a band to come from the post-punk scene of Los Angeles in the early 1980s. Their wild, unrestrained combination of rockabilly, blues and punk has been compared to The Cramps, The Bad Seeds and The Blasters. His music lives on thanks to The Jeffrey Lee Pierce Sessions Project, a community of musicians/artists/fans that includes Nick Cave and Deborah Harry. The Project has released two albums full of Pierce's songs…the second, "The Journey Is Long", is just a few months old. Another is said to be released later this year.

Solo exhibitions in Christchurch and Wellington by Ann Shelton, Ben Buchanan, and Hannah and Aaron Beehre, and a new way to discover and share our culture and heritage through the Digital New Zealand website. 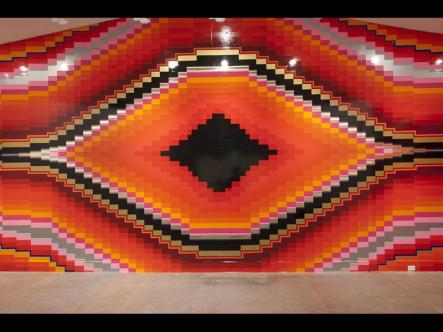 Get a daily dose of DigitalNZ sets with The DigitalNZ Fan Club site.