09:05 Judge Carolyn Henwood on the link between foster care and crime

The parole board member, former youth court judge and chair of the Henwood Trust discusses how to stop so many of thousands the children who are taken into state care from ending up in prison.

09:30 Diabetes-related eye disease in the Pacific

Andrew Bell is the executive director of the Fred Hollows Foundation NZ, which is opening a diabetes eye centre in Suva. Andrew discusses the diabetes epidemic the Pacific, and its impact on eye health. Around 41% of adults in Fiji have diabetes, and Pacific-wide the rates are amongst the highest in the world.

The latest on European debt crisis and the Breivik trial ends in Norway with a walkout by victims and families of those killed.

Northland man Laurie Williams who makes custom built guitars, violins and ukuleles out of native timber including kauri. He is also one of the subjects of a new documentary to screen at the 2012 New Zealand Film Festival called Song of the Kauri. 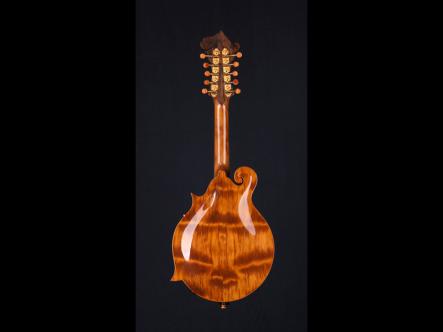 A mandolin made by Laurie Williams, made with ancient kauri.

The Daughters of Mars by Tom Keneall
Published by Vintage Australia

A collection of columns by an award-winning chronicler of our life and times Steve Braunias.

Joan is an experienced cook and a recipe developer and she has written a monthy column for the Otago Daily Times for the past 25 years.

What to do if you get lost in the bush.

Played at 09:46am
Spinning Top by Solar Rosa and LA Mitchell
By Sparaggon and Mitchell
From 2012 album Low and Behold, High and Beyond
NZ On Air Kiwi Hit Disc 1