09:05 How to achieve job growth in Europe in the midst of austerity measures

Shaun Forgie, project leader, Biological Control of Dung for Landcare Research (New Zealand Dung Beetle Project); and John Pearce, an organic farmer on the Kaipara Harbour north of Auckland – 15 years ago he had dung beetles introduced to his property by Shaun Forgie and says the results have been phenomenal.

The Australian media in turmoil after Fairfax announcement and the issue of gay marriage.

Rangitira tells the story of Paratene Te Manu, the rangitira who sat for Gottfried Lindauer. In the book, Paratene Te Manu tells Lindauer about the ill-fated trip he made to England in 1863 when he and 13 other Maori rangitira travelled the country to meet with royalty and aristocracy – before the visit disintegrated into estrangement and mistrust. 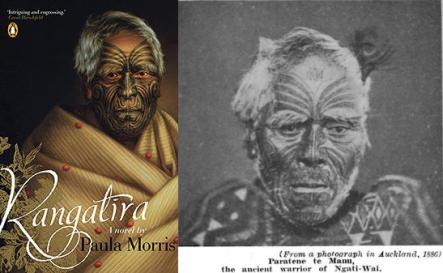 Catching the Sun by Tony Parsons
Published by HarperCollins

Fiona Apple emerged in the middle 1990s in the wake of the success of Alanis Morissette, when labels were signing female singer-songwriters left and right. Fiona quickly established herself as an artist to be reckoned with thanks to 'Criminal' the hit single (and video) from her 1996 debut album Tidal. Since then, Apple’s work has been sporadic, unconventional and fascinating. She has only released three albums sinve her debut, the most recent, titled The Idler Wheel Is Wiser Than The Driver Of The Screw And Whipping Cords Will Serve You More Than Ropes Ever Do has just been released this week.

Workplace email policies – how much can your boss find out about what you write in your emails and your other computer use at work?

Films for scientists and engineers.

Played at around 10:37am
Fats Domino: Lady Madonna
By Lennon/McCartney
From the Lennon McCarthney Songbook
(EMI)