09:05 Soaring debt of the country's councils

The level of councils' debt quadrupled over the past decade to nearly $8 billion. The figure has alarmed groups like Federated Farmers which says its out of hand and reform of local government is needed.

Massey University literacy specialist Professor Tom Nicholson, who has set up a programme that saw 11,000 free books delivered to 600 year-three children in Auckland over the summer holidays.

The lack of surprise in Russia as Vladimir Putin claims victory in the presidential election.

Marianne Elliott is a writer, human and environmental rights advocate and international yoga instructor. Trained as a lawyer, Marianne led the creation of the Action Plan for Human Rights in New Zealand. She spent two years working in human rights in the Gaza Strip prior to her time with the UN in Afghanistan.

Zen Under Fire by Marianne Elliott
Published by Penguin 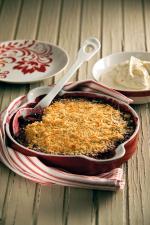 Runner up in 2011 NZ Masterchef on her new cookbook, Jax Cooks Great Food for Family and Friends.

Paper wasps and the 'King of Sting'.