A Horowhenua library is in a legal battle with US corporate over the trademarking of the word 'koha' and an open-source library system developed in New Zealand.

Rick Shera is a partner at Lowndes Jordan law firm.

How Prime Minister Julia Gillard's poll ratings are beginning to turn as parliament enters its final week of the year.

Dr Penny Patterson is the president, director of research and co-founder of The Gorilla Foundation. Penny has worked with the gorilla Koko for 40 years and started her teaching sign language when she was one year old. Koko now has a working vocabulary of more than 1000 signs and understands around 2000 words of spoken English. It's the longest interspecies communication study ever undertaken. 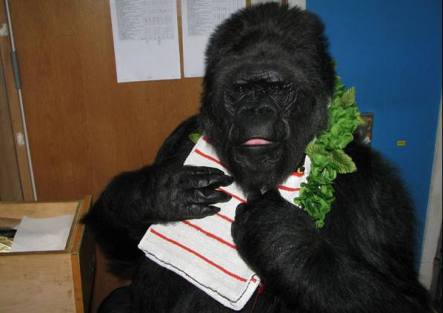 Beat Till Stiff: A Woman's Recipe for Living by Peta Mathias
Published by Penguin

Blues and R&B singer Etta James has just released a new album called The Dreamer, which will most likely be her last due to several illnesses she is suffering including Alzheimers. Marty takes us to 1954 and her first recording and features her rendition of I'd Rather Go Blind.

Mental harm in the workplace.

Should we believe the "margin of error" number stated on opinion polls and the implications of this for the NZ election.