09:05 Parliamentary Commissioner for the Environment calls for greater 1080 use

Two education researchers who were so concerned by the lack of understanding among parents of how the NCEA works, they have written their own guide for students and their parents.

Elizabeth McKinley, associate professor in education at the University of Auckland and director of the Starpath Project for Tertiary Participation and Success; and Irena Madjar, coordinator of the qualitative research studies for Starpath Project, including leading an investigation into understanding of NCEA by parents and teachers.

Award-winning physics professor at Cornell University in the US who has just written his first novel, Spiral. The nanoscience-fuelled thriller has been likened to the writing of the late Michael Crichton.

A cross cultural comedy of errors ensues when a fresh young teacher discovers a real human skeleton in a school resource room.

Marty Duda's Artist Of The Week is Buffalo Springfield

Forty-three years after they split up, the surviving members of Buffalo Springfield (Neil Young, Stephen Stills & Richie Furay) have reunited for a tour of the US The band formed in 1966 and, during its short 25 month life, produced some of the finest music of the 1960s with songs like For What It’s Worth, Expecting To Fly, Bluebird and Broken Arrow. After the split, Furay went on to form Poco, Stills joined Crosby & Nash and Young began his illustrious solo career. Now they are together again.

The Venice Biennale, including NZ representative Michael Parekowhai and the winner of the Golden Lion, Christian Marclay.

On First Looking into Chapman’s Homer: a sculptural installation by Michael Parekowhai 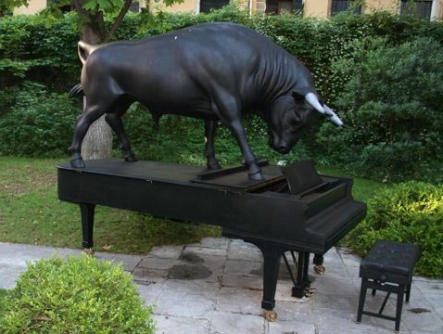 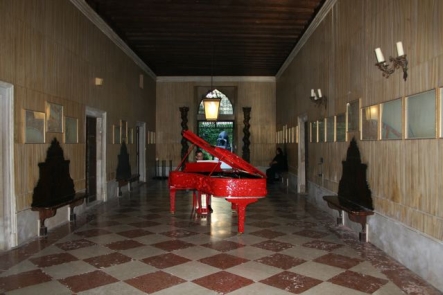