Tom Love, a principal of consulting firm Sapere Research Group, who was commissioned by the Canterbury District Health Board to examine the population impact of February's earthquake.

An inner city tale about death and a search for deeper meaning in the routine of urban loneliness.

Featuring the music of Derek Trucks

Derek and and his wife Susan Tedeschi's band will perform in Auckland at The Powerstation on Wednesday.

Inglewood-born artist Michael Stevenson's show at the MCA in Sydney, and three artists celebrating the hand-made at the Govett-Brewster Art Gallery in New Plymouth. 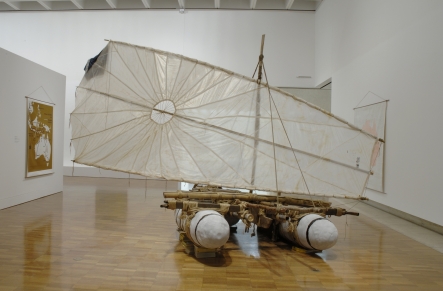 See images from the exhibition

Francis Upritchard at the Venice Biennale