Nine To Noon for Wednesday 9 February 2011

Patrick Walsh, president of the Secondary School Principals Association; Colleen Brown, Manurewa local board member, who is also on the district health board. She became involved in a case where social workers took four months to remove a wheelchair-bound boy from his home following allegations he was being beaten, burned with cigarettes and starved; David Langford, principal of Awapuni School in Gisborne; and Bernadine Mckenzie, head of Child Youth and Family.

09:30 How do you protect yourself from scammers - some of whom use intimidating methods to get you to hand over your money

Dan Steele farms over 5,000 acres in a remote area of the Ruapehu District.

Bury Your Dead by Louise Penny
Published by Sphere

A reading of the epic novel in verse by the poet Zireaux where Archady, a disenfranchised and disenchanted artist and husband, lays claim to a tiny island off the coast of New Zealand.

Artist of the Week: The Decembrists

The impact of election year on business and citizens in public law terms.

See images of the crabs spiders and pitcher plants referred to in this story. 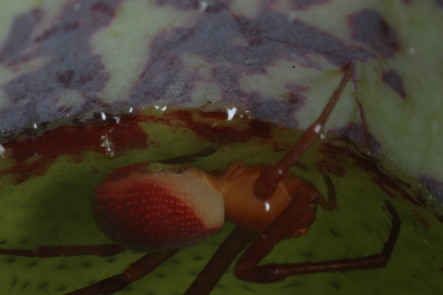 The air bubble the pitcher plan crab spider carries on its ventral abdomen, where it has its respiratory organs, so it can breathe underwater when it submerges in the pitcher plant fluid.