Nine To Noon for Tuesday 8 February 2011

The Caddick report into NZ on Air music funding (pdf).

Where does nature end and nurture begin? How harmful is TV for young children? And what is the best predictor of academic performance? Developmental molecular biologist and best-selling author John Medina answers the key questions on the development of the brain from the womb, through to the early years.

John Medina is the author of Brain Rules, which was a New York Times bestseller. He's now followed that up with Brain Rules for Baby.

The Unidentified by Rae Mariz
Published by Text

10:45 Reading: The Yellow Bikini a short story by Huberta Hellendoorn

On holiday at Tata Beach, Emma recalls her first experience of the sea and childhood in Holland, the yellow bikini she wore, and her move to live in New Zealand.

The labour market, the up-coming company results reason and the latest in the Chinese takeover bid for PGG Wrightson.

Documentary maker Alexandre O Phillipe explores why so many Star Wars fans have turned against its creator George Lucas. From being a hero in the eyes of tens of thousands of devotees of Star Wars, and The Empire Strikes Back - he has since been decried for the prequel Trilogy - and in particular the character of Jar Jar Binks - making him the constant target of bloggers, critics and satirists. 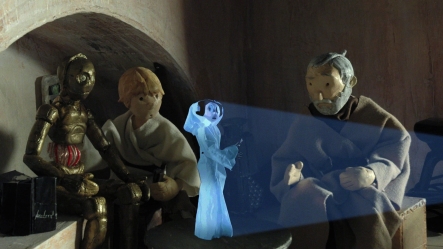 A still from The People vs George Lucas.

Should the media pay to cover public events like Waitangi Day? And coroners allowing the details of suicides to be reported.